The Legacy of Sherlock Holmes 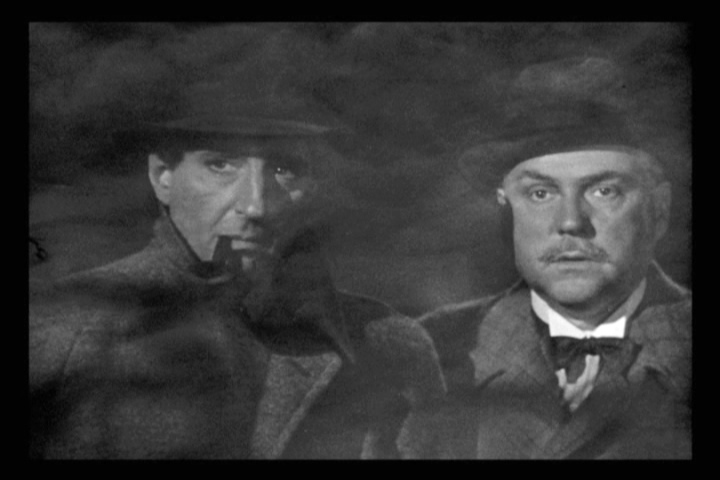 ‘How often have I said to you that when you have eliminated the impossible, whatever remains, however improbable, must be the truth?’

Sherlock’s back. This means that every Sunday, without fail, from 8.30pm onwards, my Facebook and Twitter newsfeeds were filled with comments on the week’s episode and declarations of love for the increasingly popular Benedict Cumberbatch. The series is based on books from the turn of the century, the fin de siècle era, and the time of painfully reserved Victorian literature, where people could be shocked by mention of a lady showing her ankles. Certain enthusiasts may promote the works of Thomas Hardy and D.H. Lawrence as superior literature, however the fact remains that they have little popularity outside the sphere of teaching English. At least, that is, when compared to the likes of Sherlock Holmes.

So how has the work of Sir Arthur Conan Doyle remained so popular amongst such a range of people?

Sherlock Holmes is undoubtedly a household name. He is as iconic as the likes of James Bond, Doctor Who, and Harry Potter, and is arguably the nation’s best-loved literary figure. Although this popularity owes much to the numerous film and TV adaptations of Conan Doyle’s works, what has made Conan Doyle’s writing so appealing that his creation has endured over one hundred and twenty years of popularity? Benedict Cumberbatch and Robert Downey Jr. might be the first two people who come to many of the nation’s minds on hearing the name Sherlock Holmes, yet popularity across mediums is still indeed popularity.

Holmes is the kind of accessible genius that has inspired the likes of Marvel’s Tony Stark, an ordinary human being capable of fantastical ideas, and just as capable of putting them into action. Wit and intelligence, displayed in a humourous setting, makes for a character accessible to a larger range of people than just those interested in crime novels. Holmes is universally admired for his detective skills, renowned for being able to draw conclusions from the tiniest details of evidence. Claimed by Conan Doyle to be based on the real life work of Dr. Joseph Bell, a medical lecturer at the University of Edinburgh, this almost supernatural skill is undoubtedly a huge part of Holmes’ appeal. His slight oddities on account of his genius, combined with his tendencies towards alcohol and narcotics, make him a more human, relatable figure, similar to Ian Fleming’s portrayal of James Bond’s inclinations towards alcohol.

Crime fiction is an especially popular genre of literature, and combined with Conan Doyle’s humorous and dramatic writing style his works appeal to a wide audience as comedies, something which the screen versions try to imitate. Sherlock Holmes has inspired the likes of CSI, a predecessor to their much more technologically advanced forensic investigations, and the work of authors like Dan Brown, where the crime is unraveled throughout the book in a clever and often unexpected way. The difference is, with John Watson observing and narrating, Conan Doyle’s Holmes is a remarkably self-assured character who seems to know the answers to the mysteries instantly. The stories merely follow how other people discover what Holmes has already worked out. The only time that Holmes is really foiled in this is in ‘A Scandal in Bohemia,’ when he is unexpectedly outwitted by the notorious Irene Adler.

Sherlock Holmes, as a character, first appeared in A Study of Scarlet in 1887, which was a huge success, inspiring Conan Doyle to write further adventures. However, in 1893, he decided that he wanted to concentrate on more serious writing, perhaps in a similar vogue to some of his Victorian contemporaries. Thus Conan Doyle ended Holmes’ life in ‘The Final Problem’ at the hands of his most dangerous enemy of the series, Professor James Moriarty. However, there was public outcry at Holmes’ death and he was brought back by the popular demand, revived in ‘The Adventure of the Empty House’, where Conan Doyle explains the miracle of how Holmes survived the fall. He then continued to write stories about Sherlock Holmes until his own death in 1930.

Whilst Holmes is simply enigmatic on screen and in print, Watson is a remarkably different character in the books, if only by virtue of the fact that he narrates the books, but appears as a full character in his own right on screen. In the literature, Watson is self-deprecating, which potentially allows him to underplay his role in the adventures, where they might be seen to be overplayed on screen. It also, more often than not, appears that Watson is simply a spectator, called upon by Holmes to enjoy the ride as he unravels the latest mystery, asking questions about Holmes’ methods on behalf of the reader. In the 2009 Guy Ritchie film, Watson and Holmes are portrayed as more of a double act, with Watson (played by Jude Law) as a very necessary sidekick. However that’s not to say he doesn’t play a significant part in the books, indeed Holmes often asks for his opinion on matters, and with his military background, Watson is often called on if the scenario is likely to come to a fight.

The format of Conan Doyle’s writing might seem somewhat unusual by modern standards, but it is in keeping with the Victorian status quo, where serialisation was the norm. He followed in the footsteps of authors such as Dickens, to create an episodic format with each story having its own individual and contained storyline. Perhaps this is what makes Sherlock Holmes so suited for TV, and in turn, such a popular icon. However, Conan Doyle also wrote four longer novels: A Study in Scarlet, The Sign of the Four, The Hound of the Baskervilles, and The Valley of Fear. Although the latter two first appeared in serialised form, these novels are very much suited to film adaptation, hence the existence of nearly 50 film versions of the escapades of Sherlock Holmes.

To be honest, a large part of Holmes’ appeal is simply that he is cool. There’s no other word for it. He’s sophisticated, intelligent beyond belief, and is extremely quick witted. He has a penchant for culture, calmly taking a break from his investigations in ‘The Red-Headed League’ to attend a classical concert, since of course Holmes had by this point already solved the mystery. Yet, perhaps the key part of the appeal of Sherlock Holmes, at least today, is when we look beyond the characters, and to the background. There is something alluring about the Victorian world of London which Conan Doyle describes, illuminated by gaslights, with streets frequented by hansom cabs. The recent rise in popularity of not only the Sherlock series itself, but also the likes of Downton Abbey, suggests that we as a nation are clearly looking back on this era, at least fondly, if not even slightly yearningly.