The Irresistible Rise of the ‘Kidult’ 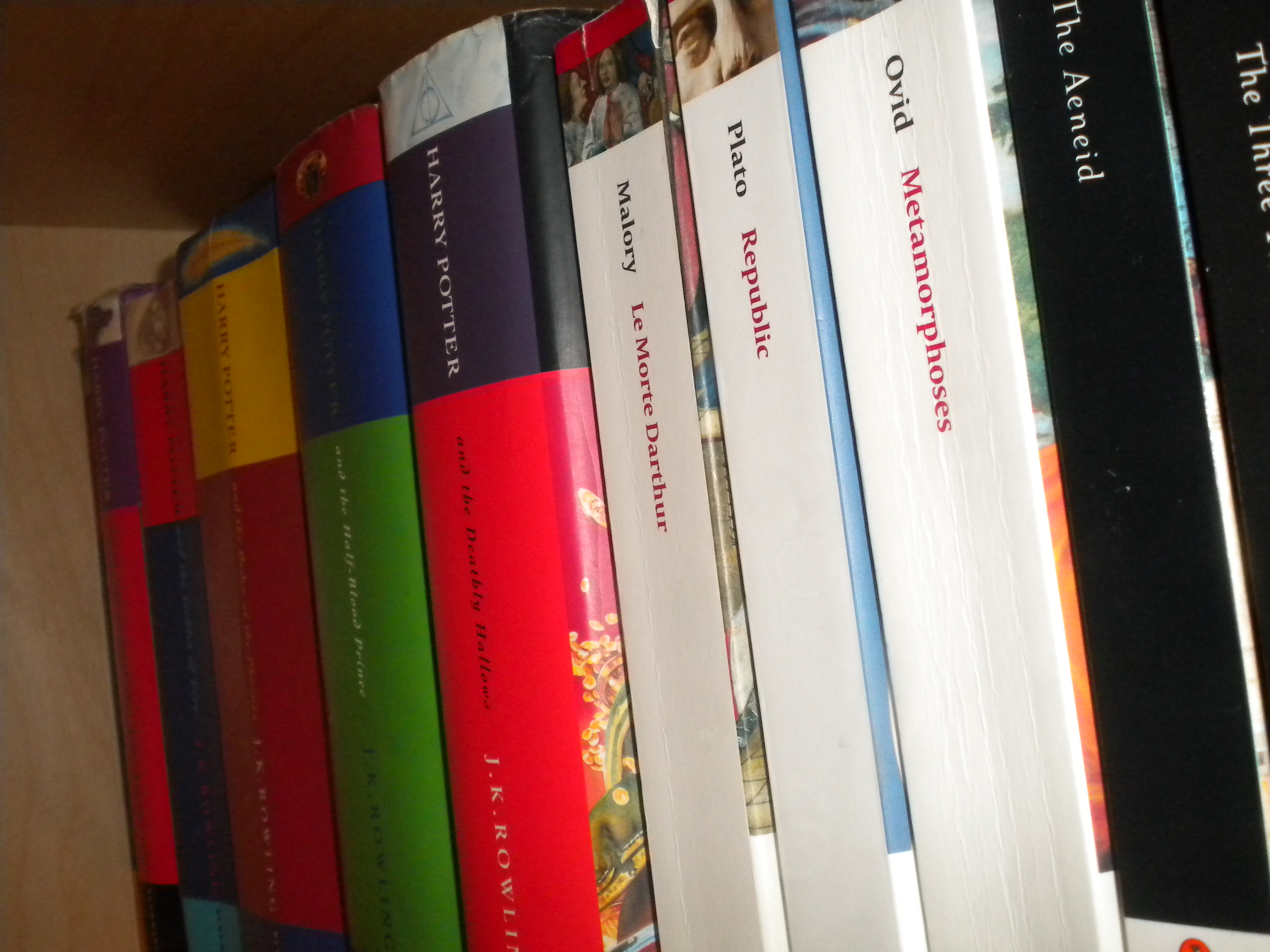 Is the rise of ‘Kidult’ fiction in society something to censure or to celebrate?

I still remember times when I went to the bookstore and there were three major divisions: Children’s Fiction, Teens and Adults. According to my own age I went into the respective section, shopping successfully for adequate books. However with terms like ‘Young Adult’, ‘All Age’ or even ‘Kidult’ coming up the classification has become more complicated nowadays. The Hunger Games would be classified as ‘All Age’, while the Eragon cycle is an example of ‘Kidult’ fiction – or was it the other way round? And where would you put Harry Potter?

In reality novels that appeal to younger audiences as well as adults are hardly a new phenomenon. A famous example would be Tolkien’s The Hobbit, but such a concept dates as far back as Charles Dickens and many of his great novels, such as Great Expectations and Oliver Twist. Adults reading children’s classics such as Dickens, Kipling and Alcott is a widely appreciated occurrence. These texts ask profound questions about ourselves and our own or foreign cultures. As a result those novels which were originally published as children’s fiction are nowadays the subject of academic study. However, the modern ‘kidult’ reader is often frowned upon. Adults who read children’s literature are seen as symbols of the dumbing down of society, and adult infantilisation.

But is this really the case? The writer Italo Calvino, famous for fiction for both children and adults, claimed that sometimes it may be necessary to ‘look at the world from a different perspective and with a different logic’. Children’s books allow us to go back and see the world through the eyes of a child again. While it is true that main themes and motives are repetitive, just take the British boarding school story as example – Rugby School, Mallory Towers and Hogwarts all share characteristics. that is exactly what makes these books so appealing and valuable for adults: we all strive for something familiar.

In his 1968 work The Hero With A Thousand Faces Joseph Campbell explains that the concept of the hero is fundamentally the same for every story centred around a heroic protagonist: a hero is born into a common world, but leaves it to live through adventures and finally returns to his old world. During his quest he encounters stereotypical figures, such as a wise teacher and the antagonist, who is purely evil. Whether you take Luke Skywalker, Harry Potter, the children who went to Narnia or heroes from Ancient Greece or Rome, their journeys all fit into Campbell’s pattern, and their stories were successful because this is what people like to read about. For example Harry Potter is merely a set of modern symbols for the kind of story that has fascinated people since Homer and Ovid. It is important that in spite of all the magic that Harry can conveniently use to let objects fly or repair his glasses when they break, life is never easy for him. Readers, adults and children alike, are reassured that they too can overcome obstacles, even without spells and a wand.

But the critical reader might ask why is it happening now? Is it not the fast paced consumer society that prevents adults from reading ‘serious’ literature and engaging with light-hearted trivialities instead?

The market for children’s books stagnated after Roald Dahl died in 1990, but merely seven years later Harry Potter came along. The moment was perfect and Rowling undeniably a very marketable author. There were no peculiarities surrounding her as with others such as Lewis Carroll – she was just the single mum from Edinburgh who tried to make her living, which was easy to sympathise with. However the fact that Rowling’s sales would soon outnumber Dahl’s was not to be expected. Harry Potter was not only a really good children’s story like many others; it really hit the nerve of the time.

Harry’s world is much like ours. He lives in a consumer society, and those who cannot afford the newest clothes or broomsticks like the Weasleys are left out. Yet Harry consciously chooses the likes of the Weasleys over Draco Malfoy. While Harry still fits into Campbell’s scheme, he is delightfully different: he is not morally good, he deliberately breaks rules. Unlike in classic fairytales there is always just a thin line between good and evil in the Harry Potter series. For example, both sides use unforgivable curses, and Dementors are used as a weapon fighting both against and for Death Eaters: they guard the wizard prison Azkaban, but later change sides and become a powerful tool for Lord Voldemort. There is light-heartedness to be found in the Harry Potter series, and especially in the early books serious scenes are often ended by some sort of comic relief, but later on it is rather the other way round – I can hardly think of a more tragic moment in a book than the death of Fred Weasley, who is hit by a deathly spell in the moment where he laughs at what is probably Percy’s first joke.

As tragedy succeeds comedy and darkness succeeds lightness, which are usually characteristics of adult rather than children’s fiction, the books become more appealing to adults. Children’s books are often educational in one way or another. Naturally Harry, Ron and Hermione or Katniss and Peeta undergo a drastic development as they grow up, but also older and wiser characters, such as Dumbledore and Plutarch Heavensbee make mistakes and are forced to learn from their consequences. While Harry Potter is certainly a tale of growing up and becoming an adult, the books are ultimately about what it means to be an adult.

Whether the hype is really justified may still be open for discussion, but one must admit that many children’s books are not only well-received among adults, but also contain themes that address them exclusively. If our society is ‘dumbing down’, this is not the fault of the child heroes and heroines. On the contrary, one could argue that children’s books, which derive ideas from a great variety of classics as well as contemporary society, are more educational than the latest thriller by Karin Slaughter or Dan Brown.