The Grimm Side to Fairy Tales 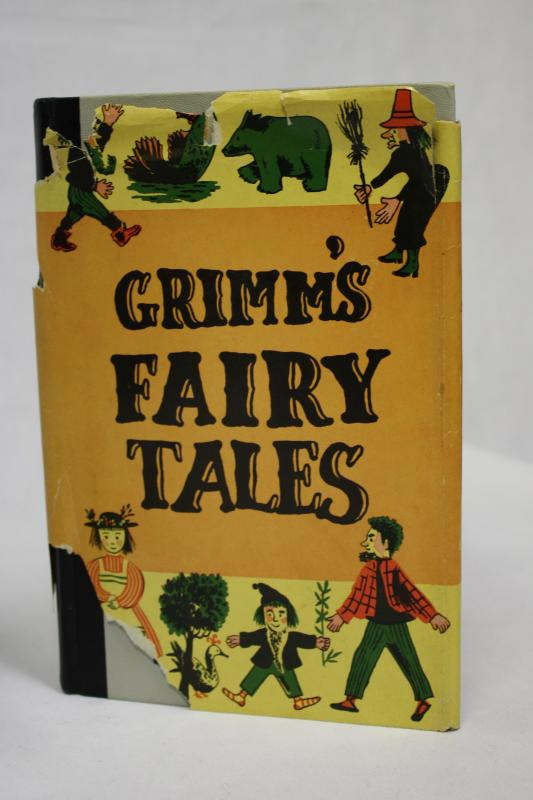 The Brothers Grimm: Who actually lives happily ever after?

Firstly, I’d like to pre-emptively apologise if any of the following content ruins your childhood, as fairy tales undoubtedly form an integral part of one’s life experience. Everyone has their favourite: Little Red Riding Hood, Cinderella, Snow White or Sleeping Beauty. But then again, there’s definitely a ‘Grimm’-er (excuse the bad pun) side to fairy tales; not all of them end happily. In fact, some have fairly uninviting endings (taking the Little Mermaid’s transformation into sea foam and eventual suicide as merely the most obvious example). Are fairy tales as innocent as we generally assume? Or, in fact, do they hide much more sinister messages?

To fully understand what fairy tales are and what they represent, we need to look back and examine their history. During the Middle Ages, Britain and Europe in a wider context were composed of largely rural and closed-off societies. People’s lives were dictated by the Catholic Church and the movements of the sun and moon, with little access to education. So, perhaps to ease the boredom of growing up in the Middle Ages, people told stories. Stories about morals, stories about what to do and what not to do, stories about why we’re here and what our purpose is. We have countless examples of this in the myths of Ancient Egypt, Greece and Rome, but in Britain and Northern Europe fairy tales perhaps constitute the earliest accessible moralistic narratives passed down from generation to generation. It’s important we don’t forget that the vast majority of people living in these European societies were illiterate and had no accessible form of written language, unlike other, more advanced ancient societies in the world at that time. Telling stories and passing them down was one of the only tangible ways of preserving moral lessons and culture.

So, while taking these stories at face value can be both comforting and entertaining, to truly understand what they’re about we need to delve deeper; right into the murky world of Freudian and Lacanian symbolism. Taking Little Red Riding Hood as an example, it’s interesting to note how the wolf is almost always portrayed as a gentleman with an upper-class accent: a warning, perhaps, for young girls not to fall prey to the charms of the lord of the manor? This is not to mention the colour of her cloak itself, with all the connotations of impending womanhood. Still, no one makes fairy tales as obvious as Angela Carter, an English writer who is perhaps most famous for The Bloody Chamber: a book of ‘fairy tales’ with all the implicit sexual symbolism made completely, glaringly evident.

Carter’s collection of short stories is certainly not for the faint-hearted or squeamish: she makes no qualms about rendering explicit even the most innocent fairy tales; extracting the thorny and uncomfortable issues right from their core, and subverting them completely. Her depiction of Red Riding Hood rejects the traditional image of the innocent, victimised girl, and turns her into a woman taking control of her own destiny, and even embracing the Wolf herself. Female power in this collection is a crucial theme, it being written in the heyday of the 1970s feminist movement. Carter’s heroines are, in general, strong ones who invert the traditional narratives and take control: from the narrator’s mother shooting Bluebeard in the The Bloody Chamber, to Beauty transforming into a tiger to run with the Beast in The Tiger’s Bride, the collection is full of strong women, but more generally strong characters; such characters which often seem to be sorely lacking in the original texts.

Perhaps the most salient fact is that this content, at least according to Carter, was already hidden inside the tales: all she had to do was bring it out. This in turns sheds a whole new light on the genre. For example, in Bluebeard, was the girl really so innocent as to live with a man with such an obvious (by 17th century standards) ‘disfigurement’? Or was there a degree of complicity and avarice in her decision to marry him? Carter delves beneath the surfaces of these stories to pick at the emotional and psychological motivations of the characters. As these tales have been told so often they seem to have become one-dimensional, and audiences oblivious to their actual meaning, it is refreshing to see someone approaching these well-loved characters in such a radical way.

With the recent spate of fairy tale remakes including Snow White and the Huntsman, Jack the Giant Slayer even Hansel and Gretel: Witch Hunters, it is clear that directors and the creative industries are beginning to recognise the vast commercial potential of the genre. What will be especially interesting will be to examine the character development in such adaptations: will they follow in Angela Carter’s footsteps (hopefully not too literally, if they’re aimed for children) and concentrate on forming strong, independent characters who could perhaps change the course of the fairy tale? (Although as Snow White and the Huntsman stars Kristen Stewart, I’m not too hopeful…)

The fact remains that within this vast source of literature lies some of the greatest pleasures which people find in reading. For some, fairy tales are what they grew up with, what inspired them to keep reading and, in turn, a passion which they pass on to their children, and their children and their children… I know I’ll be reading fairy tales to my children, despite my knowledge of the murkier content that lies beneath. But I might edit them a bit- instead of a woodcutter killing the wolf, why shouldn’t Red Riding Hood herself do it? Why couldn’t Snow White lead a revolution against the Wicked Queen, and why do Hansel and Gretel go back to their arguably negligent father anyway? Although traditional tales are brilliant, and provide a vital snapshot into a previous culture, through more modern updates they can continue to constitute ‘moralistic’ narratives; teaching children to be strong, to stand up for themselves. Isn’t that what they were created for, after all?