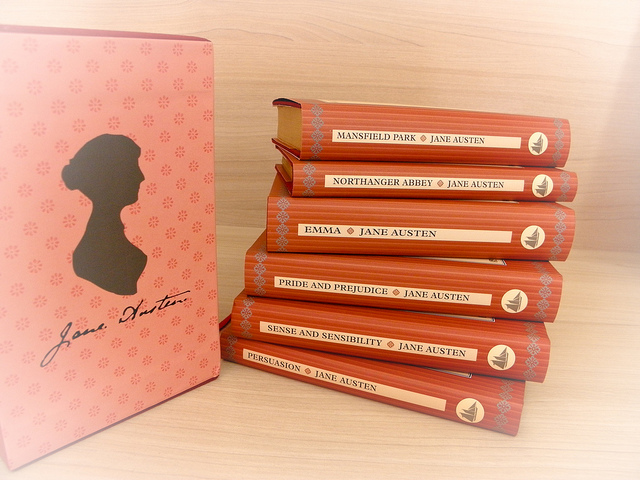 The Austen Project will see six modern adaptations of Austen’s novels written by contemporary authors. Is it just a publishing gimmick?

Jane Austen is one of the most celebrated authors in the history of the English language, and it’s not hard to see why. Filled with wit, cynicism, varied characters and razor sharp social commentary, their popularity has lasted nearly 400 years and shows no sign of slowing down.

However, a plan to revive some of Austen’s classics has proved controversial, sending waves through the literary world. Contemporary authors such as Joanna Trollope have been commissioned to ‘rework’ all six of Austen’s popular novels, including Sense and Sensibility, Emma, and Pride and Prejudice. But do they really need “reviving”? Is this just a cynical ploy from the publishing industry to make even more money out of Austen? Or could it in fact prove valuable for people put off by eighteenth-century prose?

Personally, although Austen has since become one of my favourite authors, studying Pride and Prejudice for my English Literature GCSE actually discouraged me from reading her work for several years, and it was a while before I was feeling ‘adventurous’ enough to pick up an Austen again. The sad fact is, while classics are taught at school (which I fully support), it only takes something as simple as a less-than-inspiring teacher, or even a rowdy class, for a 15- or 16-year-old to be completely put off. Sometimes this ‘damage’ can prove permanent, especially if they aren’t a very confident or enthusiastic reader. As for many of us who were lucky enough to grow up with Harry Potter, and credit the series with really inspiring us to read, these modern reworkings could inspire others and may actually give them the confidence to try the originals. I’m going to go with She’s the Man as an example of this: I’m sure many teenagers tried reading Shakespeare for the first time after watching this remodelling of The Tempest.

In my mind there is also another ‘main’ reason why these novels could help to revitalise Austen’s legacy. Although she is held up as the creator of chick-lit, her books are extremely satirical and sharp, exposing the rampant inequalities of eighteenth-century Georgian society. Her works are primarily about social problems, and social problems are something that we have in abundance in 21st Century Britain. There are numerous examples throughout her works: in Sense and Sensibility, Eleanor and Marianne’s mother can’t inherit because she’s a woman and so the property is passed on to the oldest son, whose wife promptly makes them leave. In Pride and Prejudice, Elizabeth is nearly forced to marry her third cousin, simply because he’s the first person that asks, and in Emma, only women with power and influence can enjoy the luxury of staying single. Although society has come a long way since then, we have just as many issues and problems today as Austen did – national debt and the economic crisis, apathy and depression, worsening relations between racial and religious groups. Our society is just as much a society in crisis. Updating these classics to include some of the very modern problems we now face seems not only relevant but in keeping with Austen’s legacy as a whole.

Austen’s works are considered timeless, and to a certain extent, I agree. People are still kept apart by class boundaries, money is still the driving force of the world and our society and misunderstandings continue to keep people apart. However, the fact remains that problems unique to our era have appeared, ones that Austen would never have even dreamed of: the all-pervading influence of the Internet a major one. Updating these beloved and familiar characters allows these authors to explore other facets of society which simply weren’t applicable in Austen’s time. Whether the characters will have a happy end is debatable, and up to the individual authors, but with luck, they will rise to the challenge and update them to the point where the books aren’t simple retellings, but speak to modern audiences as stories of our times.

So, thanks to this project, more attention will be focussed on the works of Jane Austen, with some of the country’s most well-known writers to bring them up-to-date. Obviously it depends on the specific writers, and hopefully they won’t try to emulate Austen too much but use her style and characters as a springboard to bring her stories into modern times. However, even if the books are awful, we still have the originals to fall back on. Really, I can’t see the downside. Austen revivals—why not?