The Ghost of A Christmas Carol

Katie Lumsden in Literature on 7 December, 2011. 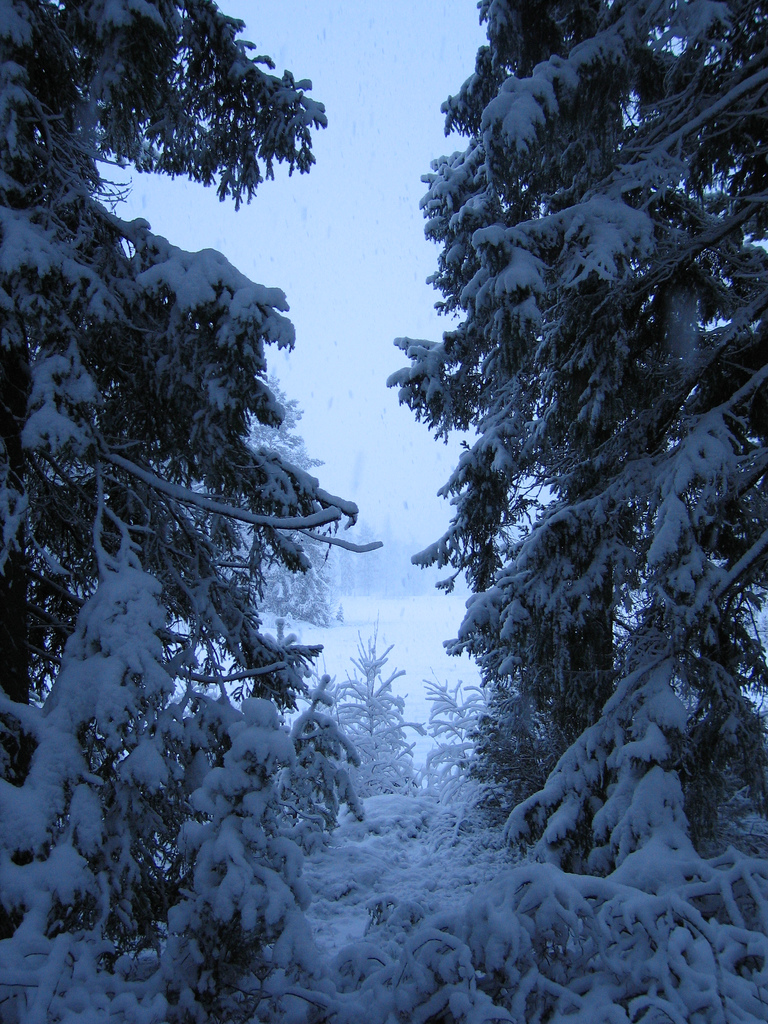 Dickens’ presentation of a Victorian Christmas has endless appeal

It is a dark winter’s night in Durham, with thick snow lying crisp on the cobblestones and thin flakes fluttering through the air. A streetlamp’s dim glow cuts through the fog and it is bitterly cold. You have half lost the feeling in your fingers and toes, and are wrapped up layer upon layer. But despite this cold it is beautiful, and in the light the houses look as though they were made of gingerbread – as though the snow were icing sugar. The sky is black but clear, and the moon is full. Somehow, you stumble across a ghostly figure in Victorian dress. If they were, in this festive air, to ask you what Charles Dickens brought to Christmas, we all know what you’d say: the Ghost of Christmas Past, the Ghost of Christmas Present, the Ghost of Christmas Yet to Come.

Dickens’ Christmas vision in A Christmas Carol has managed to encapsulate much of what we associate with the holiday. The story has become a classic of Western culture and has been wrapped up for us in various different ways – by The Muppets, The Flintstones, Sesame Street, musical theatre, Disney, and even – two years ago – by Catherine Tate. Yet no-one ever gets bored of Ebenezer Scrooge, of the many ghosts, or of Tiny Tim. Nobody remembers Dickens’ four other Christmas stories, or the many references to Christmas in his novels. Everyone forgets that Redlaw and Tackleton reform over Christmas just like Scrooge; that David Copperfield proposes to Agnes at this same time of year; that Pip first meets Magwitch on Christmas Eve; or that the story told by Wardle on that very same night in The Pickwick Papers, ‘The Goblins Who Stole a Sexton’, is, in essence, the very same story as A Christmas Carol. All have faded into long forgotten memories. Only A Christmas Carol has failed to melt with the snow.

Let us return to our snowy Durham street and, as the frosty air whispers past us and the dark sky sparkles with the white of snow, wonder why A Christmas Carol was and is so popular. It cannot be said that the story is only loved because of its ghosts, though they help to make it a timeless classic by removing it from its Victorian context. The tale does not just represent Christmas as it places a firm emphasis on family values, ending with Scrooge becoming Tiny Tim’s second father instead of the lonely man he was at the start. Nor is it merely the famous Scrooge himself that makes this story so memorable, though the greedy, bitter miser who only says “Bah! Humbug!” to Christmas is a frosty character that we’ll never forget.

Watch the beauty of this night, the way the snow shines through the darkness and lights up the world, and you will understand. Essentially, A Christmas Carol is about hope. It is not a Christmas story that deals with God and Christianity, as might be expected from this period in history. Rather than providing religious morals that would feel less relevant to our increasingly secular society, the story focuses on the one thing that everybody always has and always will believe in: hope. This Christmas story is not about snow or parties, romance, religion, turkey, presents, or even about ghosts; it is concerned with the fundamental ability for humans to change, to develop into better people and therefore find happiness. Every Scrooge can make “his own heart laugh” through the joy of caring for and helping others, and every Tiny Tim can live. The moral of A Christmas Carol is one that extends to all humanity at all times. It is not just a Victorian story or even just a Christmas story; it just so happens that Christmas, being supposedly the time of year when families are together and people are at their happiest, is the season when this moral is spoken and heard the loudest.

A Christmas Carol will not die: it lives on as a sort of parable. The moral is put across not only through the warnings in Scrooge’s visions, but through the character himself as he reforms his character and comes to encapsulate the moral of the story. What Dickens tells us is that human sympathies, friendships, and family relationships are better than money, that cheer always wins over bitterness – and, moreover, that people can alter their ways. In this way the story is filled with an ultimate hope for humankind, and that idea is something that fills our hearts with as much joy as the first flake of snow.

So we can watch the snow melt, and we can pack away the Christmas decorations; we can take down the tree and eat the last scraps of leftover turkey – but A Christmas Carol will be haunting us for a long time yet.