The Future of History 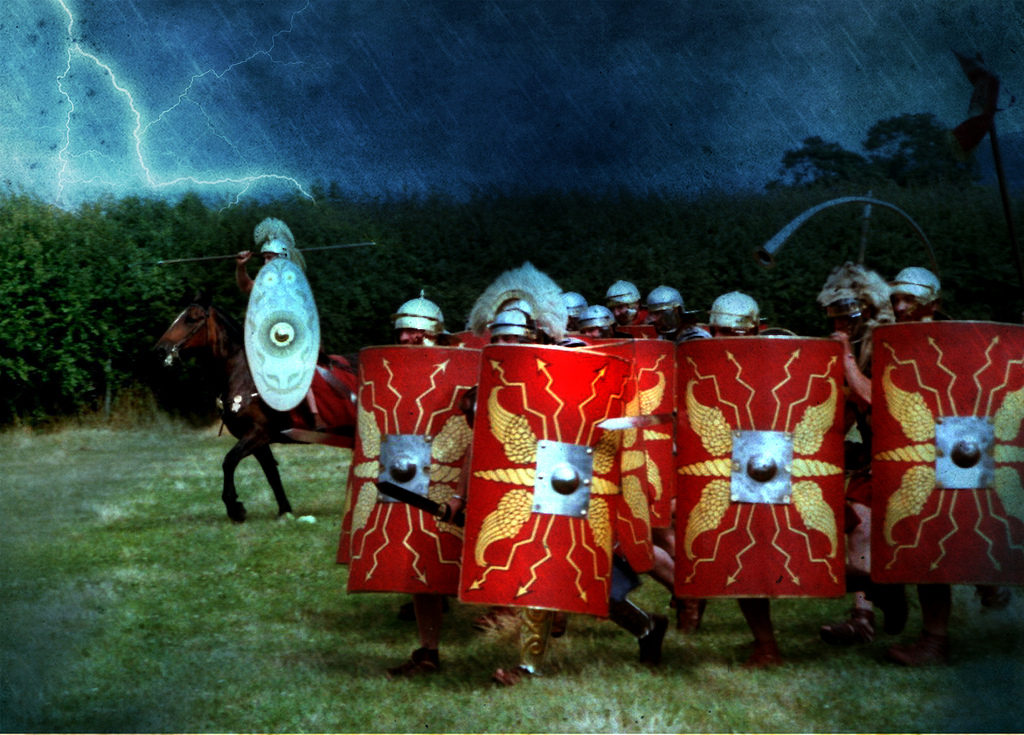 “Historical Fiction can contend with any number of themes; just in a more interesting and extreme setting…”

With reading lists being the weary slog that they are, I often get asked which genres of literature I prefer to read in my spare time. My answers to such questions have always varied, but there is one particular area of literature which is often met with incredulity (and often a hasty change of subject) when mentioned, and which I think is sorely underappreciated by my own age group. I have come to a depressing realisation that when I mention ‘historical fiction’ as a genre, many people imagine me to be reading extracts from the Domesday Book. However, I am keen to illustrate that such texts are absolutely not what I mean by historical fiction, and that this genre is not aimed just, or even at all, at academics.

There is a temptation, especially among younger readers, to dismiss such a genre as boring, unappealing, or even arrogantly academic. Sadly, this reaction is unsurprising, and even logical. There certainly is a strange juxtaposition in the words ‘historical’ and ‘fiction’ which could dissuade any reader – how can anything based in historical fact be described as fictitious or unreal? I believe the general misgivings about this genre can be attributed to a common underestimation of the word ‘fiction’: to many people, ‘fiction’ has falsely become a synonym for ‘books’ or ‘literature’, and thus gets ignored in favour of any accompanying words. In actual fact, for the genre of historical fiction it is the very distinction of ‘fiction’ which really makes it interesting. These texts may deal with factual and historical subjects but, crucially, these ‘facts’ are embedded in a fictional narrative which allows the author to embellish and dramatize them. Historical fiction makes history accessible and compelling to modern audiences.

So why should you try historical fiction? I would argue that any individual who loves to read should give it a fair trial, simply because the term encompasses many other genres and themes, and thus presents an original take on usual preferences- whichever genre you usually read that is based in a modern setting will almost certainly have its own equivalent in historical fiction. If you are an avid crime fiction reader, for example, then you would certainly enjoy Lindsay Davis’ Falco series, which follows the investigations of the Roman informer Marcus Didius Falco in the 1st Century AD. Falco as a character is completely fictitious, as I believe are the crimes he investigates. But by placing him in a real, historically accurate setting Davis introduces the world of crime fiction to a plethora of new, intriguing crimes and motives, from a society where both crime and retribution were more brutal than any modern novel could realistically account for.

Furthermore, those who love power and politics cannot fail to enjoy Conn Iggulden’s bloodthirsty Emperor series, which follows with gripping narration the most renowned Roman of all time, Julius Caesar, right through from childhood to his violent end in betrayal. If you’re a fantasy addict then historical fiction such as Iggulden’s other series Conqueror might present a (lamentably) better socially-regarded area of literature, one which can be passed off as educational whilst retaining many of the key themes and tones of George R.R. Martin. If you go far enough back in history there’s even a hint of magic- just try Manda Scott’s fantastic series ‘Boudica’, which I freely admit is one of my favourite literary series to date. Historical fiction can contend with any number of themes, just in a more interesting and extreme setting than our own modern-day environment.

Historical fiction does not only have value in its presentation of an alternative take on your usual genres. This is a genre to be reckoned with on its own merit alone. Just like many other genres you have read and loved historical fiction relates actions and events of love, greatness, violence and betrayal. But here such depictions have much more impact, because there is always the underlying knowledge that they are in some part true. Any twelve year-old could tell you that Henry VIII was a dangerous husband, but through Philippa Gregory’s novel The Boleyn Inheritance we walk with Katherine Howard to the block, with the chilling knowledge that the fictional terror Gregory depicts was a horrifying reality for a young woman who, not long ago, was every bit as human as we are. Some people might argue that the concept of historical fiction is flawed because, with a basic historical knowledge, readers already know the ending. In answer to this I would say that any viewers of the 1997 James Cameron film Titanic cannot have been in any doubt of the eventual fate of the voyage, yet to this day it is one of the most successful films ever released. Thus, though we may know the outcome of many historical events depicted in fiction, we cannot know the fates of the fictional characters embroiled in them, or else we cannot forewarn our historical narrators of the fates we know are in store. It is this which makes the narratives so compelling; historical fiction gives a basic historical education which is completely disguised in a gripping and addictive narrative – preferable to any history lesson I ever endured.

If I have succeeded in persuading you to try out historical fiction then please find a book shop and buy the first Conn Iggulden or Manda Scott book you see. But if you still need convincing then I would recommend trying some of the film or television adaptations of historical fiction. For example, the 2008 film adaptation of Philippa Gregory’s The Other Boleyn Girl features Natalie Portman, Scarlett Johansson and Eric Bana, which in itself is a good enough reason to give it a go. I would further add that though Russell Crowe’s character in Gladiator is not based in literature, it does present a faithful idea of the themes and tone which makes narratives of authors such as Conn Iggulden or Bernard Cornwell so compelling. If you appreciate history in any aspect of life then historical fiction is a genre of literature and media which you really cannot dismiss.