The Books That Made Me – Part I 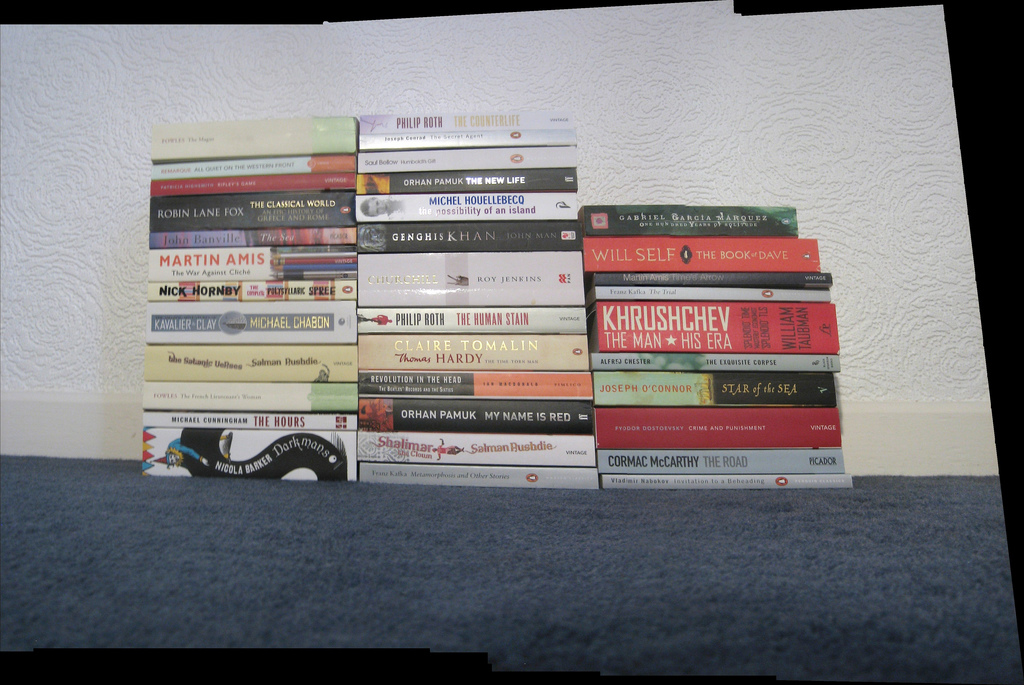 How many of these are your favourites?

As an English literature student, my all time favourite books are something that I have debated at endless depth, generally failing to reach a definitive conclusion. Sometimes though decisions simply have to be made, and the following is the result of an at times painful selection process.

The first of my three books is by Joseph Heller. Set during the Second World War on an imaginary US airbase on an island off the coast of Italy, the book melds the horror and the farce of war into a kaleidoscopic and at times nightmarish vision. Despite WWII being a setting that is familiar to us through numerous films and books, upon stepping into the world of Catch-22 any semblance of logic is left far behind. Hilarity, brutality and confusion all coexist, and it is this that makes it one of the most affecting and enjoyable books I have ever read. Characters range from the absurd to the very absurd. While the farcical aspects of the book are enjoyable, it also manages a broadside against war and the acts committed in its name. Deserters are arrested whilst rapists are allowed to walk free, and those in charge are more concerned with making attractive patterns with bombs than actually winning the war. In amongst all of this is the story of one man who simply wants to survive, and who rejects the blind patriotism that would see the senseless sacrifice of young men whilst old men gorge themselves on the spoils of war.

, by the Colombian author Gabriel Garcia Marquez, tells the story of the Buendia family, and the jungle town they helped to found, over the course of one hundred years and many generations. The town acts as a metaphor for the founding of Colombia and its subsequent fate. While it offers an historical narrative for the fate of the Colombian nation, the book is a bewildering but elegantly poetic journey through the surreal. Perhaps the classic example of Latin American magic realism, truly extraordinary events are presented as being entirely mundane. One character suddenly leaves the novel by ascending to heaven one morning whilst doing the laundry – she is too beautiful to exist in the world. This beguiling use of the surreal is something quite particular to Hispanic fiction, and from perspective of the European reader gives the book a quality of “otherness” unlike anything in Western literature.

Marquez writes with an at times overwhelming poetry and intensity of feeling. Generation after generation of the Buendia family are described in astonishing detail, and Marquez’s method ensures that the novel is always at its most interesting point. However, this is a book that rewards patience – the ending manages to bring the myriad strands of history of seven generations of the same family into a conclusion which betrays breathtaking depth and scope on the part of Marquez.

The last of my three favourite books is by George Orwell. There can be few books that have had so profound an influence on modern popular culture – whether we have read the book or not we are surely all aware of the concept of “Big Brother” and the surveillance state, or at the very least have some idea of the premise of the infamous reality show of the same name. The book is famously known for the being a highly prescient vision of the future – a future in which we are constantly observed by faceless men behind screens, and where wars are waged without reason and without end. However, I love this book perhaps for the same reason that almost made Orwell call it “The Last Man in Europe”. It is that rare thing – a book where the “hero” loses. However, it is a world where there is no way of winning, nor is there anything to win. There will be no glorious revolution against The Party. The main character Winston Smith rebels simply by being a human being and daring to live. The crushing nature of his defeat however is an eternal reminder of the malignant effect of tyranny on the human soul. 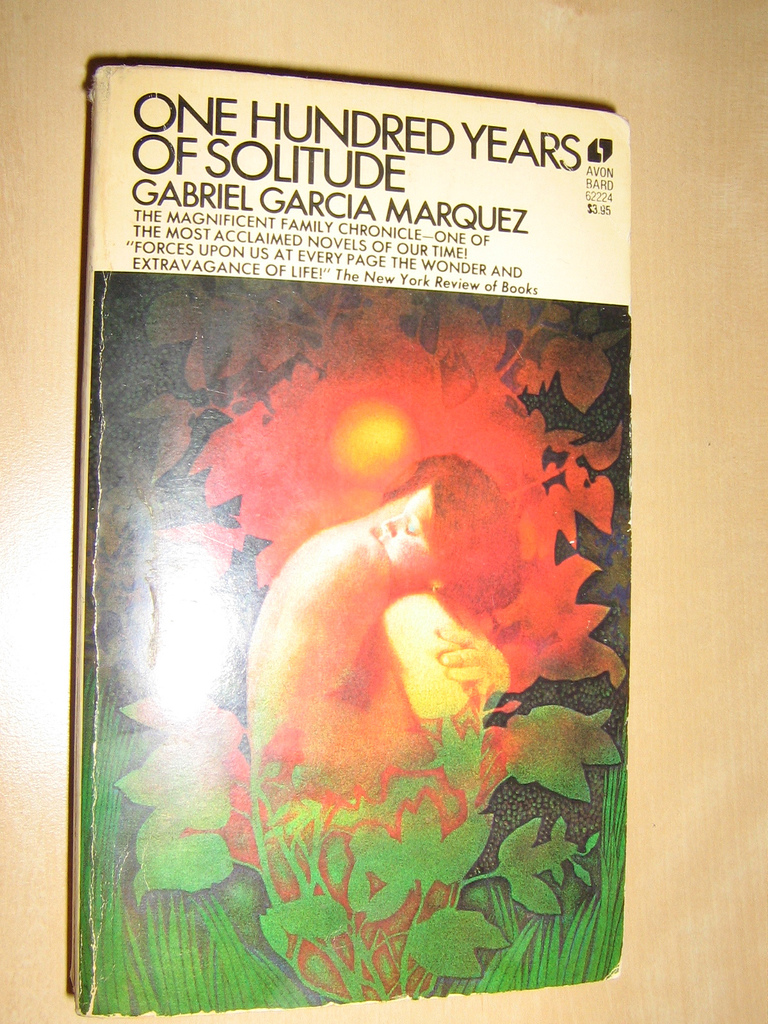 A favourite of many readers

When deciding on my top three books, so many great novels sprung to mind, but I wanted to choose a text that was striking and original; something that had left an impression on me. Gabriel Garcia Marquez’s One Hundred Years Of Solitude immediately came to mind, as his fantastical expression of reality is what makes it such a memorising and unique read. Encompassing the experiences and evolution of the Buendia family with a charismatic, lightness of style, Marquez charmingly explores a world where fiction is more sincere than reality. Typical of magic realism, the Buendias encounter the miraculous and the surreal, yet despite the dream-like scope of the novel, the plot is always grounded by a sense of logic. Although it’s a logic rationalised beyond our notion of realism, it subtly captures and follows the way in which we would like to think. It is a reality that is subjective to its characters’ conceptions, where superstition and myths offer a credible history of their people’s existence. Each generation is tied together by inherited character traits and flaws which become magnified and intensified over time, weaving an aura of dissolution and decay into the central theme of solitude. As Marquez charts the rise and fall of the town of Macondo and its inhabitants, he evokes the colonisation of Latin America and its culture. After the unthinkable horrors of his country’s history, the casual and commonplace violence in the text support how reality can so easily be blended and confused with the absurdity of fiction. Time is even in a constant state of flux where characters just as easily forget the past as recall the future. It is this sense that eternity seems to be unfolding within the span of a hundred years that reflects the impressive and powerful nature of this beautifully written book.

The supernatural and the superstitious are also embedded in Toni Morrison’s , where the unusual narrative style is diffused with a dark, gothic tone. Ghosts, premonitions and the return of repressed memories heighten the enigmatic and macabre dimension of this novel. But what makes it so unique is the subtle blend of horror and beauty, as Morrison gives the reader a disturbing story of the power of a mother’s love and the tragic consequences of her actions. Flitting between the present and remembered experiences, this disorientating text introduces Sethe, a runaway slave-girl, and her struggle to come to terms with her past. Painfully reconstructing these wilfully forgotten memories, Morrison compassionately and sensitively draws on the violent and agonising history of African Americans. This emotionally charged novel, with its confessional style, hauntingly explores the typically undisclosed black slave psyche, following its suppression and eventual empowerment. Bringing to the light the resistance and endurance of her characters, Morrison is able to give a powerful voice to those previously repressed into silence.

Daphne du Maurier’s is another equally intriguing novel that beautifully weaves mystery, horror and suspense into elements of its narrative. This air of mystery clings to the novel and gives it a dream-like, almost gothic quality that lifts it beyond a typical Victorian romance. From the perspective of a shy young girl, we learn through flashback of the shadowy Manderly House and it is haunted by reminders of its deceased mistress Rebecca. Imposed upon by nightmarish servants and isolated from a distant and distracted husband, the young girl desperately tries to uncover the dark secrets that others have determined to keep from her. Through this sinister novel, Du Maurier masters the power of storytelling and creates such a strong sense of atmosphere and suspense that heightens the intensity of the novel. Tackling the darker themes of hatred and deceit, alongside a charming story of romance and acceptance, makes this a remarkable and gratifying book to read.