‘The Adventures of Curious George’: Body of a Monkey, Heart of a Lion

Louisa Cursons in Literature on 25 September, 2013. 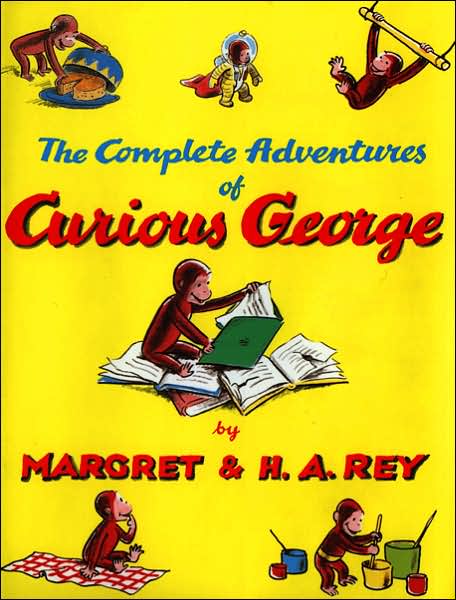 Curious George, restoring “our belief in the ‘goodness’ of human beings”.

Think back to the days when Coco Pops seemed like the greatest invention on earth, when you considered your parents to be the source of all worldly knowledge and your chief concern in life was getting to school on time. It was during this period that you were at your most impressionable. It was then that you began to develop a sense of selfhood and started to acquire individual thoughts and opinions: this was when literature had its greatest impact upon your developing mind. Certain tales, however, left a more lasting impression than others, and taught us lessons that have stayed with us throughout our adult lives. These texts are generically referred to as ‘childhood favourites’, and in my case, came in the form of the inquisitive little monkey named Curious George.

“This is George. He lived in Africa. He was a good little monkey and always very curious.” At the age of four, this description kindled a sensation that I had never previously experienced: that of relating to a fictional character, and a fictional primate at that! George’s enchanting nature stems from his distinctly ‘human’ traits. His gravitation towards an irresistibly yellow hat mirrored my own preference for bright colours, and his decision to put it on triggers an array of thrilling adventures. The appeal of a seductive balloon results in an impromptu flight over the city streets. The allure of brightly coloured paint eventually turns George into a movie star. The temptation of touching the museum exhibits – clearly marked ‘Do Not Touch!’ – somehow makes George the First Space Monkey. Yet the most exciting thing about these tales was the thought that I, a four-year-old toddler, had the potential to achieve similar feats, for I, like George, felt the allure of prohibited objects. I, too, felt that I simply “MUST have a bright red balloon.”

The adventures of this endearing little monkey inevitably result in second, third and fourth readings. His fearless nature and unyielding curiosity strike a chord with every reader; what honest human being could claim that they are impervious to reverse psychology? If told not to touch something, we immediately feel compelled to touch it. If warned not to stray too far from the house, the streets beyond our homes become all the more appealing. A sign stating ‘Do not feed the animals’ only amplifies our desire to nourish the greedy creatures. The only difference is that, as human beings, we fear the outcome of such actions and resist our natural instincts, while George yields to curiosity – with fantastic results.

George demonstrates that there is nothing to fear, that one will always be rescued by a “man with a yellow hat”. We can happily open a Curious George story, safe in the knowledge that he will eventually be saved, that everything will ultimately turn out okay. And this is precisely the world-view that a toddler ought to have. Children should feel that the world is a safe place, and that they will always be protected from harm by their guardians. George’s exploits reaffirm this concept, giving children the confidence to explore the world around them, strengthening the belief that they can achieve anything they set their minds to. After all, if a fictional monkey can do it, so can they.

However, this notion of indestructibility does not solely appeal to children. Adults, too, gain something from the sheer coincidence of George’s adventures; the fortuitous appearance of the man with the big yellow hat just in the nick of time. It restores our belief in the ‘goodness’ of human beings, and in the existence of luck and fortune. Although they may seem unrealistic to a cynical adult mind, The Adventures of Curious George tell us what we all want to hear: there is always hope.

In writing these tales, Margret and H. A. Rey successfully created a timeless childhood hero. George behaves exactly as all humans wish they could: following impulsive whims. As a result, we immediately relate to his character – an achievement made greater by the fact that the character is not human. It is unsurprising, then, that the tales have been adapted into both a television series and a feature-length film, starring eminent actors such as Will Ferrell and Drew Barrymore.

At the age of four, The Adventures of Curious George taught me a lifelong lesson: not to be afraid of following my instincts. This message has stayed with me ever since my first reading of George’s adventures. It is a lesson from which I believe all adults would benefit, as we all seem to suffer from the same disease: pessimism. If we were to adopt the ‘George’ mindset, fear of consequences would no longer prevent us from pursuing our ambitions. It might appear slightly outlandish, but it seems to me that we could all learn a thing or two from this imaginary monkey, for whom ‘fear’ is non-existent.