Terry Pratchett and the Art of Satire 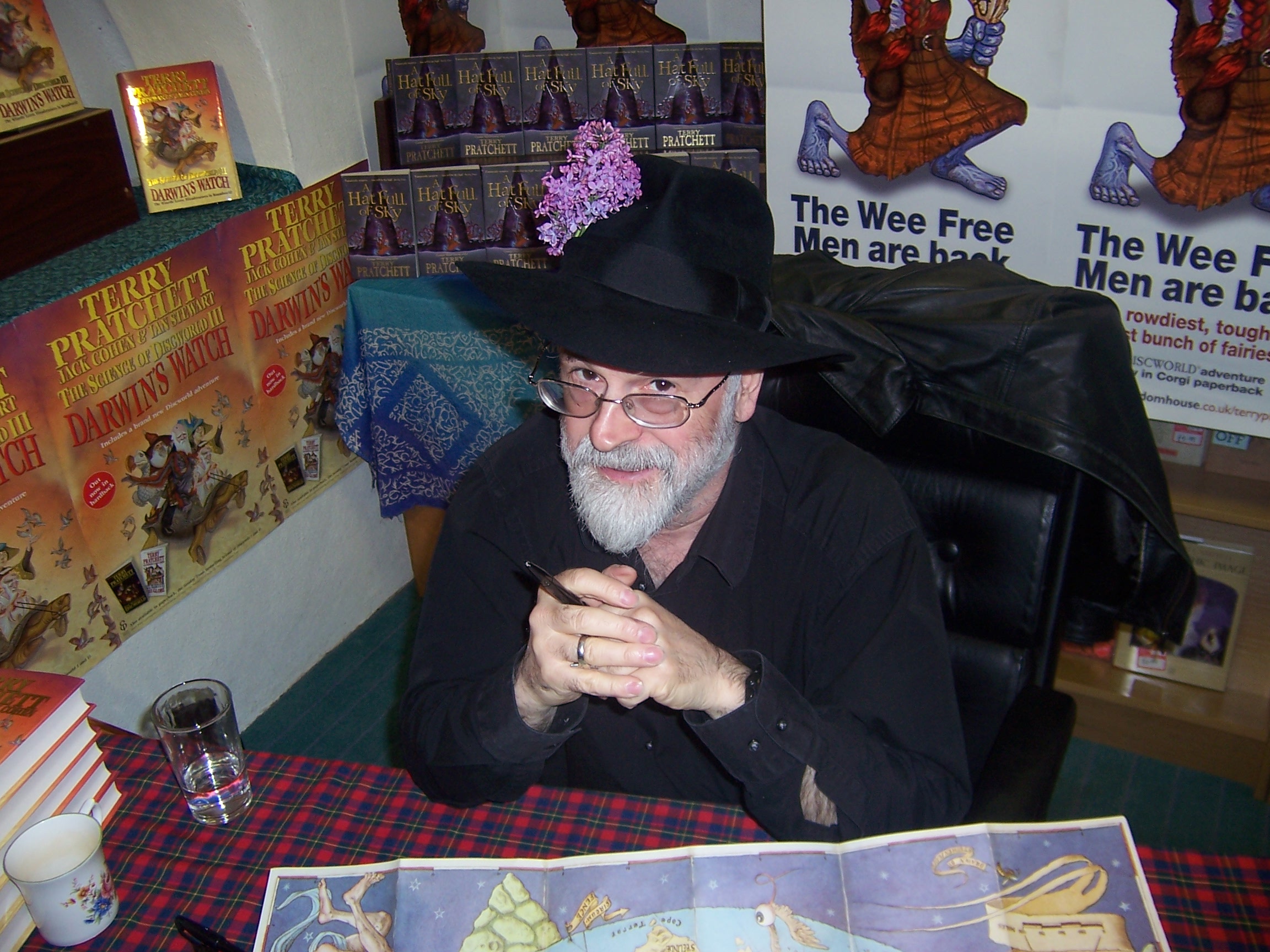 Terry Prachett at the heights of his powers

Terry Pratchett was seen by many of his admirers and readers as the king of the fantasy genre, his reign lasting from the publication of his first novel in 1971 until his death last year- and beyond, if the continuing fan response is anything to go by. Over the course of forty-four years, Pratchett’s frankly staggering literary output of more than fifty novels- forty-one of those belonging to his famous Discworld series- helped to reinvent the fantasy genre as a whole- and not only reinvent. Pratchett once said that he wrote ‘to have fun with some of the clichés’, and this can hardly be more accurate than in a man who created a world populated by failed wizards and traversing space on the back of a giant turtle. Under his hand, the entire concept of fantasy changed, and satire was put to better use than ever before; but just how did Pratchett combine both into such a phenomenally successful formula? Before Pratchett came bursting along onto the literary scene in the early seventies, fantasy was not only a more unpopular genre than it is today but also a predominantly serious one. Epic sagas like The Lord of the Rings and The Chronicles of Narnia had dominated for over twenty years and had cemented its reputation as something rather more thoughtful in tone; life-changing quests to save mankind were very much the order of the day, set in minutely-detailed imaginary worlds (for example, Tolkien’s Middle Earth not only has its own creation story but backstories for every single race that is in the novels- and some that aren’t!). Gods, quests and struggles between good and evil were foremost in these books- something that Pratchett intended to change.

His first Discworld novel, The Colour of Magic, did just that. Wildly different to the ‘traditional’ fantasy novels, both in tone and content, the narrative voice was cynical and ironic, and the main characters featured none other than a failed wizard, a geriatric professional hero and, stranger still, a man wearing a loud flowered shirt in possession of a homicidal magic suitcase and what passed in Pratchett’s Discworld as a camera… Pratchett’s take on the tourist, evidently, and one consisting of a strange blend of modern and fantastic. Written as an extreme parody, Twoflower is not only seen as unbearably naïve but somebody whose insatiable demand for cultural experience leads him and his reluctant guide, Rincewind (the aforementioned failed wizard), into scrape after scrape. Nothing is spared by Pratchett: all of the traditional fantasy clichés are scattered throughout his books like Easter eggs: heroes become mentally challenged violent thugs, a profoundly misunderstood Death walks the streets of his cities and Druids become ultra-modern technological whizzes.

This juxtaposition of fantasy and our own world is part of Pratchett’s genius, and what he does so well. Having once said that fantasy ‘is about seeing the world from new directions’, he sets us down in his fantasy world- effectively making that world our norm- and then is able to bring elements from our world across and effectively see how the two collide. We are able to see the modern through the eyes of the fantastic and vice versa; in this way the reader can view tourists, gods, mythical beasts and little corner shops with fresh eyes; Pratchett gleefully uses this opportunity to lampoon them all. Obviously this presents us with a myriad of comic opportunities: by comparing the two we can see just how ridiculous both fantastic and modern elements of our lives- and the books we read- are.

However, it’s not just comic elements that are held up for observation. Pratchett also uses the medium of his Discworld novels to examine more serious issues concerning our society today: bribery and corruption are a major feature of his Discworld, especially amongst the ruling elite. Human behaviour is examined in all of his novels- even his children’s books, such as The Amazing Maurice and his Educated Rodents, where the society of intelligent rats are made the heroes rather that of the townspeople who are trying to kill them. Comparing the two- with the implication that is it the rat that are the truly educated ones rather than the humans- allows Pratchett to make intellectual points in both a funny and parodic way that might not be possible in another setting. Here, satire is not only a comedic device but also a way in which to examine our society.

Pratchett’s reinvention of the fantasy genre took us from the serious, epic Lord of the Rings sagas to the mock-heroic, comic world of the Disc where modern and fantastic clichés are turned on their heads and put to good use as both serious and comedic material. Through his juxtaposition of the modern and the fantastic we can laugh, not only at the society he creates but also, obliquely, at ourselves. In Pratchett’s hands, the art of satire is a way in which we can examine ourselves more clearly.