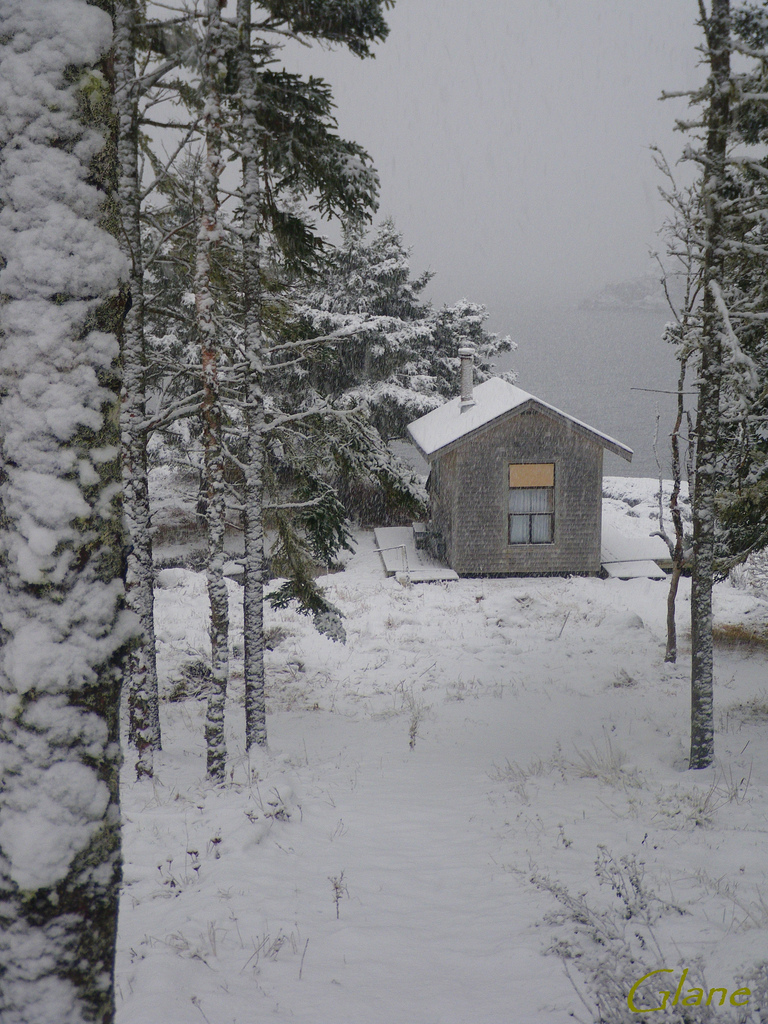 Snorri and Frosti: A day in the lives of the two titular brothers… in an unnamed snowy North

Ben Myers’ novella Snorri and Frosti is in that second camp. It describes a day in the lives of the two titular brothers, old men living together in a cabin, deep in an unnamed snowy North. Although a novella in form and scope, the actual size of Snorri and Frosti is nearer that of a long short story (which does make sense, despite being an oxymoron), further emphasising the minimalist style. Except for a brief introductory paragraph, it consists entirely of speech between the two brothers without authorial interjections, like Cormac McCarthy’s The Sunset Limited, described as “a novel in dramatic form.” The ebook was released on the 7th July by the Galley Beggar Press as part of their Singles Club series, for the princely sum of £1.

With its minimalist, dramatic form, the novella invites comparisons with Beckett and Pinter. The former, particularly in its sense of stasis and constant routine: Frosti’s projects for the future will never get round to being started, as Snorri, somewhat cruelly, reminds him: “you are a dreamer, Frosti. Every year you have these winter dreams.” The latter, in the deepening claustrophobia that builds in pressure from the unchanging daily habits and solitude of the brothers. This is felt most keenly by Snorri, the older and more serious of the brothers, who comically describes a trip to the city from decades ago with a relentlessly gloomy outlook. Even the experience of drinking a beer is a source of misery: “it left my mouth feeling dry and dusty. The gas made my stomach bloat like a drowned sheep.”

However, in stark contrast to both these writers, Myers also captures the genuine warmth in the brothers’ lives. Despite their differences, the relationship between the brothers is quietly heart-breaking, with Snorri taking almost a paternal role towards the younger and more innocent Frosti. Through this, it draws upon the tradition of Ernest Hemingway’s best work, showing how the characters feel rather than melodramatically stating their feelings to the reader. Moreover, anyone who has ever spent a part of their life in some kind of sheltered solitude will recognise the pleasure that can be taken in small things: the morning coffee, the falling of the snow, an old story shared countless times. All these things resonate with sincere value for the brothers and the reader as well. For Myers to recognise and portray this is a remarkable achievement, especially in so few words.

Myers himself is a veteran writer. A prolific journalist, novelist and poet, his debut novel, the gloriously named The Book of Fuck, was released in 2004 to underground acclaim. He is also a founding member of the brutalists, an online literary collective formed in opposition to traditional publishing. What makes Snorri and Frosti stand out so prominently from the rest of his body of work though, is how far it seems from his principle area of interest: music. His second novel, Richard, fictionalised the life of the guitarist and co-lyricist for the Manic Street Preachers, Richey James Edwards, who disappeared in 1995. Even ignoring the journalism, Myers has five music biographies to his name as well, making the content and form of Snorri and Frosti seem an even bigger leap in his work. This makes its achievement all the more impressive, but it also perhaps explains what is probably the novella’s biggest flaw.

In the beginning, we are told plainly the brothers “are old. In their seventies” but this fact never truly comes across in their speech. While their characters are perfectly rendered, they just never sound as if they are old beyond mentioning the fact itself. Frosti may hint towards an explanation for this, as he claims “sometimes I feel like I am a young man,” yet even then, their voices have the feel of being ageless rather than that of old men speaking as young men. This is not enough to ruin the experience of reading the novella, but it is noticeable.

On the other hand, any other complaints are minor at most. While written in alternating lines of dialogue, the speaker is not referred to explicitly, as in a play script. While this does add to the minimalist tone, it can be confusing, especially when the pattern occasionally breaks for two concurrent lines by the same speaker. What’s more, I found the ending a little too laboured for my taste, particularly after the rest of the novella has worked so well by saying so little, although others could well disagree with me on this.

Ultimately, Snorri and Frosti is a powerful and skilfully-wrought novella. As Dazed and Confused has already found out, judging by premise alone “it shouldn’t be brilliant, but it really is.” To try and describe how the brothers’ day unfolds would be to ruin the experience as it just needs to be read. Besides, it is near impossible to think of something more worthwhile you could spend your pound on. If this is the future of independent e-publishing, it looks very bright indeed.