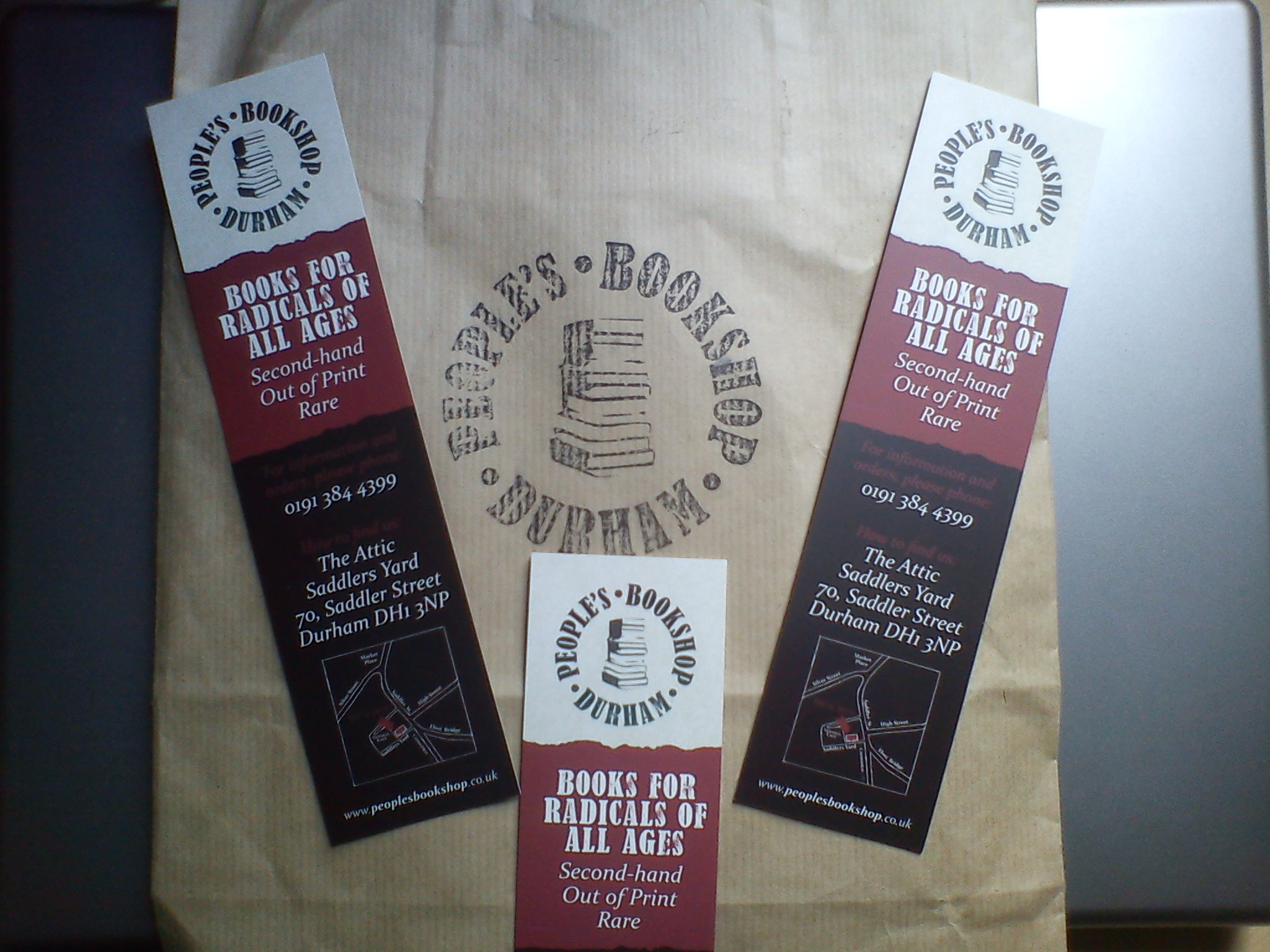 This week is Independent Booksellers’ Week, so when I heard of a new bookshop opening in Durham, I couldn’t help but feel pretty excited. In a world where we feel that major chain bookstores, such as Waterstone’s and the now-departed-but-ever-missed Borders, are the underdogs in the face of online retailers, the independent bookstore has become an endangered species. I was hoping that the emergence of People’s Bookshop in the atmospheric Saddler’s Yard then would be a small triumph for local business. And I wasn’t disappointed.

Set up by Ben Sellers, a TUC activist and interestingly, a former Waterstone’s employee, the shop is tucked up in the attic of Saddler’s Yard, above the jewellers. Although it isn’t the easiest place to reach, once you climb up the staircase you are greeted by a comfortable, colourful and extremely welcoming space. With two chairs and a reading space in the middle, and bookshelves surrounding the whole room, the shop has a very friendly feel. Furthermore, there is even a separate space for children and it is very family friendly: something which I hadn’t expected from a small, seemingly politicised bookshop. But from the number of families which did appear in the short time I was there, it’s fair to say that the children’s space was a worthy addition.

The sections of books are different to an ordinary bookshop. The books are mostly second-hand but you are unlikely to find a Danielle Steele novel here. Nor can you simply request a title and demand that Sellers run it through the computer. This is a book lover’s shop, somewhere that you have to physically trawl through the books and search for hidden treasures. And there are rarities to be found. I found an out-of-print signed book by my favourite poet, and several other popular poetry collections. The prices are also very reasonable, probably even cheaper than major charity bookshops, and certainly a fraction of the cost of buying them new. The books are also all in great condition and there are some real academic gems. I noticed a book on Marxism and literary theory on the shelves which I could not track down online, even second-hand, for less than five times the price People’s Bookshop was asking for.

Now one thing I should point out is that the shop is fairly small. Unlike Barter Books in Alnwick, it won’t take you more than 15 minutes to peruse the whole shop. It is also important to remember that this is a bookshop with a twist. Named “People’s Bookshop” and with an owner who is a trade-union activist, the shop reflects this. There are sections devoted to trade unions, plenty of books on left-wing politics – Owen Jones’s in particular is a highlight – and a section entitled “The People’s Game”. If left-wing politics isn’t your thing, you shouldn’t be put off. Although this is the concept of the shop, there is also an academic section, a rare books section and a poetry and literature area.

Overall, the whole environment of the shop is friendly, warm and easy-going. Sellers told me that he is hoping to hold readings and other literary events in the space gradually. All the books are individually sourced by the owner himself and the stock varies and will change so it’s a worth going back time and again to see what’s new. If you like being around books People’s Bookshop is a small and rare treat which is definitely worth trying.