Review: Out of the Past (Blake Morrison and Suzanne Bulger) 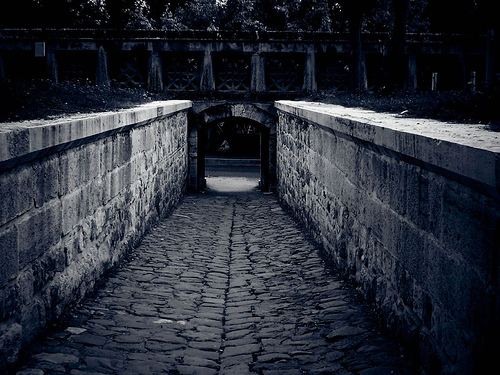 “What fascinates me are the darker hidden aspects of life”

In the late 1960s Lindsey Anderson produced the film If. The film was controversial for many reasons, but what fascinated people the most was that some of the scenes were shot in black and white. Now people theorized, great essays were written concerning the colour change and its wide-ranging significance. Yet, what came to light some years later was that the chromatic reversal was due to the fact that half way through filming they ran out of money. This in, my opinion, highlights a problem within both literature and film; that the basic meaning an intention of the author can become lost amidst a web of hearsay and guesswork. The beauty, therefore, of a literary festival is that one comes face to face with the authors and their works.

On this particular dark and deeply autumnal afternoon, Blake Morrison and Suzanne Bulger came to discuss their equally dark and beautifully compelling latest novels: and . Both novels are linked by an underlying theme of secrecy and through protagonists who are far from perfect.

“What fascinates me,” began Bulger, “are the darker, hidden aspects of life”, the undercurrents and the façades that we hide behind. Aren’t we all slightly? More and more novels in recent years seem to have returned to this dark and unsettling aspect of human nature; one which chills and fascinates us with a faint recognition of humanity. The protagonists of both the novels have buried within them, secrets, which once brought to the surface rock the very foundations of their existence.

Bulger’s novel tells the story of Laura, whose perfect life is torn to pieces when she is forced to confront the mental breakdown of Heddy Partridge, a girl that she mercilessly bullied at school. As the author pointed out, we all know this girl; the one that didn’t fit in at school, the one that grew up too fast, and through this recognition we are drawn into the narrative. Morrison’s narrative is equally captivating: a tale of rivalry and jealously between two old friends, told over the period of a long weekend, which reveals the strong pull of the past and the intricacy of lies.

The nature of the characters was something that dominated much of the discussion, and the extracts read by the authors gave the audience enough to feel they gained an impression of them while leaving us with a desire to know more. One of the issues raised was the challenge of creating a character of dubious morality who also resonates in some way with the reader. Bulger maintained that creating such a character, for an author, was just like acting, agreeing with Morrison that evil or flawed characters are far more interesting for both the author and the reader. This would appear to be true; some of the greatest characters, take Othello or Hamlet for example, are those whose natures are most veiled and imperfect.

As the discussion moved on from the idea of character, the recently sparked debate about the use of the present tense within literature was raised. Philip Pullman in a recent article in The Guardian had discussed his views about the increasing use of the present tense, claiming that it limited narrative and seemed to display within the author an unwillingness to be held to account for their perspective. The present tense does nonetheless have value for portraying certain instances of immediacy, and both authors make great use of this effect: Bulger using it to portray the sense of her character’s life “unravelling bit by bit” and Morrison employing it in reversions to the past to highlight its powerful influence.

Though the room wasn’t filled and the thick walls of the Music Rooms weren’t enough to keep the cold October wind at bay, there was something fantastic and exciting about the way in which the authors had brought debates, I was previously detached from, to life. I had come across writers I had never read and two books that I would love to read. The Book Festival is now in its 20th year and, I believe, an event of great value to Durham, for it highlights and celebrates some of the greatest aspects of English literature.