David Collins in Literature on 2 October, 2013. 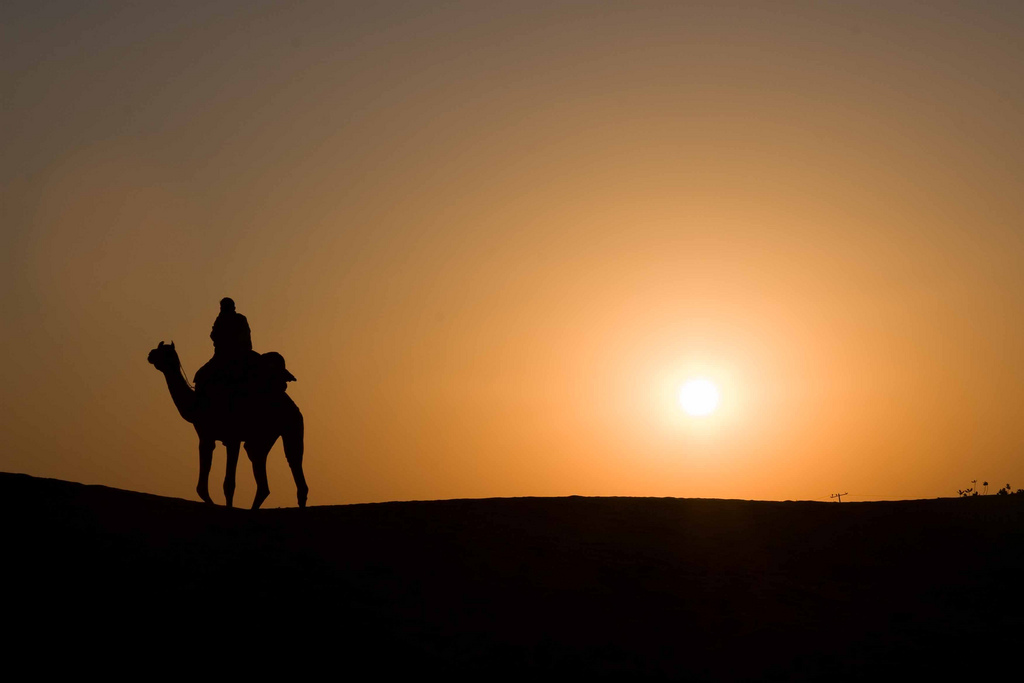 Nourallah’s ‘King’ is truly “epic in its scope and ambition…”

The word ‘epic’, like ‘awesome’, is a somewhat overused and devalued word in modern English. So when a new novel is described as being epic, it is usually wise to regard that description with some degree of scepticism. However, like the classic David Lean film Lawrence of Arabia (to which the term can perhaps be more faithfully applied), Riad Nourallah’s most recent novel, ‘King’, is set in the sweeping sands of Arabia, and from the offset seems likely to uphold its ‘epic’ name. Following as it does the travails of a young tribal king and his faithful aide, as they make a journey across the pre-Islamic deserts and onwards to Rome in a search for justice, ‘King’ revives epic motifs of the arduous journey, the heroic figure, and the sense of universal fate and consequences which reach beyond the experiences of just one individual.

Our chronicler is this same faithful aide, and he narrates his experiences much in the manner of a diary, musing on many important matters which would likely have troubled the minds of contemporary young nobles; matters of honour, of religion, of revenge and, of course, of love and lust. The early pages introduce us to a kaleidoscopic range of characters and events, as we are introduced to our young heroes and their personas.

It is evident that Mr Nourallah is exceptionally well-educated in Early Arabic poetry, and to the uninitiated eye this intense style of writing can, initially, seem frustratingly over-complex. It will almost certainly have you frantically thumbing your way to the Glossary on a regular basis to identify the great many Arabic words interwoven with the English text. This, together with the use of some seemingly incongruous words, at first can frustrate and even break the flow of the reader’s thought. As a small example, at times Nourallah makes use of the word ‘blighter’, thereby instantly conjuring up images of a moustachioed Terry Thomas or Spitfire pilot… This seems almost awkwardly anomalous in an Early Christian setting. But these are, of course, minor quibbles.

However, persistence will be rewarded, for the enduring reader will come to realise that the book itself has the rhythm of an extended Arabic poem, and accepting, even embracing, this fact opens the way to true appreciation of this Nourallah’s ambition and success. By writing in this faithfully Arabic style, Nourallah conveys to great effect not only the elaborate courtesies and customs of the Arab character, but also the importance of the poet and poetry in Arab life. We are treated to some fascinating and diverse poetry from several characters, and this rhetorical depth imbues a certain elegance and refreshing originality into the narrative. Far removed from the lengthy plod across an endless desert which one might have feared to relive through the recital of our narrator, Nourallah depicts a bright and enquiring mind which lifts the spirit and enriches its narration with thoughtful insight.

Indeed ‘King’ is the kind of novel in which the reader may actually benefit by re-reading the earliest sections, once accustomed to the imaginative style, to fully appreciate the complexities and nuances of what is written. Plot takes a secondary role here, yet the reader still finds himself caring for the aide “Jaber Ben Rabi”. We empathise with his more earthly weaknesses and human failings; more so perhaps than with the somewhat colder and aloof “Emru”, his king, despite the latter’s high ideals and zest for life.

Despite its setting in the macho world of men and their swords, women play a strong role in this novel, and not just as objects of desire for the men. Here, they are aware of the power of their sexuality and are prepared to use it. Each of them largely surpasses the men in confidence and in strength, whether they be a Seeress, an Empress or simply a girl in a bathing pool, at times leaving these worldly men looking like confused and overawed adolescents.

And yet, Emru is a man and a king, and as such his strengths lie in a different form. He is equally happy to fight as he is to negotiate, and along his journey he must do both. As his acolyte Jaber must follow, but with him one cannot help but feel that his mostly frustrated loins vie with his desire to aid his king as his greatest preoccupation.

In the course of their journey, their travels take them to Mecca, and here we are offered a fascinating glimpse of the strange rites and rituals which prevailed there at that time. Religion plays its part as much as politics in ‘King’, but the world Nourallah paints is by no means a primitive one; the many diverse cultures and faiths he presents all have a sway on this Arabic society.

Naturally, I will not reveal how our heroes fare in the end. However, I will conclude by saying that, in its homage to arguably the greatest Arabic poet of all Imru ul-Qais, and its clear love for his works, ‘King’ is indeed epic in its scope and ambition; Nourallah is unafraid to challenge the reader and, ultimately, is successful in giving us a small insight into both the psyche, and the environment from which It was formed, of that lone Arab traveller in his wanderings across the vast desert plains.