Review: China Miéville’s “The City and the City” 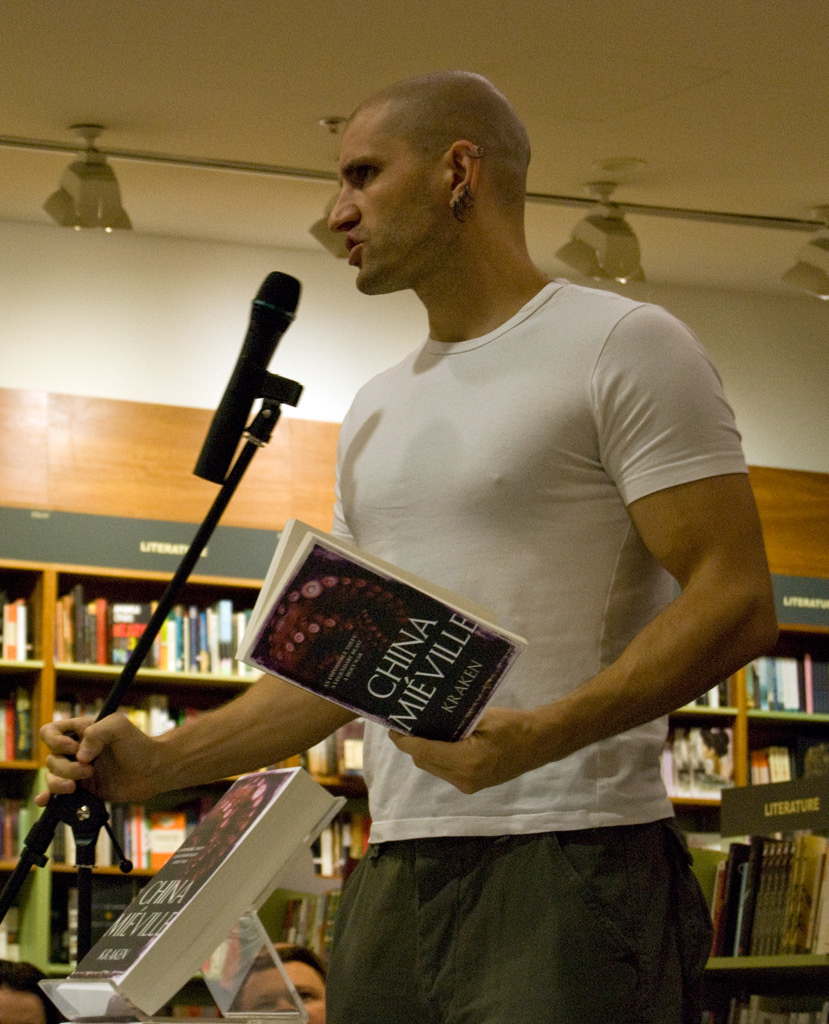 The author in action

This is a very strange, original novel: a modern police procedural/thriller story set in a different world from our own. is also slow-moving at times and difficult to follow – I very nearly gave up on reading it. I’m very glad I didn’t though: once it picks up the pace, this book doesn’t let up and even led to my discovery of that rarest of things, a New Favourite Author in China Miéville.

The story takes place in Beszel and Ul Qoma, two cities that super-impose one another. It’s not an easy concept to grasp, but the genius of the novel lies in this one idea. The two cities apparently occupy the same physical space, perhaps in different dimensions or simply co-existing with one another with very complicated and “cross-hatching” boundaries. I can’t remember if it’s ever made explicit quite what the arrangement is. Crucially, the citizens of each city have trained themselves not to see occupants of their neighbour city, even if they are mere metres away or – perhaps even in oncoming traffic. In this bizarre world, the ultimate crime is to see across the border and react to what you see – to commit an act of breach. The fragile balance between the two states is policed by the all-seeing secret police force of the same name.

In the city of Beszel, Inspector Tyador Borlu has a murder to solve. The case will take him across the border to Ul Qoma as he unravels the mystery of a person murdered in one state and discovered in the other, with great care taken not to “breach” in the process.

This was my first introduction to China Miéville, my New Favourite Writer. Miéville looks a bit like Grant Morrison in his photo in the book jacket and is fond of describing his work as “weird fiction”, a term coined to describe the worlds of shadowy menace conjured up by the likes of H. P. Lovecraft and Arthur Machen.

I would describe the books I’ve read so far (stay tuned for a review of ) as “urban fantasy”, as Miéville shows his Londoner stripes proudly and reclaims the cityscape as a magical battleground – as opposed to the pastoral fantasy worlds of J. R. R. Tolkien and other sword and sorcery epics. Reviewers have tellingly commented on Miéville’s approach to genre: western, crime, horror, fantasy, science fiction – he treats them all like a giant pic ’n’ mix selection. (As an interesting aside, I found The City and the City in the Crime section of my library.)

His latest novel was published last month and I’ll be eagerly devouring it as soon as a copy arrives in my local library!