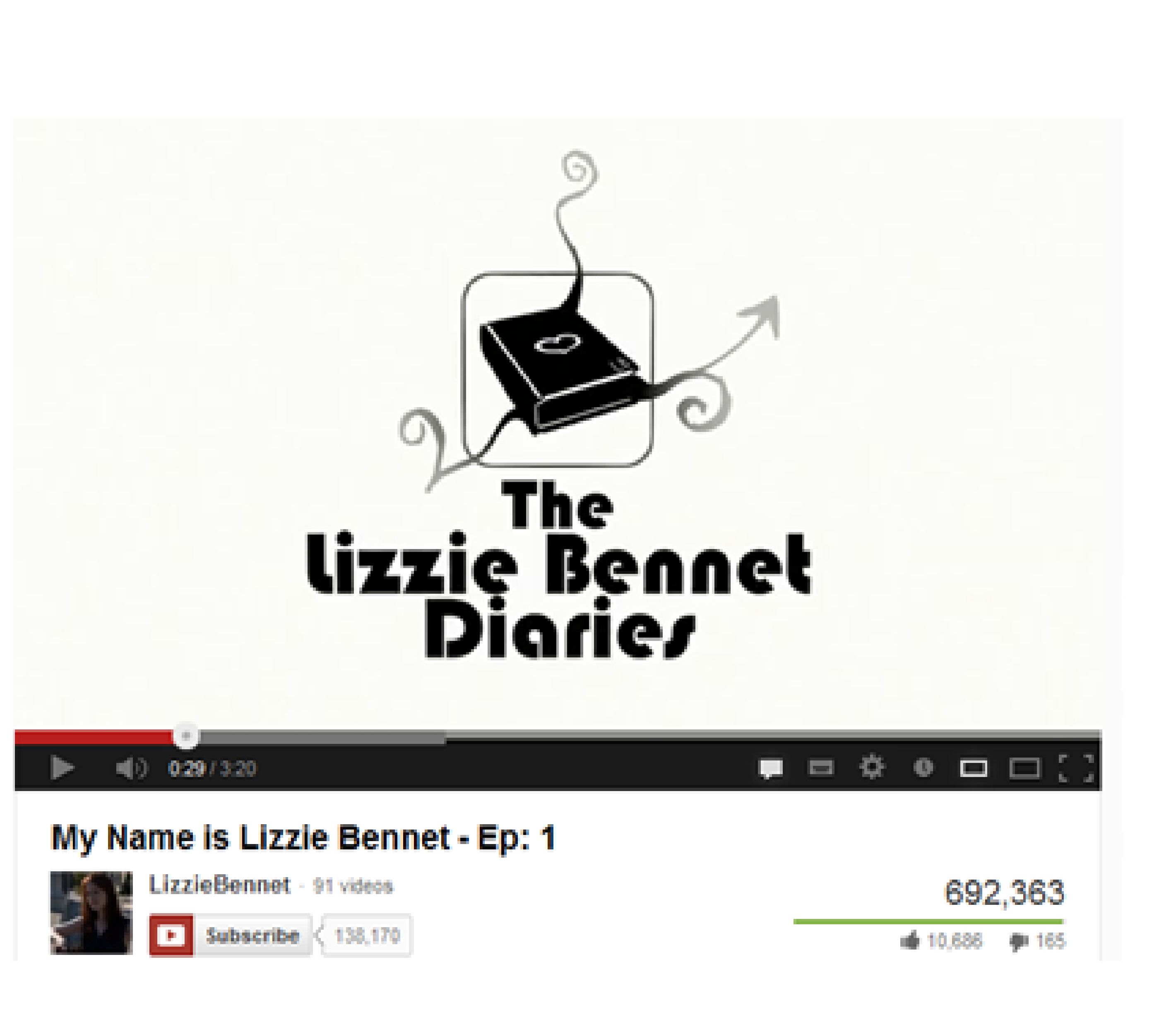 “I’m still watching and I’m still not bored; in fact, quite the opposite…”

The Lizzie Bennet Diaries is coming to an end. The YouTube adaptation of Pride and Prejudice by Jane Austen, created by Hank Green, has been a part of my life since April 2012. I can’t even remember how I discovered this web series, which has become a cult hit online. I’m amazed to realise I’ve been watching it for the last 10 months; its longevity and popularity is certainly a credit to the creators. Pride and Prejudice is one of my favourite novels, and I’ve seen all the period-conscious adaptations of the text. It is safe to say I am well familiarised with the plot by now, so what has compelled me to watch this story, which I already know, unfolding in five minute video clips released over the year? (It sounds like something out of A Clockwork Orange!) Yet I’m still watching and I’m still not bored; in fact, quite the opposite.

The Lizzie Bennet Diaries is shot as a ‘v-log’ and Austen’s classic story is set in present day America. Two short videos are posted every week, plus spin-offs; Lydia Bennet has her own ‘v-log’ too. The idea is innovative, experimental, and thus had the scope to go very wrong. Instead, it has worked wonderfully, testified by the fact that popularity for the series has only grown as the story has developed and new characters have been introduced. It is clear from the comments on the videos that some of the audience has never read Pride and Prejudice, and the show is their first introduction to Jane Austen.

I am intrigued to see how the writers and actors translate the book into the present-day, especially in ‘v-log’ format as it means the characters are self-conscious and know they are being filmed and have an audience. Yet, the show remains fairly true to Austen’s narrative, with only a few moments where I have had to suspend disbelief and accept a significant change from the original novel.

The cast is well-chosen, comprising of professional actors who embody Austen’s characters, but with a modern twist, like William Darcy’s penchant for wearing hipster bow ties, and Jane Bennet’s fashion career. Lizzie Bennet herself is a cynical postgraduate who loves media and documents the foibles of her family and friends for a school project. All the characters are modernised in believable and clever ways which add to my understanding of the characters in the book.

The creators of the show do take creative licence, for example their development of Lydia Bennet, who is a much more sympathetic character than the girl Jane Austen envisaged. Again, the deviation from the novel only adds to the show and the story as a whole. Other small and necessary changes that are made in no way harm the show, and the embellishments, modernisations and change of setting all add to the experience.

Not only does the show use YouTube as its platform, making it thoroughly relevant to the modern day and accessible to the highly digital audience of present times, but it also pushes the boundaries of story-telling through a transmedia experience. Integration of the characters into social networks like Facebook and Twitter make the show current and believable. Twitter in particular is used very effectively to show viewpoints other than Lizzie’s, and to further develop previously side-lined characters like Caroline Bingley.

The Lizzie Bennet Diaries is an entertaining and interesting adaptation of Pride and Prejudice. Austen’s most famous novel particularly lends itself to a modern retelling because her characters encompass a range of human behaviour and type. There is realism in Austen, even if she sometimes exaggerates. I hate to use the word ‘timeless’ but it is clear that Austen’s story is universal. Many romance and romantic comedy conventions seem to find a root in Austen’s works; her books have certainly been influential.

After having invested so much time in this show it will be strange to see it come to an end. But it’s not over yet, and hopefully others will be willing to risk making similar book adaptations that think outside the box and take the internet by storm. Who knew Jane Austen and YouTube could complement each other so well…