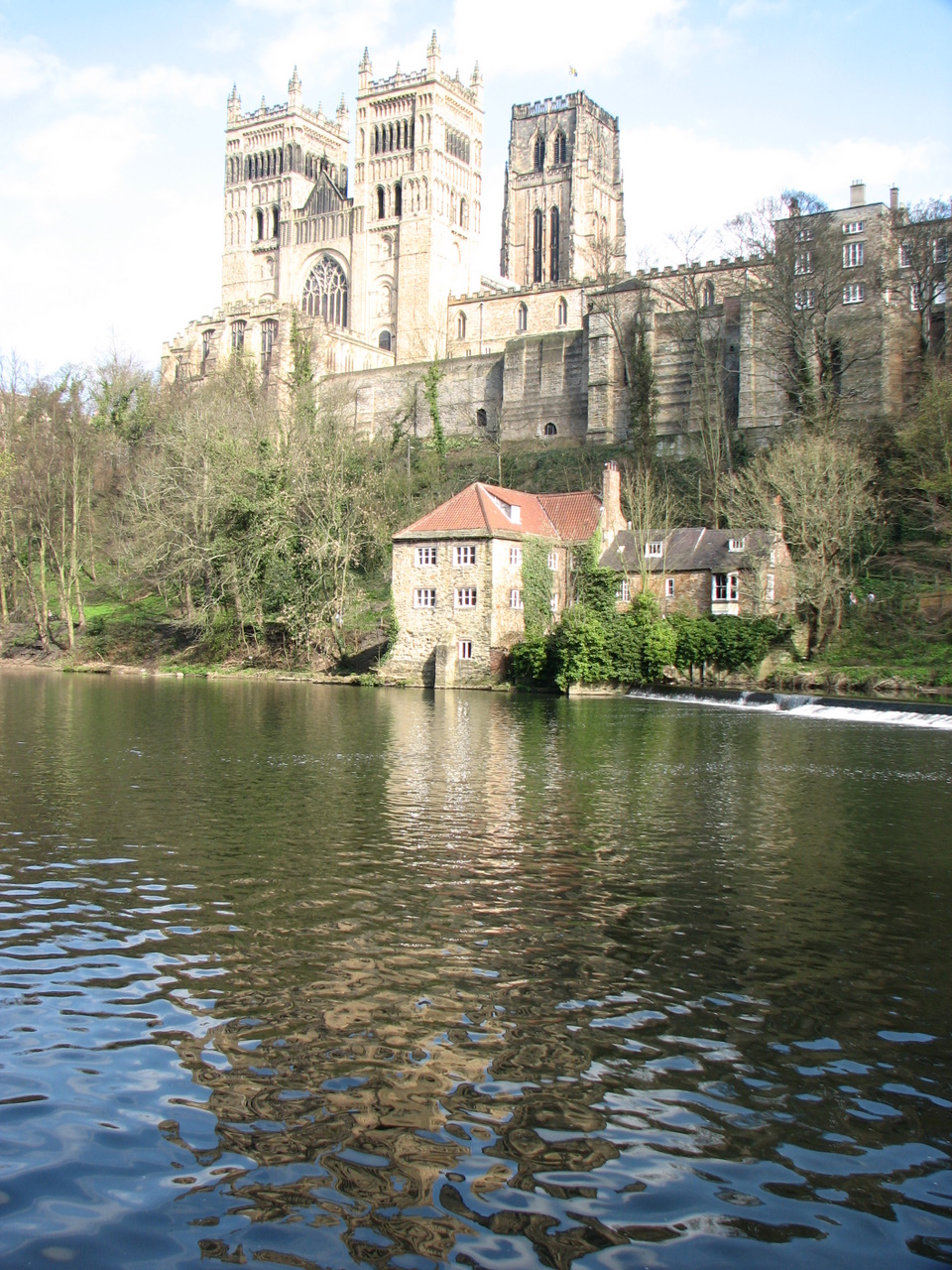 Pig Iron speaks of a different kind of Durham, but ‘the green cathedral’ remains.

Pig Iron tells the story of the son of a traveller family who, on finishing a five-year sentence ‘inside’, makes a desperate attempt to escape from the stereotypes that surround him and have poisoned his life. ‘I’m not one of them charver kids’ he insists, and by the end of the book has successfully proved that he is well-meaning, full-hearted and intelligent. Myers fills a gap in British fiction by situating his latest novel in Durham, which I thought would give me some connection with John-John. Instead, I found myself numbered among the ‘snot-nosed students in their stupid bloody scarves’, an alignment which, though it made me laugh, also left me feeling rather uncomfortable.

The novel begins with a lush and evocative description of the ‘green cathedral’ which, we discover later, is the main character John-John’s visualisation of the great outdoors. He adheres to the maxim, “If you can’t fetch yerself somewhere by foot, then it’s not worth fetching to”, and there is a distinct and clearly deliberate opposition throughout between the colloquial ‘summat’s and ‘whatsit’s and the language of the green cathedral. Much of it is written as spoken thought, as here: ‘Some might say that’s whatsit. Aye. Ironic.’ The result is a strange and disjointed but effective double-colouring of the tone and atmosphere of the book.

The world in which John-John is raised is hard and cruel like pig iron, and extremely negatively depicted. One might be forgiven for assuming that this novel sets out to vindicate travellers in the eyes of the society on the edges of which they make their living, and the counter-narrative of John-John’s mother Vancy, which is for the most part addressed to her son, seems to support this. She tries to convince him (and us) that ‘the goodness was bred into’ the travelling people, and indeed she herself possesses an immense capacity for forgiveness and forbearance. The catch-phrase ‘a world without travellers is a world without freedom’ resounds through the novel. However, the reason that Vancy has so much to forgive is Mac Wisdom, John-John’s father, and his cruelty undermines Vancy’s defence of her people. It cannot even be said that Mac is a deviation from the norm: he is presented as the epitome of traveller manhood, the strongest of a ‘strong and stoic people’, ‘all of them tough and surly as pig iron’. Vancy’s experience of her husband’s violence and inhumanity totally destabilises the effect of her loyalty; at no point do we doubt that she believes her own words, but we sense that she has made herself believe them out of necessity.

Even forgiveness is not a sign of goodness in this particular case. Is the incestuous rape of Vancy’s daughter ified or healed because she forgives it? It is not, and as a reader I was shaken to find this woman, otherwise presented as a warm and loving mother, so wanting in courage as to let her daughter’s suffering go unchallenged. I am no doubt wrong to make such a judgement, ignorant as I am of the ‘tangled line’ of travellers that ‘sits beneath the English soil’, but nonetheless the novel does give the reader the inescapable feeling that John-John and his sister are right to want to free themselves of the travelling vine and that their lives will be blessed when they do so.

It cannot then be Myers’ intention to redeem travellers of their stereotypes, but neither does he present the society into which John-John is released in a positive light. Gangsters, unwanted pregnancies, sexual assaults on young girls, spiteful mutilations of animals, drugs sold from ice-cream vans: the picture is a difficult one to handle, and one of the most terrible and tragic images is that of ‘tough adult faces on wee bairns’ bodies’. The solid green cathedral stands beyond it all as a sanctuary of escape and rest, a calming and guiding influence which keeps John-John sane and gives him the chance to break free of the pig iron characteristic inflicted on him, ‘all from being born under a queer moon, into the wrong family’.

The Durham visible to my restricted view is far from being a ‘town of bloody ghosts and shite and nightmares’. A student’s life is dominated by a university town but it is not the same city that John-John knows. It is this sense of being outside, this marginality, which characterises the story, as well as John-John’s own endearing personality, seen in his perseverance to further his education, his hopeless attempt to make his flat worth living in and his heart-warming affection for his dog. And though I had difficulty believing in the connection between John-John and Maria, I am willing to be convinced that this is deliberately put forward as an example of John-John’s naivety. ‘Sometimes violence chooses you. Sometimes there’s nee choice in the matter.’ This is the persistent fear in the novel, and perhaps what Myers really sets out to do is to disprove it. Elegant descriptive passages, full characterisation and masterful control of tone combine to make this a book which I will whole-heartedly recommend. Go out and get a copy as soon as you can. ‘Nowt stops still. Nee-one’ll wait for you.’

Pig Iron is published May 31st through Bluemoose. Benjamin Myers will be signing books at Waterstones, Saddler Street on June 16th. If you want to know more about him, visit hiswebsite or his Blog ‘Man of Letters’