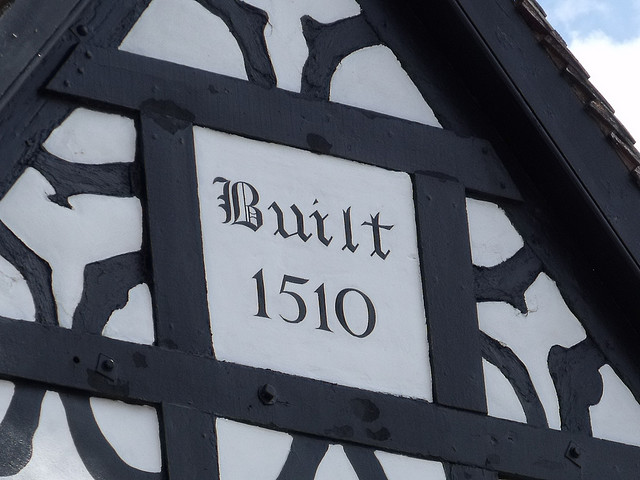 The past come to life: through historical fiction we “enter into vanished worlds”.

An author of historical fiction now in her fifties, Philippa Gregory has achieved that rare, enviable success: the ability to make a living from writing books. Although not hugely well-known, she is gradually approaching “household name” status thanks to the success of The White Queen, the recent BBC serialization of her Plantagenets trilogy. The series had its ups and downs, with some dubious dialogue and clunky exposition, leading many to dismiss it as historically inaccurate light entertainment, or just another way to fill the Sunday night period drama slot. However its popularity – with a first episode which drew 5.3m viewers – suggests otherwise, proving the continued appetite for Gregory’s work and for historical fiction more widely. This begs the question: why? Whether on the screen or the page, it is undoubtedly a problematic genre, subject to a constant conflict between fact and fiction. In this way Gregory’s novels, seemingly an “easy read”, raise interesting questions about creative licence and the possibility of resurrecting long-dead historical characters that are both readable and realistic. Historian David Starkey is unsurprisingly contemptuous of Gregory, referring to her work as “good Mills & Boon” (who knew he was a fan?), while a less exalted figure, my step-grandad, described her novels as “bodice-rippers”. But to write them off as soft porn with a bit of history thrown in does a disservice both to her readers (i.e. me in my mid-teens) and to the author herself; her success has much firmer foundations than her detractors are willing to admit.

Gregory’s chosen subject, the Tudors and the Plantagenets, might go some way to explaining her sales. Twenty-first century Britain is in the grip of a Tudormania to rival that of the Victorians with countless writers treading the same worn territory, varying in quality from Hilary Mantel’s brilliant Wolf Hall to the BBC’s unashamedly steamy series The Tudors. The Other Boleyn Girl is, perhaps deservedly, Gregory’s most famous contribution to this genre, focusing on the life of Mary Boleyn, the lesser-known sister of Anne. As Gregory has pointed out, this supposedly frivolous account has since enabled serious scholarship, with the interest generated allowing the publication of several more official biographies of Mary ‒ condescending academics in fact profit from Gregory’s fiction. The choice of Mary as a heroine also shows Gregory’s gift for looking at now-familiar stories through the fresh eyes of unknown protagonists, such as the Jewish spy Hannah Green in The Queen’s Fool, or Robert Dudley’s wife Amy in The Virgin’s Lover.

It is no coincidence that such protagonists are female. Another part of the power of Gregory’s work is the way in which she casts the spotlight on women as historical actors, and in doing so helps rectify centuries of ignorance in which women’s histories went unappreciated and untold. The White Queen series, despite its faults, demonstrates this perfectly: its cast centres around strong, vocal women – such as Margaret Beaufort and Elizabeth Woodville – who constantly act to influence the course of events, even if they are doing so from the inner rather than the outer sphere. Gregory proves that women in this era may have been subjugated, but they were not powerless; it is rather that their influence on the course of events has gone unrecorded by male historians. In a way, those like Starkey who dismiss Gregory’s validity act to perpetuate this stifling of the female historical voice and discourage modern readers from taking it seriously. However, as long as Gregory continues to wildly outsell her more “serious” competitors, they will not succeed.

Having said this, there is perhaps a grain of truth in Starkey’s accusations. Sexual intrigue does sometimes take precedence over historical accuracy, for example the implication, in The Other Boleyn Girl, that Anne Boleyn produced a deformed baby after an incestuous relationship with her brother George, an accusation levelled at the time and for which there is no evidence. Gregory herself has stated that “you sell much more fiction than you do history”, a seemingly cynical admission that she privileges romance over the historical record. But looked at another way, the debate itself is irrelevant: Gregory never claims to be writing textbooks, but rather imagined accounts of real lives, and creativity is obviously necessary to turn the figures of dusty archives into characters in a novel with their own secrets and desires. Postmodern historiographers like Keith Jenkins would argue that any history is, in a way, a story and the product of the writer’s own past; historical fiction just takes it a step further, with no attempt to disguise the guiding hand of authorial interpretation. Moreover, Gregory’s work is meticulously researched; she does a year of reading before she even begins to write, and hers is fiction grounded in fact.

It could actually be considered a factor of Gregory’s success that her books never feel overtly educational, and yet still manage to immerse the modern reader in an entirely foreign landscape of which we can soon imagine ourselves a part. She quietly weaves religion, politics, philosophy and science into the fabric of her characters’ dialogue, creating a richly textured tapestry of a particular time and place much wider in scope than the “romance” label might suggest. Part of the appeal of this is, obviously, in its escapism; such books allow the modern reader to retreat to a world of wealth, revelry and intrigue, enjoying the thrill of courtly danger without actually being threatened by it, and all the while feeling paradoxically smug about their own modern advantages. Gregory strikes the balance well, managing to celebrate the giddy, merry excess of royal courts in their prime without letting us forget the terror and uncertainty which stem from religious intolerance, absolute monarchy and ingrained misogyny.

You can’t claim that her body of work is great literature; as prose, it pales in comparison to some other historical writers, like the aforementioned Mantel, and it can never be taken, indeed isn’t intended to be taken, at face value as “history”. And yet, she deserves more recognition than historians and literary critics alike currently allow her. Yes, something of historical accuracy is lost when creating vivid personalities whose existence can’t be verified, but something very real is gained in our ability to envisage distant historical actors, living in the “foreign country” of the past, as real people, whose weaknesses, passions and enmities become as engrossing as our own. This immediacy is the key to the success of her novels and their on-screen adaptations: we enter into vanished worlds, and we lose ourselves within them.