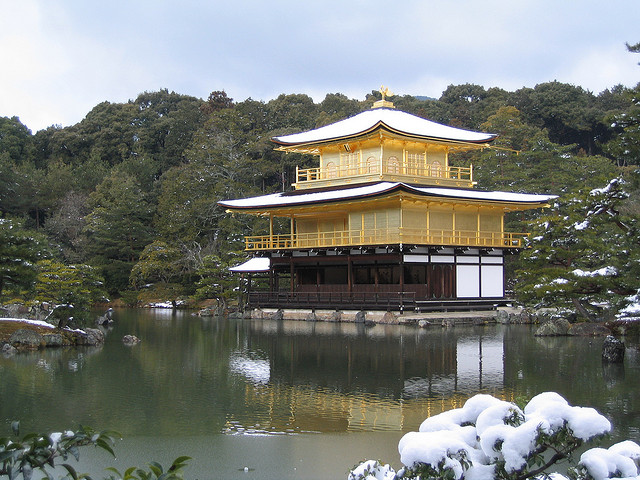 “The train came out of the long tunnel into the snow country. The earth lay white under the night sky…”

This is the opening to one of the most famous modern Japanese novels of all time – Snow Country by Yasunari Kawabata. Kawabata was one of the country’s most acclaimed writers, and for good reason at that – the stories that he wrote were fantastic and experimental for their time, captivating audiences all around the world. Indeed, in recognition for his contributions to world literature, Kawabata was awarded the Nobel Prize for Literature in 1968; the first Japanese author to ever receive the honour.

Snow Country is perhaps Kawabata’s most famous work, establishing the author as one of Japan’s most talented and remaining a classic in the country even today. Perhaps this is because it showcases all of Kawabata’s talents. He was, after all, most notable for his fascinating ability to blend modern literary prose with ancient Japanese poetry. We are left with prose that resembles a haiku of sorts, with a subtle, minimalist style driving the narrative forward. As a result – as evident in the quote above – the reader is presented with a very unique sort of writing. To some, it might even come across as rather jarring at first; however, the style lends itself very well to the sort of story that Kawabata wanted to tell.

As with all non-English literature, finding the right translation is exceptionally important here. Kawabata’s writing was very different from his contemporaries, with every word and every sentence carrying its own significance. I found that Edward Seidensticker’s translation was perhaps the most readable – as was the case with his translation of the Tale of Genji, his translation of Snow Country avoids superfluities and sticks as closely to the original text as possible.

Reading through this novel was simply a delight. It is quite hard to explain just what makes Kawabata’s style work so well. Though it takes a while to get used to, I found that the aesthetic of his writing lent itself very well to the narrative. Indeed, I think that was the point. Snow Country tackled a subject that required Kawabata’s prose to blend various literary elements.

Simply said, the novel is first and foremost about Japan as a nation undergoing a crisis of identity. Kawabata first began writing the work during the turbulent years of the 1930s. During this time, Japan was at a crossroads – still clinging onto old traditions and cultural values all-the-while in the process of rampant militarisation and modernisation. Even today, though it is rather subtle and subversive, Japanese society still struggles to reconcile the two elements, and as a result Japanese culture can be both very diverse and perhaps even a little at odds with itself.

This is reflected in Snow Country. The story follows the love affair between a Tokyo businessman, Shimamura, and Komako, a geisha he meets at a remote town in the countryside. While that topic might at first seem a little trivial and not entirely unique, it is the way the story is presented that really makes Snow Country stand out.

Kawabata does not really tell the story – he just lays it out with haiku-like scenes that are played out in succession. The ending is rather abrupt and even a little abstract and there are many elements of the plot that are never fully resolved or made entirely clear. But that’s the point. This is a novel that is really more of a poem – the paragraphs flow together in a profoundly natural way, and the story goes hand in hand with the theme of Japanese culture and modernity working together and also working against each other.

Komako is a geisha, but at the same time she is atypical. She presents herself as a ‘modern’ woman – independent, ambitious and strong-willed. Nonetheless, she is the embodiment of traditional Japanese beauty, being a rural geisha. These women were generally not as celebrated as their urban counterparts and often had their careers end in disappointment and failure.

Shimamura, on the other hand, is a wealthy Tokyo businessman, married yet rather unhappy with the state of his life. He represents an archetype in Japanese literature, but at the same time his character is far more rounded than that – Shimamura is interested in Western ballet and philosophy, and was perhaps more vulnerable than most protagonists at the time; his retreats into the rural town are full of reflection and empty physical pleasure through his relationship with Komako.

Although it is implied that the two care about each other, they both know that the relationship can never blossom into anything else, and really they just use it as a way to drown their sorrows. Both have ambitions – Komako with artistic ability and Shimamura with his fascination with ballet – but both are entirely reluctant to follow up on their ambitions, preferring to simply languish in their current states. This again reflects an amalgamation of the contemporary and the decidedly traditional; the characters represent archetypes from Japanese literature, but their goals and respective natures are borrowed from modern sensibilities.

Tragedy plays its part in this story as well; as their love affair progresses, Komako suffers a variety of tragic events, leaving Shimamura to both comfort her and provide commentary for the reader. However, tragedy here is always coupled with beauty – Shimamura’s witnessing of sadness is always followed by an observation of the beauty of that sadness. It is a rather interesting twist on the motif of tragedy that generally accompanies Japanese works on forbidden love, and Kawabata’s poetic prose certainly helps to legitimise it.

Moreover, continuing this theme of modernity mixed with the ancient, we see that Kawabata juxtaposes his modern setting with characters with decidedly traditional philosophies. Zen Buddhist influence is evident throughout the novel, with Shimamura always in awe of the natural world around him, portrayed through Kawabata’s excellent prose. Furthermore, though I will not spoil it, the rather ambiguous ending is accompanied by several shades of Japanese philosophy; it truly is something special to read.

With his excellent style that ties in with the narrative in a very unique way, Kawabata truly created a masterpiece that is deserving of all the honors it has received. This is a very special book, and I heartily recommend it.