Elizabeth Briggs in Literature on 9 January, 2013. 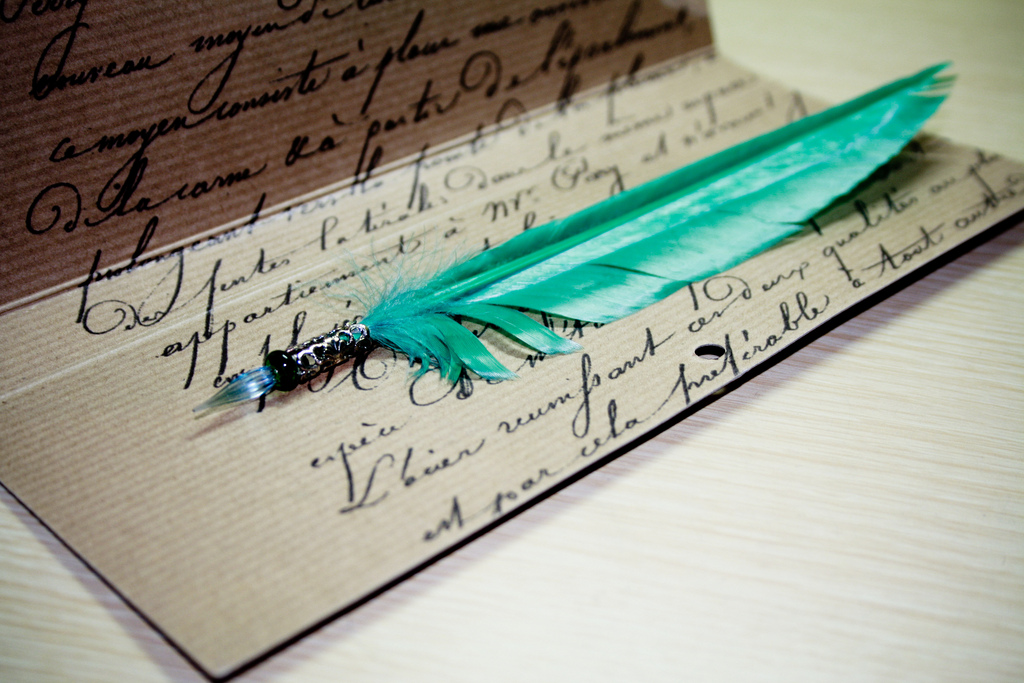 Writers for centuries have made an ally of the alias.

Nom de Plume, alias, pseudonym: there is no surprise that there are multiple names for the naming of names not your own. Trends in modern age literary criticism often see critics reading a text as enlightened by the life behind an author, as though every piece of work was in some sense an offbeat autobiography. Is it not fascinating, then, that throughout the publishing past so many writers have sought ways to dissociate their known persona from their work? There are plenty of reasons of why this might be so. Mary Ann Evans, better known as a certain George Eliot, wrote her seven novels (including the infamous Middlemarch) during the Victorian Era, presumably with a pen name so that she would be taken seriously as a writer and to thwart the chauvinists of the day, although female authors, usually of romantic novels, were published during her lifetime under their own names. The Brontës made use of the family name Bell for their novels, although whether this was so that they might be read earnestly, or to shield themselves from the wrath of locals who would otherwise have recognized themselves as characters from the books is unknown. Most likely, it was a bit of both. Austen, on the other hand, was keen to advertise her gender but avoid identification with her personal life, publishing her first novel Sense and Sensibility under the alias of ‘A Lady.’

In the past, women have initialised their first names so as to keep their gender a secret. D. C. (Donna Catherine) Fontana is one such example. Star Trek might not have been circulated so readily amongst men if they had known it was conceived by a woman. Today there is still a trend with female writers to disguise their sex, perhaps to add an elusive air of mystery by giving as little as possible away. Two spring to mind immediately, E. L. James, born Erika Mitchell and since marriage known as Erika Leonard, the author of Fifty Shades of Grey and its sisters whose titles I admit I have never familiarised myself with. The other of course is J. K. Rowling. There doesn’t seem much in this to take offence, and if anything, we can be grateful that James decided to abandon her pseudonym, ‘Snowqueens Icedragon’, which she previously wrote fanfiction under. It is a little ironic that J. K. Rowling left behind Jo for a gender-neutral alternative: perhaps her publisher was complaining about the extra print load that her sensational pseudonyms Kennilworthy Whisp and Newt Scamander demanded.

This latest example is of the kind we are more accustomed to come across in the music industry, where singers such as Richard Starkey can transform themselves into Ringo Starr, and Marilyn Manson can assume a false name so as to appear rather more exotic than the boy next door. The reasoning behind the choosing of this title can be explained by a theoretical marriage between Marilyn Monroe and the murderer Charles Manson. Other kinds of artists, who are renowned for adopting another name, include computer hackers, resistance fighters and terrorists with their nom de guerre, and graffiti artists. A rather mixed collaboration, whose reasons for concealing their identities are not really quite the same as those which authors are presumably at the mercy of.

Understandably, authors who write in different genres keep their spheres separate to avoid confusion amongst their readership and pre-conceived ideas about their work. One such writer is the mathematician Charles Dodgson, who published complicated treatises under his true name and plotted clever machinations for Alice in Wonderland as Lewis Carroll. Agatha Christie did the same, selling her Romance novels as Mary Westmacott. Charles Dickens also began releasing his first few stories under an assumed name, that of Boz, as he was a political columnist at the time and his experiments in literature could have brought the credibility of his views into question.

Daniel Defoe, the son of James Foe, a tallow Chandler, supposedly supplemented Foe with the prefix ‘De’ to make himself sound more aristocratic. Allegedly, he even claimed the prestigious ‘De Beaux Faux’ lineage as relations of his on occasion. His tendencies to mock important people meant that he sensibly did so under another name. The names themselves were not so sensible, a particular favourite being ‘Heliostrapolis, secretary to the Emperor of the Moon.’

Other reasons for opting for a Nom de Plume are fairly self-explanatory, with group writers publishing under one name and keeping their orthonyms, or true names, under cover rather than on the cover. This is the case for the Doctor Who script editors and producers, who write collectively as David Agnew. It also makes sense that Kingsley Amis, the first Bond continuation writer after the death of Ian Flemming, should use a pseudonym (Robert Markham). Erik Arthur Blair’s first work Down and Out describes his time as a tramp, and so it was out of respect to his family, and the compromising position that his efforts to end in prison would place them in if his exploits became common knowledge, that he used a pseudonym as a get-out-of-jail-free card, beginning his career writing as George Orwell. It is said that he wanted a name that rang with Englishness, hence he coined his name from the patron saint of England and the river Orwell in Suffolk.

Stephen King’s publishers encouraged him to occasion the name Richard Bachmann, as they thought people were unlikely to buy several novels in one year from the same writer. Pen names can be used so that the author’s name is in keeping with the tone of the book’s genre, or if the writer’s true name is already utilised by a celebrity. To increase profit, avoid embarrassment, or perhaps their work has already been turned down by a publishing house under their true name. Exposing yourself as a writer may affect your chances of employment in other areas, or writing as somebody else means you may find it easier to take hate mail and criticism. Particularly for writers of detective novels, it must also appeal to have such a secret.

A name is a statement, and if you are a writer, it is likely to be the first, and possibly only, detail that your audience knows about you. It is a source of endless fun for the likes of Chekhov, who published as the ‘Man Without a Spleen’, and endless troubles for the likes of Shakespeare, who manages to spell his own name differently in each of the six of his surviving signatures. (The standardised spelling, it must be noted, anagrams as ‘I am a weakish speller.’) Never mind Will, what’s in a name after all? An awful lot of politics, apparently!