Naturally Global: The Role of Nature in Amitav Ghosh’s The Hungry Tide 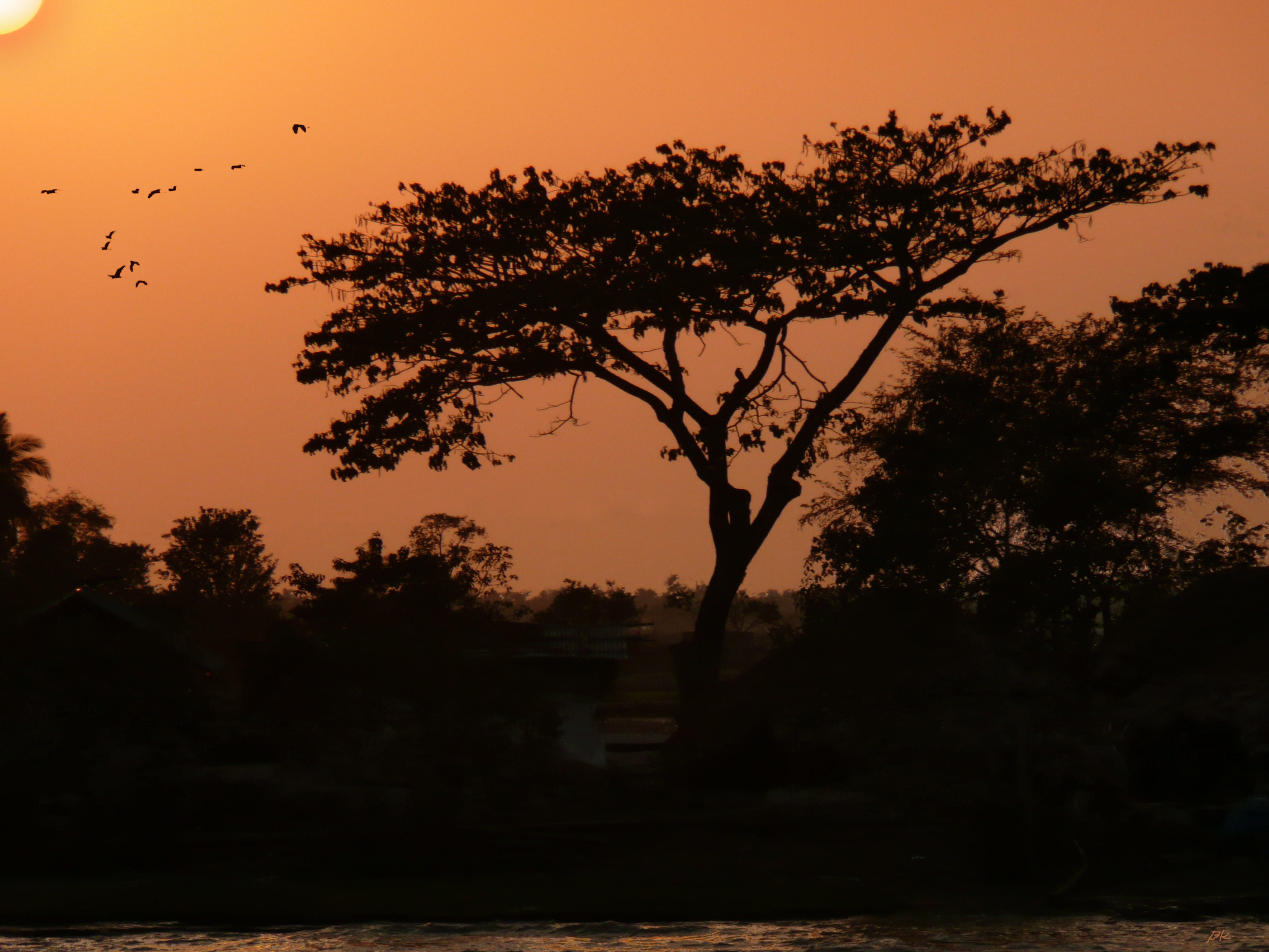 Sunset in the Sundarbans

I work on the writings of Indian writer Amitav Ghosh, and his fourth novel The Hungry Tide (2004) is what first drew me to Ghosh’s work. Many of his other works, such as The Glass Palace (2000), which precedes The Hungry Tide and the entirety of the Ibis Trilogy (just finished in March 2015), tend to cover large expanses of space and time to showcase how, in fact, the world is getting smaller; or, in other words, how global concerns have come to connect us more urgently in spite of the distance that still exists between continents. However, Ghosh, for whatever reason, chooses to limit The Hungry Tide in terms of geographical scope. It is set in the Sundarbans, a rather alienated cluster of islands in the Ganges Delta which often falls prey to tiger attacks and constant floods. In fact, the constant flooding is almost romanticised in a way in the following passage:

There are no borders here to divide fresh water from salt, river from sea. The tides reach as far as three hundred kilometres inland and every day thousands of acres of forest disappear underwater only to re-emerge hours later. The currents are so powerful as to reshape the islands almost daily—some days the water tears away entire promontories and peninsulas; at other times it throws up new shelves and sandbanks where there were none before. (HT, p. 7)

Of course, this entire description should probably come with the heavy caveat that it was born from the pen of a man who lived in poetry, but not of his time. From any other standpoint outside of a poetic one, the prospect of thousands of acres disappearing in a regular cycle can be (and is) frightening to the people who are living there. On the other hand, it is precisely because these cycles are regular and unaffected by global concerns or cosmopolitan politics that Ghosh’s depiction of the Sundarbans becomes not an alienated, preserved natural space that is separated by the horrors of tiger attacks and floods, but instead a rather coveted neutral space in which cosmopolitan disagreements and its associated problems can be resolved without any biases brought on by global culture. Nature, as drawn out in the Sundarbans, highlights quite clearly the lack of any influences from the outside (chiefly Western) world.

It would take another couple of articles, I think, to clearly define the ins and outs of global culture. But, as far as The Hungry Tide is concerned, it might suffice to say that Ghosh’s notion of global culture is best defined as a set of shared expectations that turn out to be only sanctioned by circumstance and not much else. A bulk of the novel is dedicated to the relationship between Kanai Dutt, a businessman who runs a translation bureau in Calcutta, and Piya Roy, an American marine biologist who is of Bengali descent. Her passion for freshwater dolphins have brought her to these islands. Despite her name and appearance, Piya is wholly American in her upbringing. One would assume that her Westernised background and Kanai’s overprotectiveness of his English abilities would put the two in good stead to get along. However, because they are both outsiders to the Sundarbans, and in effect entering a space that does not adhere to preconceived notions that are inevitably laid in place by global culture, their relations are put to the test in a place that is alien to both of them. Piya and Kanai’s interactions initially suffer; without the usual safeguards of cosmopolitanism in place to monitor them, they are forced to become more honest with each other. Whereas Kanai learns not to rely so much on the English language, Piya learns to see nature as being beyond the limited scope of science; as a being in itself, one that cannot be contained.

An integral part of Kanai and Piya’s relationship has to do with Fokir, an illiterate fisherman who possesses an uncanny instinct for navigating the islands. Piya hires him to be her guide as she tracks dolphins, and Kanai manages a spot on the expedition as a translator between Fokir and Piya. Though Kanai is able to interpret linguistically between Piya, who only speaks English, and Fokir, who has a limited grasp of Bengali, his presence seems at times excessive, since Piya tells him that she and Fokir, though they don’t share a language, already have so much in common that they do not need translation. Nature fully becomes a character in itself which holds its own brand of presence.

More than anything, Ghosh’s treatment of the natural world in The Hungry Tide is unusual because, in some ways, this reinvention of nature doesn’t benefit from the narrative treatment of literature. The whole situation is actually reversed: the literary experience which Ghosh presents to us is enhanced by the essence of nature. Nature therefore becomes a vehicle through which Ghosh’s love letter to the Sundarbans can be told, cutting through the arbitrary expectations of global culture.