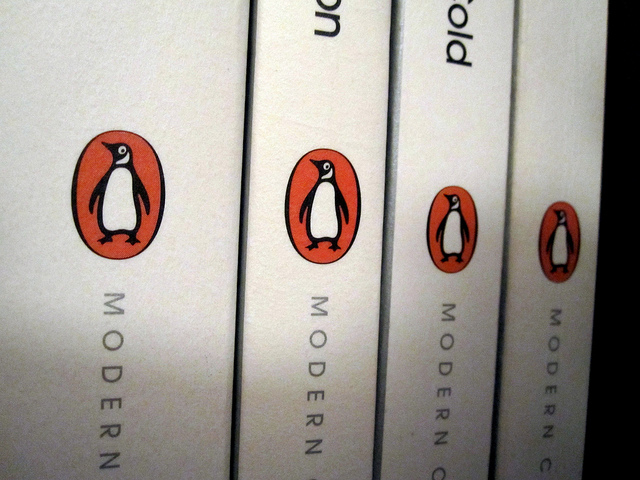 How important is the Penguin Classics imprint?

Pop memoirs are nothing new in publishing. Especially in the run up to Christmas, plenty will be prominent on bookstore shelves and Amazon chart lists. Morrissey, however, will undoubtedly be the standout this year with his release, titled simply Autobiography. This is mostly due to his prestige and cult status as a musician, yet, perhaps a little of it is owed to the controversy around the book being published in the Penguin Classics imprint, the first entirely new book ever to be published by them. Nonetheless, controversy is too strong a word. Despite a very small handful of impassioned articles, this has purely been a storm in a teacup, followed by a collective shrug, perhaps much like the decision process at Penguin itself to accept Morrissey’s demand that the book be published with the famous black cover.

The imprint began in 1946, with E.V. Rieu’s translation of The Odyssey. Rieu would go on to become the general editor of the imprint, which ran with the express aim of making classics of world literature available to the public, rather than only scholars and academics. Obviously, the series evolved to include more recent works than the ancient classics, including a sister series of Modern Classics. In fact, the most recent controversy for Penguin Classics was the decision to publish Nick Hornby’s Fever Pitch as a Modern Classic last year, just two decades after its publication.

However, there’s a clear difference between these two decisions. Rebranding Fever Pitch was a provocative pushing of boundaries over how we define the status of relatively recent works. Publishing Morrissey’s memoir as an ageless classic from the moment it sees light has no deeper meaning to it than a business decision. There is nothing inherently wrong with Penguin calling it a ‘classic in the making,’ it is just an act devoid of any substance, the result of a tired ‘why not?’ rather than any decision or thought.

On the other hand, some internet commentators have taken this as a chance to question whether Penguin even should be making gate-keeping decisions of taste in relation to classics of literature in the first place. In an article for The Awl, Rebecca Hugo Barry argues that what Penguin decides is and is not a classic is irrelevant, as ‘the literary canon is a largely imaginary list’ and publishers’ decisions are at best arbitrary. There is certainly some truth in this, yet finding it reason enough to throw the whole idea of a canon of great books in the trash is a little strange, especially when hard, indisputable facts are usually difficult to come by in the world of judging books. This view is part of a wider perspective on literature common on the internet. ‘Book snobs hate that Morrissey’s bio is a Penguin Classic’ runs the title of the article covering the matter on The Wire. Yet, is this free-for-all attitude really so revolutionary? All these confident, damning assertions tend to have the tone of an A-level student who just started reading Nietzsche and begins gleefully telling everyone that everything is stupid and doesn’t really matter anyway.

Strangely, however, criticisms such as this make it sound as if there has been an uproar from the literary establishment, the ‘Brits [getting] their knickers in a twist’ as Barry called it. But this is really not the case. The Times Literary Supplement, the most old-fashioned (and unafraid to be confrontational) literary periodical, barely mentioned the issue in their review of Autobiography, criticising the editing of the book over any other action from the publishers. True, The Guardian posted a short article making fun of the whole affair, and the Telegraph and Independent both published an article pointing out that it was fairly ridiculous, but that has been it. The discussion has ended there.

Some important implications for publishing follow this, both because of the decision and the reaction to it. As self-publishing and the amount of fiction being distributed online grows, alongside the major companies merging to form massive conglomerates (the newly formed Penguin Random House now controls 25% of world book publishing) two very different ways of publishing and viewing literature are emerging. This makes it essential for companies like Penguin Random House to assert what their identities as publishers will be for the next decade or two, to show the world who they are in comparison to the alternative. Whether intentionally or not, this decision by Penguin Classics to publish Autobiography has done this. It is not profiteering that is the issue here. It is the shoulder shrugging. The apathy in someone coming to Penguin to argue that their book is already a classic and getting the response ‘why not?’ ‘A classic in the making’? Sure, why not?

Unfortunately, this is all the more important for how unimportant it is. Today, it would be embarrassing for anyone to kick up that much of a fuss over what should and should not go into Penguin Classics, seemingly even for Penguin Classics themselves. That fact alone is quite sad. Not tragic, or catastrophic, or even all that important, but sad. It will not mean the end of good publishing standards, good books, or even anything that can be said to be that significant in relation to the dramatic world events we see occurring every day. But, this is a quiet, significant moment for books and publishing, one that is marked with a shrug rather than anything else.