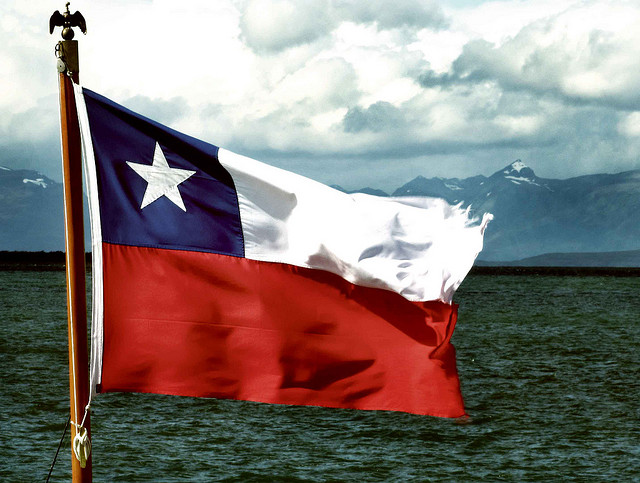 “…she is fiercely proud of her country and its unique beauty”

At the age of fourteen or fifteen I was an avid reader of literally anything I could lay my hands on. Science fiction, the classics, historical fiction, even the daily newspaper… you name it, I wanted to read it. However, fairly soon I got bored, having read everything in the house at least twice over, which is when my mother decided to hand me a book she had just finished. It was called The House of the Spirits, written by a Chilean author named Isabel Allende. As soon as I read the first line, ‘Barrabás came to us by sea,’ I was hooked. The genre of magic realism, being completely new to me at the time, captivated me at the first instance, combined with the uniquely Latin American flavour of the book. Magical realism is defined as the blending of magical elements into a realistic or mundane atmosphere, breaking our physical ‘rules’. Allende’s work explores volatile political upheavals, class divisions, and familial bonds in Chile, ‘that geographically narrow and proud nation’.

Despite being a fascinating continent, with an utterly unique mixture of culture and history, Latin American fiction seems to be generally passed over. Although many will have read Gabriel García Márquez’s Love in the Time of Cholera, as well as being familiar with the poetry of Pablo Neruda, proportionately Latin American literature does not play a huge part in the contemporary literary scene. Equally the genre of magic realism does not receive a great deal of attention. Perhaps this is because language students, one of the groups most likely to read the texts in their original language (although the translations are fantastic too) have been frightened away from the genre thanks to analysing novels like Como fresa y chocolate, with its admittedly explicit material. However, Allende treats the genre with an originality and lightness of touch that would gently ease even the most timid of readers into the world of Latin American fiction. Magic in the novels seems to be inherent in nature itself: not only in the forests, mountains and deserts of Chile, but in the wide open plains of the United States. Allende is almost Romantic in the connection to her country and its individual landscape.

The House of the Spirits, through the story of an upper-class Chilean family, documents the evolution of a traditionally volatile country through several political upheavals, aided by characterisation. From the dominance of the conservatives, personified by the irascible and reactionary Esteban Trueba, Allende traces monumental moments in Chilean history up to the coup and then the Pinochet dictatorship. With great pathos she describes the death of the Socialist Candidate who, although left unnamed in the novel, was actually Allende’s uncle Salvador, killed by the Chilean military. She describes the repression and political stagnation of Chile during these years, perhaps fulfilling the writer’s function of effecting change through writing about it, particularly relevant in Britain where the full details of the dictatorship were kept under wraps thanks to Thatcher’s continued support. This book in particular is certainly political: through Alba, Senator Trueba’s revolutionary granddaughter, she condemns the dictatorship and mourns for a lost opportunity of Socialism, whose disavowal and consequent repression undoubtedly set the country back many years.

Although she is fiercely proud of her country and its unique beauty, ‘a wild paradise of cold forest, volcanoes, lakes and rivers,’ it is also interesting to examine the undercurrent of human suffering running through all her novels. Graphic images of war, poverty and repression abound on both racial and sexual grounds, and Allende’s contempt for this corrupt society is blatant. For example, when fulfilling traditional upper-class charity work, a character named Clara remarks that, ‘We’re just doing this to assuage our consciences, darling. The poor don’t need charity, they need justice’. Although most of Allende’s novels are not as overtly political as The House of the Spirits, most of them are political in some way: all of them feature strong female characters who are constrained by the society in which they live. She is also constantly critical of the greed, selfishness, impotence and weakness exhibited by the upper classes who exploit the poor to maintain the status quo instead of using their privileged positions to effect real change.

Despite this, in most of Allende’s fiction politics takes a back seat to family and identity. The family is the main anchor for the characters: whether they love them or loathe them, the influence of their families is absolutely crucial in shaping the people they will grow to be – whether they rebel against a suffocating influence, or forge loving bonds which surmount death itself. The central conflict in Portrait in Sepia, for example, revolves around Aurora’s desire to find herself after losing half of her family at five years old. Often sprawling and dysfunctional, Allende’s Chilean families betray each other, row, end up dispersed around the globe and disagree about everything, but they still remain a family unit. As Allende traces generations, she examines how our past affects our future, highlighting the importance of memory and one’s own part in constructing it. ‘Memory is fiction. We select the brightest and the darkest, ignoring what we are ashamed of, and use it to embroider the broad tapestry of our lives’: myth becomes legend, legend becomes fact. Memory is the distorted mirror through which we perceive ourselves that can completely change our sense of identity and, so, the way in which we act. Perhaps this is particularly pertinent to Latin America, a continent of both mixed blood and mixed culture, where the conquistadors fabricated their own memory and shaped the identity of what Chile would grow to be.

Isabel Allende undoubtedly deserves her reputation as one of the best contemporary Latin American writers. Her books are magical without exoticising Latin American culture and, for once, Europe is presented as the Other. I would recommend her books simply for the characters: warm and often satirical portraits which at once reveal Allende’s political viewpoint but also situate the reader at the heart of the narrative. As characters grow up, start families of their own, and live through momentous political and geographical cataclysms we become heavily emotionally invested: these novels are certainly a must-read for anyone interested in Latin American politics and history. While the political dimension to her novels is fascinating, it is their uniquely human aspect that stays with you long after turning the final page. Whether the genre is called magic realism or not, the real magic lies in Allende’s portrayal of both the beauty and the ugliness of the human spirit.