Elizabeth Briggs in Literature on 14 December, 2012. 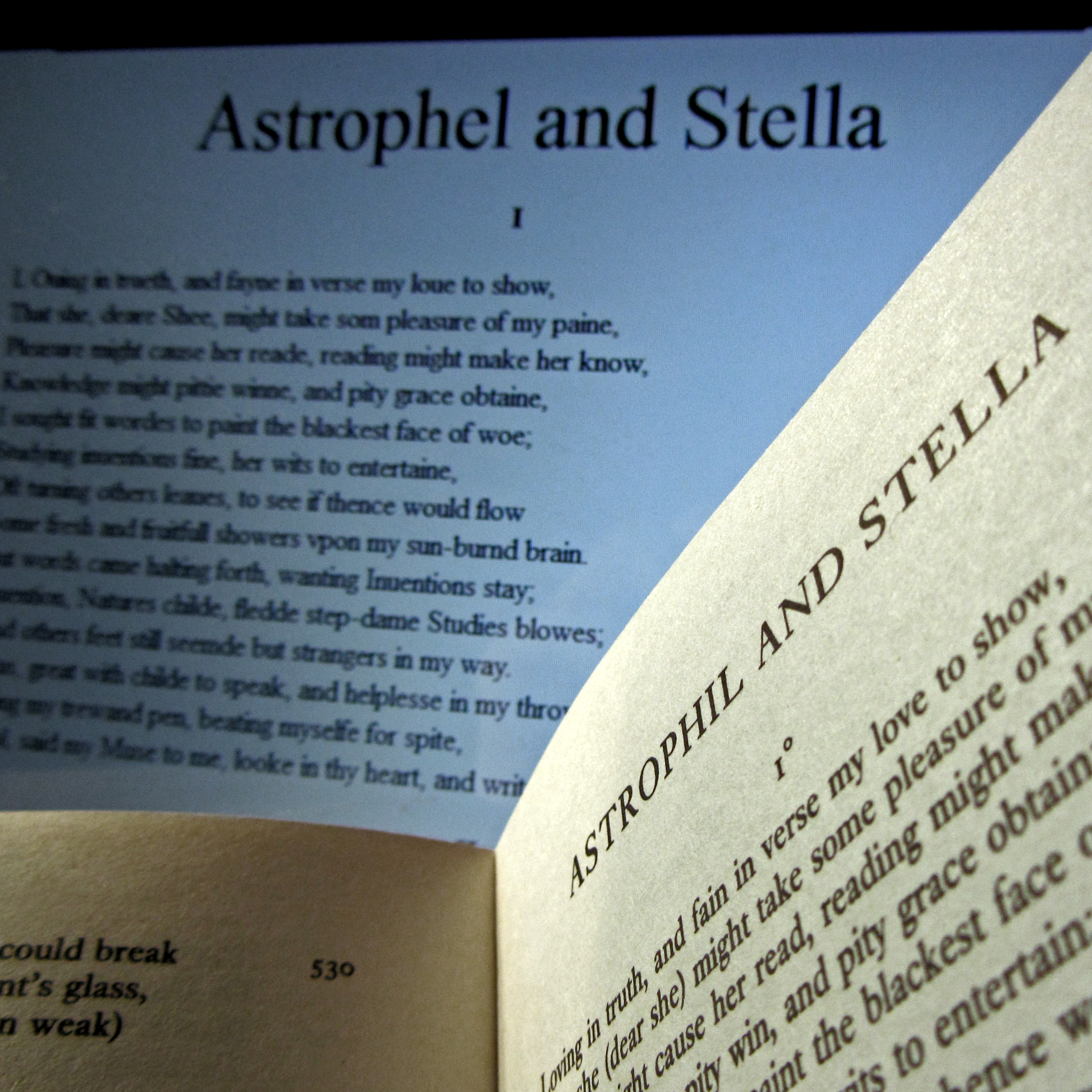 © Anni Pekie
“The trouble with digital poetry is that it doesn’t connect with the senses other than with the eyes.”

Anne Stevenson, who recently , is an acclaimed author living in Co. Durham. She has recently published her sixteenth collection of poetry, Atonishment, and has found time to answer some questions for The Bubble.

The Bubble. Has poetry always been an integral part of your life, or has it become more important to you over time?

Anne Stevenson. I grew up in a poetry-reading family in America. I can’t remember a time when I didn’t hear verses of some kind repeating in my ears: nursery rhymes, folk ballads, Christmas carols, the voice of my father reading Shakespeare, Browning and Scott aloud to his family. Iambic pentameter seemed as natural as breathing. Of course, as I grew older I grew more self-conscious, and self-consciousness is the keynote of modernism. I was sixteen or seventeen when I discovered The Waste Land and tried to imitate Eliot, Yeats, even Wallace Stevens, through I secretly preferred Robert Frost. I still possess a collected Robert Frost given to me by my piano teacher after I gave my first and only piano recital in our living room in Ann Arbor. She might well have been hinting to me that poetry would suit my talent better than music. In any case, I have carried Frost’s poems around with me ever since, along with the five-volume Auden/ Pearson Poets of the English Language my mother gave me when I graduated from high school as long ago as 1950. Since then, of course, I have tried writing in a variety of forms, but poetry has generally been the thread on which I’ve strung my hopes and ambitions. Oddly enough, poetry qua poetry has become less important to me as I’ve published more of it. Or rather, I don’t care so much about ‘Poetry’ as a game of words or an exercise in ingenuity as I do about what poetry can say that prose can’t.

TB. [After finding ‘Paper’ on your website.] Do you think reading poetry for the first time in this ‘digital, clean, indestructible’ format can live up to the connection you feel when reading poetry from a page you’re physically connected with?

AS. I meant what I said in ‘Paper’ ­– the first draft of which was a poem about accumulating too much paper. The trouble with digital poetry is that it doesn’t connect with the senses other than with the eyes. That seems to be the drawback of living in the digital world. I’m suspicious of the ease with which we slip into a virtual world of unexperienced (stet) sensations, as it were. So I usually print out poems when they are sent to me by e-mail. You don’t want to mark up or correct poems when they appear on the screen. They look perfect and indestructible, even when they are awful poems. I prefer texts you can take a pencil to.

TB. Do you think that your writing has changed depending on your location? Have you found that since you came to Durham you have new inspiration?

AS. I wrote quite a number of poems when, in the 1980s, I lived in Langley Park, once a mining village and in the 80s full of dropouts from corporate Thatcherism, like myself.

So, yes, I found much to write about then, as I do now, not so much in academic Durham, but in its geological and historical past. I like the independence and comparative emptiness of the north of England; and I love the Cathedral.

TB. Do you enjoy opportunities to connect with your readers first hand at events such as the Durham Book Festival?

AS. I usually enjoy reading aloud poems that I, after all, wrote to be heard as much as read. I prefer, though, to read to smaller groups, say in a pub or a living room, where I can make eye contact with my listeners and encourage them to ask questions. Poetry, to me, is chamber music; it’s difficult to hear in a big concert hall, and a microphone affects the intimacy between reader and audience.

TB. You’ve had a lot of success in your lifetime, and won much recognition and many awards. Is there any achievement that could be particularly meaningful to you in the future?

AS. To me it’s always surprising to hear that I’ve been successful. You can ask my husband. I’m continually complaining to him that my poems are ignored or, worse, misunderstood. But I am proud of having been recognized by the Poetry Foundation of America, particularly proud of having had my Selected Poems published by the Library of America in 2008.

TB. In our technological age, there is a lot of scope for anonymous online comments, which are not always constructive. How helpful do you find criticism of your work, and do you brush off unfounded, negative feedback?

AS. Well, I never look online for comments or criticism; if it’s constructive someone usually sends the digital address to me. As for criticism in general, it’s welcome if it illuminates some aspect of my work I wasn’t previously aware of. I have several poet friends, too, to whom I send drafts before I make a poem pubic. I rely on a few, sensitive ears and eyes to tell me when a poem’s gone off the rails… as poems do, though I think I’m a better critic of my own work now than I used to be.

TB. The journey from writing a poem to its appearance in paperback is quite lengthy. How strongly do you feel about the presentation of your work: for example, the cover, publishing order and blurb?

AS. Neil Astley and his team at Bloodaxe Books have been ideal publishers. Neil asks his poets to choose their own cover illustrations. We always arrange the poems in the order of our choice, and we even send him drafts of the blurb, although he has the final word on what goes on the back of the book. I have to say that, in comparison with Oxford, Bloodaxe has been a blessing. It functions as a literary agent as well as a publisher. I couldn’t ask for a better!

TB. In our generation it seems that novels and drama without an obvious metrical form are more in vogue than poetry, which only seems to come out on special occasions, such as birthdays, funerals and Valentine’s Day! How would you recommend incorporating poetry more regularly into our everyday lives?

AS. Well, it can’t be in doubt that poetry in the 20th century – that is to say, serious modern poetry – elected to become a minority art by deliberately choosing a road not travelled by and looking down on popular verse-making. Eliot and Pound, and to some extent war poets like Thomas, Owen and Gurney, faced up to the challenge of their time and refused to be merely entertaining. Eliot rooted his poetry in his Christianity and consequently “hated’ popular democracy. Pound took the terrible promises of fascism seriously and paid the penalty. Stevens, Marianne Moore, Carlos Williams founded new schools in America, inspiring a minority of followers all over the world – including Elizabeth Bishop and Sylvia Plath, who were models for me. Meanwhile, the general public that for the most part reads for pleasure, went its own way. So it is not surprising that poetry up until very recently secured for itself a reputation for obscurity and elitism. As hard headed Philistines still frequently put it, ‘Who needs it?’

Yet I don’t think the situation of 20th century poetry is quite true of poetry today. In fact, from what I’ve observed, poetry in the last three decades has undergone a big switch – a major change of emphasis. It has ceased to be the property of an an elite body of poets and academic critics and become, in the popular mind, at least, a profession that any boy or girl with a will to succeed can take up, given a creative writing course or two and a MFA degree from a credited university. As a result, there are many more writers of poetry than people who read it. Poetry workshops spend little time studying models from former times; the entire emphasis is on producing new poetry, the newer the better. And since most of the new poetry promoted by course-teachers, prize-givers or circulated through the internet is pretty dire, the public that was suspicious of poetry in Modernist times is even less inclined to bother with it now. That seems to be Geoffrey Hill’s quarrel with the world, and I have to say, to some extent, it is mine, too. Yes, not only fiction and drama are read and talked about more than poetry, but history, popular science, travel books, biography, autobiography, anything that entertains and demands little or no input of thought from the reader. What could be more popular than the Harry Potter stories, written for children but devoured by many thousands of adults?

So it comes about that my final assessment of what is happening now in poetry, as in most of the arts, is hardly a happy one. As the level of what is demanded of a poet in the way of knowledge, taste and skill drops lower and lower, the number of people attracted to the idea of ‘becoming a poet’ or ‘becoming a celebrity’ proportionally increases. So rather than ‘incorporate poetry more regularly into our everyday lives’, I would prefer to promote and market it a bit less, to keep it as something special, something private, an almost sacred communication between individual people. Poetry should never be used to make someone clever and in love with fame an enviable public reputation. Not that I don’t want to publish my poems, it’s more that I don’t want to woo a mass of readers who can’t discriminate between a technically beautiful or many-dimensional poem and a poem that, perhaps says something like the same thing, but awkwardly, in careless cut-up prose, or in language that borders on what a fourteen-year-old might come up with in a moment of crisis. If poetry ceases to be an art of language at its most accurate and mysterious while yet sounding, as Elizabeth Bishop insisted, spontaneous (although very few poems are actually written spontaneously) well then, I think we’d be better off not bothering with poetry at all. After all, who does need it?