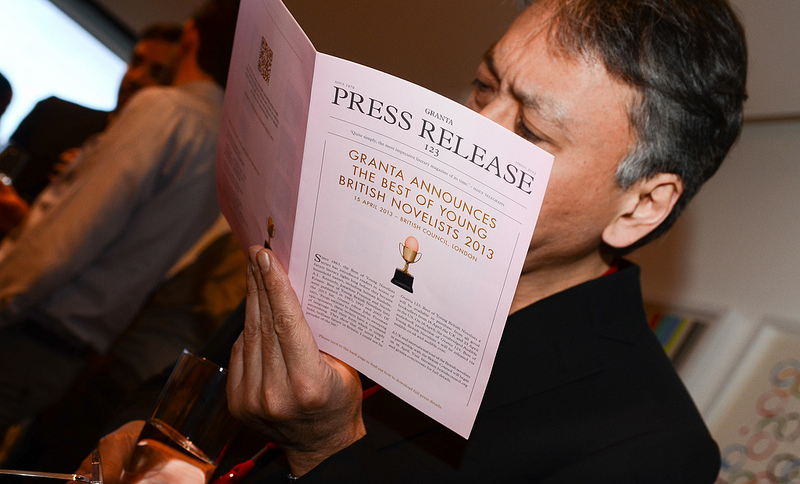 These are ‘unreaderly times’. So editor John Freeman declares in the latest, and highly anticipated, issue of Granta, which exhibits work from its chosen twenty ‘best of young British novelists’. There is certainly evidence for his claim. The book boom is over, publishing is morphing into something uncertain and new, and everyone is waiting for the dust to settle on a time when the importance of novelists has taken a serious knock. And yet, there will still undoubtedly remain some pantheon of elite, literary novelists who make themselves heard, and Granta, for the fourth time in as many decades, has attempted to find such ‘exceptions to’ this ‘general rule of irrelevance.’ It certainly has in the past; discovering writers too numerous to list in full who have gone on to become established literary names. However, while it is a common cliché to presume our own times are different, that feeling does pervade much of the anticipation and commentary on the list, as well as Freeman’s introduction. If the elite group has become smaller, less prominent, and even harder to reach, then such a literary institution as Granta’s decadal list can only have grown in importance.

It is all too easy to forget the magazine issue itself for the list, however, which would be a great shame as, without the surrounding issue, this is just a sequence of names. One major difference from regular issues of Granta is the lack of short stories. Obviously, for a list of novelists, excerpts from their current novels in progress makes sense. Nonetheless, the pieces do suffer for being slices of a held-back whole. One of the few short stories in the collection, Naomi Alderman’s ‘Soon and in our Days’ stands out impressively on the virtue of its being a complete and contained entity in itself.

‘Soon and in our Days’ tells the story of a modern Jewish family, whose routine reciting of verses predicting the return of the prophet Elijah at Passover gains a surprisingly new relevance when he arrives to stay: ‘”Happy Passover to you,” said Elijah. “Have I missed much?”’ The brilliance of the idea is in Alderman taking the concept quite literally; putting a biblical Elijah at odds with the endearingly modern and middle-class Rosenbaums. The playful nature of the writing makes it a joy to read, but there is a serious heart to this comic tale. There is something strangely moving about the calm ordinariness of the community’s reaction to Elijah’s call for holy war: ‘And the people spoke in one voice, saying, “Yeah, no.”’ Through this, Alderman attains that increasingly elusive quality for writers: originality. This is a story that avoids trying too hard and weighing down the writing with a laboured feel, but tries just hard enough to show the reader what Alderman can do, and invites you to go on and read her work.

However, it is generally more serious writing that fills the collection. Kamila Shamsie’s Vipers opens the issue; a work of historical fiction that tells the story of Pakistani soldiers called to fight for Britain in World War One. The title itself embodies the theme of untold history in giving the Pakistani mispronunciation ‘Vipers’, as opposed to the famous British mispronunciation ‘Wipers’, of the heavily fought over Belgian town of Ypres. This title also foreshadows the sinister note of the story. Shamsie plays well with the reader’s expectations, reflecting a common perception of the war as one of Britain’s finest hours, in the protagonist Qayyum’s enthusiasm and love for the country, only to turn this enthusiasm into bitter disappointment at the atrocious prejudice Qayyum faces in the land for which he fought.

Tahmima Anam introduces us to the world of an imported labourer working on one of Dubai’s skyscrapers in ‘Anwar Gets Everything’. Unlikeable characters are often compelling through their exuberance, but Anam’s narrator is all too human in his flaws. Hopelessly trapped between the demands of family and a foreman maintaining conditions that are close to slavery, his nihilism, selfishness and, at times, cruelty stem from circumstances pushing him to breaking point. It is a testament to Anam’s skill that, even if you do not particularly like the protagonist, you understand him, and root for him to escape the life in which he is trapped. Perhaps most evocative, though, is Taiye Selasi’s Driver, which focuses on a less extreme case of injustice but nonetheless creates a strong voice; one that lets the reader into the class and racial politics of Ghana. All three of these pieces are powerful in their own right, but when placed so close together in a collection such as this there is the risk of the reader growing tired with yet another excerpt following an individual suffering injustice. This is especially problematic in a collection aiming to represent modern British literature, rather than injustice and racial prejudice from around the world.

Conversely, such a format also allows work that differs from these conventions to really stand out. Ned Beauman’s excerpt from his upcoming novel ‘Glow’ leaps off the page with prose that crackles. The excerpt only briefly introduces us to Win, a young street drug chemist who manages to concoct a new substance through meeting an American in the town of Gandayaw. Unlike Alderman, Beauman is very clearly firing on all cylinders, leading some to refer to him as a bit of a show-off. But his efforts have never been let down by the result, and it seems his well of fantastically original similes is still far from dry. Having said this, despite certain comments he has made about becoming a more serious writer with this novel it is difficult to see from this excerpt how his work has changed significantly from his last two books. This is by no means a complaint, but we may have to wait for the full novel next year to see where his vision is going as a writer.

Moreover, we should not be blinded by the fireworks of Beauman’s writing into thinking he is the only real stylist in the collection. Both David Szalay and Adam Thirlwell show how effective more subtle styles can be in the slow burn of their pieces. Szalay’s ‘Europa’ masterfully tightens the spring as his hired-muscle protagonist discovers the reality of his friend’s work pimping out his own girlfriend. Thirlwell’s prose in ‘Slow Motion’ is more ambitious and less conventional, however, portraying the eerily unreal morning of Edison Lo, who wakes up in a motel room with an unconscious woman in his bed.

The tenth piece, from Steven Hall, is the most experimental of all; exemplifying what The Guardian described as the ‘boil-in-the-bag-postmodernism’ of the collection (an appealing phrase of which the meaning is very vague). ‘The End of Endings’ consists of alternating standard and upside-down pages, the latter of which are printed in black. The effect is one modern day narrative told when read through as normal, and another, set in 1854, when the book is turned upside down and read the other way. Both halves are certainly good (and the weird printing is undoubtedly cool) yet they feel fairly disconnected from one another. This makes the piece almost serve as a metaphor for the collection itself. All of the pieces are without question good, even great, writing. But they are disconnected from each other in a genuine, rather than crafted, postmodern way. Maybe this is not something we should be looking for, or at least not today, but in this generation of great British writers there is very little sense of a cohesive ‘whole’.