Holly Bancroft in Literature on 25 February, 2015. 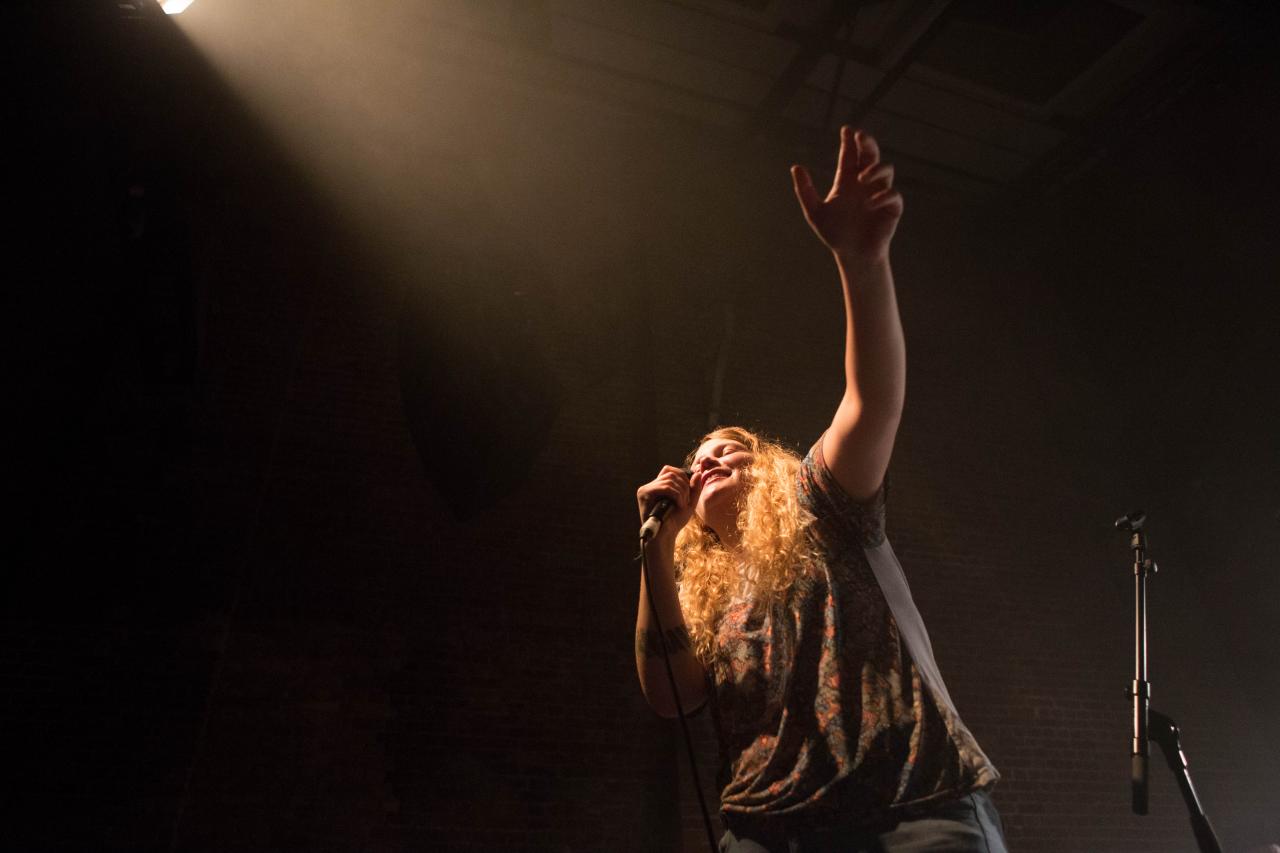 “The Gods are all here. Because the gods are in us”

Poetry to be understood
It is the tendency of many people to disengage with poetry because of its shroud of inaccessibility. It seems, in many cases, to expect to be absorbed but not understood. Anyone who has watched the History Boys will remember when Timms says to Hector in a moment of exasperation, “I don’t always understand poetry!” to which he replies, “You don’t always understand it? Timms, I never understand it. But learn it now, know it now and you will understand it… whenever.” Although this sentiment often makes sense Kate Tempest presents us with work that is accessible and as such can speak to the modern reader. Her rap influence is a huge part of this and a lot of her work takes the form of ‘spoken story’. Take Brand New Ancients for example, in which she describes the lives of two families and how their lives intertwine. The Guardian described her as “the soul of modernity” and that is perhaps the reason why her work is so relevant and understandable. She is using the modern word to tell modern human stories.

A new world
A refreshing quality of her work is that these stories come torn out from the lives of people in south-east London, where Tempest is from, and from her own experience. Because her work reflects that background, reading it immerses you in a world that is ever present in English society but one you might not have fully thought about. For example, the story of two friends growing up in Brand New Ancients:

“And so they became the bad guys,
angry, disenfranchised,
man-sized
punch-happy fists, sad eyes-
but between them was decency,
between them was a bond,
a shared weakness
that made them both strong.
If you see them, hoods up,
prowling the pavement at night
you’ll walk quickly away,
skin prickling with terror
but they know love, though,
and they know laughter,
know each other as brother,
friend, father,”

She is in every character and so are you
Having said that, the beauty of her work is that she is in every character and so are we. You don’t have to come from Lewisham, Brixton, Peckham to know that the qualities she is describing are in everyone and apply to all. Hold Your Own, her first full length collection of straight poetry, contains a running theme of identity as explored through Tiresias, a character in Greek mythology. Although it may seem hard to relate to a prophet transformed from boy, to woman, to man, Tempest uses Tiresias as a way to explore the universal struggle to identify yourself and then be happy with your identity as life throws upsets at you. She has a gift for putting into words what others have felt and thought in a simple beauty that does need not be elaborated. For example, What we lose from Hold Your Own.

“When I was young,
I could speak to animals,
these days
I don’t know what to say.

They used to sniff my ears,
but now
they smell my fear
and walk away.”

Her people are Gods and her Gods are people
Kate Tempest’s method of considering man through mythology is a running emphasis in her work and as she says in Brand New Ancients, “The Gods are all here. Because the gods are in us.” She makes the point that normal life is just as dramatic as the stories of the Greek Gods and in fact in a modern world which prizes autonomy we are our gods. People are the gods of society. “The stories are here, the stories are you”. Why start writing elsewhere than with human inconsequential life? The dull and ordinary is amply sufficient.

Some things are better understood spoken
Although this article is entitled ‘five reasons to read Kate Tempest’ a uniquely refreshing quality to Tempest’s work is that much of it is spoken aloud. Be it in her début album Everybody Down or even in her performances of her poetry. Her poem written for the project myshakespeare is arguably best when spoken aloud. Tempest speaks about the words and phrases that Shakespeare has influenced saying “he’s in our mouths, his words have tangled round our own”. Because you hear the words aloud it brings a new understanding to what she is saying, like her words are tripping themselves up, focussing back on what was just said as she says it. Her poetry has such an absorbing and encompassing beat that even if you simply read it you find yourself thinking about the words on the page when they instruct you to pause. The joy of reading her work aloud is that you are caught by the words coming out of your own mouth, a point or a feeling becomes so much more when you are in fact saying it to yourself. She writes truths of the human condition, of human experience. When have you ever spent time to stop and understand yourself? Her poetry lets you do that.