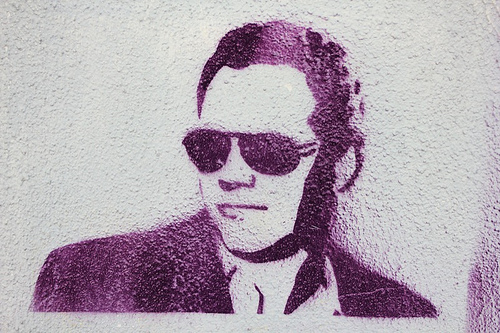 According to an interview, Bret Easton Ellis wrote Imperial Bedrooms while “obsessed” with the 1973 Robert Altman film The Long Goodbye. As an obsessive fan of that movie, going so far as to base some of my mannerisms (mumbling, physical awkwardness) on the protagonist Philip Marlowe, this immediately piqued my interest. These, I should point out, aren’t qualities which Ellis bestows on his characters. Imperial Bedrooms is the sequel to his 1985 debut, Less than Zero, which explored the lives of a group of rich, wild L.A. teenagers, told by narrator Clay, a passive, vaguely implicated member of the group. Twenty-five years later, these adolescents have “matured” into strung-out fortysomethings, complete with broken marriages, illicit affairs and botched facelifts.

If you think that sounds like a terrible premise for a novel, well, you’d be wrong. Unlike its predecessor, Imperial Bedrooms is not a series of disjointed vignettes; it actually features a plot. Clay has returned to L.A. after a long-term stay in New York and finds himself involved with an aspiring actress. Clay is now a successful screenwriter, and uses his power to manipulate young females for sexual purposes. However, this time the girl he’s screwing is embroiled in a complex sex triangle with two of Clay’s friends, Rip and Julian, and one mysterious Kelly Montrose, who is brutally murdered near the beginning of the novel. All the while, whether at home in his luxurious but cold apartment, or at a party, or on the street, Clay receives text messages telling him: “I’m watching you.” This is Ellis’s tribute to The Long Goodbye’s atmosphere of creeping paranoia.

Anyone who’s read American Psycho will know that, with Ellis, things are not always as they appear on the page. Thus we are left to ponder whether Clay’s stalker(s) are a manifestation of his diseased mind. In Less than Zero, Clay was a shady, peripheral character, an observer, and while his depictions of drug binges, gang rapes and snuff movies were unflinching, we got the impression that he was largely innocent of it all. Not so this time around. Clay continues to sexually manipulate the actress Rain Turner even as he knows a) she will not get a part in his movie and b) her life may be in danger. When he finally lets her go, it is through a bizarre double-move which results in another man getting killed. Clay’s tone is still passive, but he’s evolved into a narcissist, and has succumbed, as his friends had in Less than Zero, to the temptations of a hedonistic lifestyle.

Clay’s descent is mimicked in Ellis’s prose. He seems to have imitated the peculiar cinematic technique utilized in The Long Goodbye known as “post-flashing”, in which the film is exposed to controlled amounts of light to produce an overblown, washed-out effect. These are exactly the phrases I’d use to describe Ellis’s style in Imperial Bedrooms. Gone is the fresh zestiness of Less than Zero, what we have is hazy, disorientated blankness. Of course, it wouldn’t be Ellis without a hefty dose of shock factor. I’ve always found it unusual that postmodern writers claim that nothing shocks anymore before proceeding to do just that in their fictions. Ellis apparently even had a tussle with his long time editor over a particularly explicit sentence which the latter wanted to take out, and I’m willing to bet it was this one: “Smeared with shit, I was pushing my fist into the girl and her lips were clinging tightly around my wrist and she seemed to be trying to make sense of me while I stared back at her flatly, my arm sticking out of her, my fist clenching and unclenching in her cunt, and then her mouth opened and she started shrieking until the boy lowered his cock into her mouth, gagging her, and the sound of crickets kept playing over the scene.” Correct me if I’m wrong, but the most shocking thing about that sentence is the number of clauses he links with the word “and”. I know it’s style Mr Ellis, but it wouldn’t hurt to use a full stop every now and then!

Some would say that the novelty of the novel’s subject matter (the debauchery of Hollywood) has well and truly worn off since the mid-80s, when a fictional exposé of its excesses was still able to cause a stir. After all, Ellis was writing about eighteen-year-olds back then. When the focus is switched to forty-three year olds, still up to their old tricks in the year 2010, you start to wonder why these people won’t just grow up. I don’t think though, that it was Ellis’s aim this time around to throw a firebomb into the placid waters of American fiction. Everyone knows his game now. But Ellis has been smart enough to mature in a way his characters haven’t. What is most striking about Imperial Bedrooms is not the visceral impact of drugs, sex and violence, but the rather more sublime nemeses of fear, loneliness and paranoia. And with the exception of Raymond Chandler, author of The Long Goodbye, I’d struggle to think of a writer who does it better.