Don’t Read Too Far Into This

Elizabeth Briggs in Literature on 12 October, 2011. 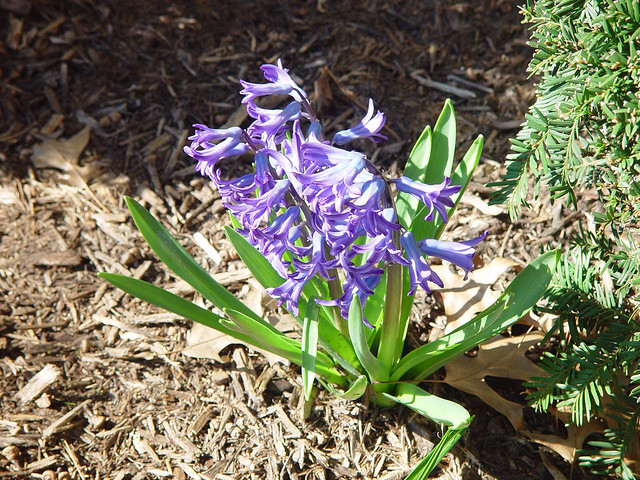 A friend recently told me that she hasn’t finished a book since our GCSE English literature set texts. She likes films because “a picture speaks a thousand words.” Quoting proverbs does not hold quite the same sway as quoting critics, but I enjoy the way that they’re always proudly produced to close an argument. But what about those wonderfully useful words that spring a different image for a thousand people? What about symbolism?

Everybody will have broken down at some point whilst scrolling through SparkNotes, certain that Fitzgerald waters Daisy with Mint Julep because it is a drink and not because green is the colour of fertility; but if one person makes the association between a word and an image, then what the author intended ceases to matter. And if you are intended in a racy Victorian novel to see a hand in a glove as a phallic symbol, from then on you cannot help but be reminded of this subtext when reading Rex Stout’s 1937 detective novel, The Hand in the Glove.

I always feel a little awkward when Shakira’s She Wolf plays on the radio, because a ‘lupa,’ she-wolf, is synonymous in Latin with a most vile kind of prostitute. Likewise I have a quiet giggle during S and M by Rhianna, having once read in the footnotes of The Merry Wives of Windsor that ‘sticks and stones’ is Shakespearean slang for testicles. It is very hard, once you have an association in mind, to lose it again.

People love symbolism. Through understanding, we are excited into believing that we are part of an elite club, the chosen few who have discovered the ‘true’ meaning. The Elizabethans adored symbolism in their artwork, such as The Rainbow Portrait, c. 1600, by Isaac Oliver. The pearls adorning Elizabeth’s headdress symbolize her virginity, whilst a jewelled serpent grasps a ruby in its jaws – wisdom captures the heart of The Queen. The celestial sphere suggests The Queen’s power over nature and the rainbow, held in Elizabeth’s right hand, symbolizes peace.

As literacy levels in England increased, so has our love of metaphor moved from one medium to another. Symbolism in literature is even more exciting, as interpretations for a reader as opposed to an onlooker are more varied. Whilst it is well established that a pearl is a symbol of purity, writers take ever more pleasure in using the same object to project all sorts of notions. Perhaps the clearest example of this is T.S. Eliot’s use of water and water associated metaphor in The Wasteland. Water in poetry is usually a sign of life, perhaps through the part it plays in baptism services, its role in ‘stirring dull roots with spring rain.’ Linked with this is the common link between running water and time passing; ‘sweet Thames, run softly, till I rend my song.’ And yet throughout the poem there is a hovering threat of death by water, introduced by Madame Sosostris’ card of the ‘drowned Phoenician sailor.’ The sea speeds up the ageing process here, by greedily devouring the man who was; ‘a current under sea picked his bones in whispers.’ The fertility of the land is linked to the ancient fertility rites of the Fisher King, who stands for damaged sexuality, as men and land alike are damaged by the war.

Eliot uses water in many of his other works for opposite meanings too, such as the symbolism of the ‘running stream and a water-mill beating the darkness’ in The Journey of the Magi and yet then the ever-present ‘pools that stand in drains’ in The Love Song of J. Alfred Prufrock. Perhaps the end of this poem, where Eliot again experiences death by drowning, best draws a conclusion to his use of water metaphor, where ‘the wind blows the water white and black.’

Symbols are becoming ever more sophisticated, modern and elusive, but can be recognised through your own intimacy with the author’s style, your personal reactions to an isolated moment in the text, the frequency that an indicator occurs and the pains which are taken to describe it. Some safe ones which reassure in texts are birds, trees, sun and the weather, a character’s dress, animals, paths and roads, colours, points of a compass and the seasons. This is a healthy base to start from, both when reading and writing literature.

It does make life a little awkward that symbols are no longer black or white, but can be both black and white. I like to read Victorian literature to be reassured that I can interpret a small gesture correctly, as their self-inflicted rules encourage little lee-way in some matters, such as with flowers. Each flower stood for a particular mood, from a white bell flower (gratitude) to the constancy of a bluebell and a cheerful buttercup. A chrysanthemum indicates love, forget-me-nots are easy to remember. There is the foresight of holly and the grief of a harebell. Everyone knows about a rose. My research into the etiquette of flower-giving was satisfactorily rewarded in Northanger Abbey in an exchange between the heroine Catherine and Henry Tilney, when Catherine exclaims that she has ‘just learnt to love a hyacinth.’ For me, a hyacinth is associated with re-birth, from the myth of Hyacinth, who is a beautiful youth loved and pursued by both Apollo and the West Wind, Zephyr. As Catherine has moved from girlhood to the adult world, I see a significance in this. Perhaps the intended meaning was that in learning to love a hyacinth, Catherine has become more accepting. I still argue that this doesn’t matter greatly; Austen has afforded me pleasure in spotting a symbol, and one of the great joys of reading is that it’s a silent affair, so I shall continue reading and interpreting away to myself and if you do the same, then you can’t possibly be told that you’re mistaken.