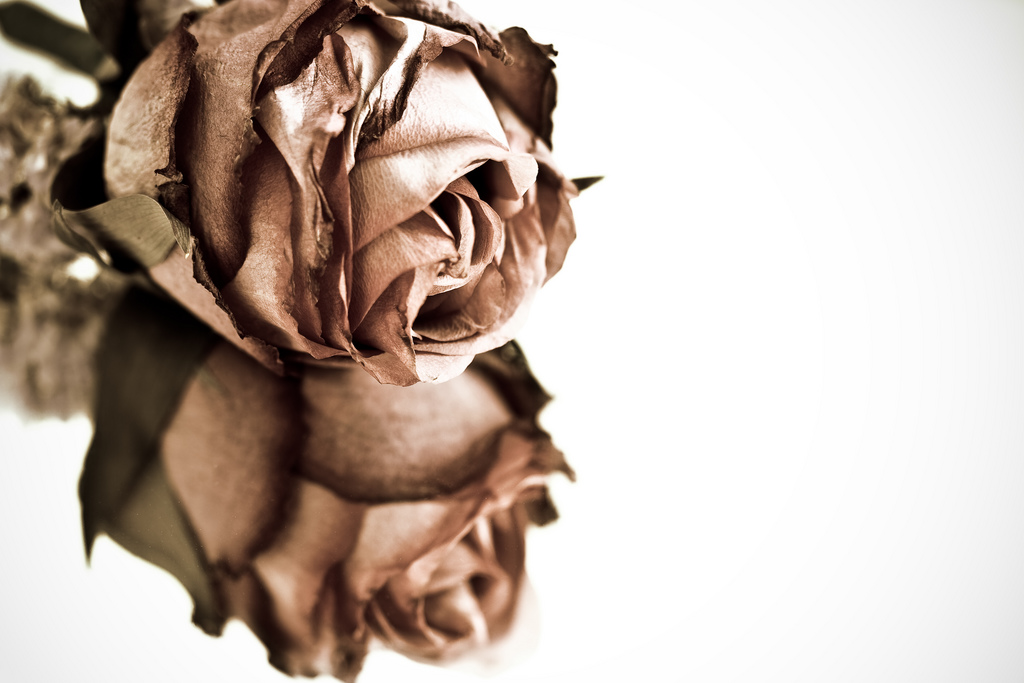 Is the romance of roses wilting in the poetic limelight?

I didn’t get a Valentine’s Day card this year. I wasn’t particularly bothered by this; I might even go as far as to say that I was pleased by the situation. It has occurred to me, as I believe it has to us all, how the card industry shamelessly earmarks nationally-recognised celebrations, astoundingly exploiting our appalling taste in poetry by producing couplets dripping in sentimentality and yet simultaneously lacking in all emotion. Valentine’s Day is the worst offender of all.

It is a combination of tired and tiresome imagery, dull adjectives, monosyllabic metre, and a lack of the figurative that makes for such impersonal, pithy gesture, parcelled up in a forced, frothy rhyme, which I so want to believe is meant ironically. The eyes and hair are horribly overdone, and as for the heart: it is attributed with so many emotions that it is to be applauded for withstanding such pressure without cardiac arrest. Sense of smell is a favourite sensationalised sensation, but illustrated in a woefully poor manner; usually attributing a rosy aroma to the beloved, regardless of what she may or may not evoke. Occasionally, these para-poems get rather excited and scratch an abstract, proclaiming bubbly that she (or he) “smells like a summer’s day.” To me, a summer’s day smells like mown grass and petrol-exuding lawn mowers. More flattening than flattering, and certainly betraying a greenness in the sender’s taste in poetry.

The cruelly-treated culprit, the scapegoat of un-melic melodies, is that well know stanza “Roses are red| Violets are blue |Sugar is sweet| And so are you.” There is something repulsive in that image of the red rose, so commonly evoked that it is suggested that the muse must be rather unoriginal too. Then we are a little confused are we not, for violets, surely, are violet? I highly doubt a hidden agenda here, for if the writer is suggesting that violets are not to be taken at face value, then symmetry would imply that “you” are something other than sweet. In retrospect, this might not be too great an insult, for what is sweet? Puppies? Bonnets and ribbons? Or are we literally talking about a sweet: a teeth-rottingly terrible kisser? A flavouring concealing something rather nasty and distasteful, which might offer a sugar-rush short term, but is inevitably regretted upon reflection and a (quite literal) weighing up of the situation?

I call it misused for the original sense was from Spenser’s The Fairie Queene, Book 3 Canto 6, Stanza 6, and runs “she bath’d with roses red, and violets blew| And all the sweetest flowers, that in the forest grew.” We can trace this citation as the inspiration for the English nursery rhyme included in the 1784 collection Gammer Gurton’s Garland, “The rose is red, the violet’s blue| The honey’s sweet and so are you.” There are interestingly some marked similarities with Fantine’s words in Les Misérables, (in the 1862 novel format, by Victor Hugo, Book 7, Chapter 6) “Les bleuets sont bleus, les roses sont roses,Les bleuets sont bleus, j’aime mes amours.” Poor Fantine, little did she know that she would be the curious model for centuries of hopeless English verses.

Self-centred it may be, but love poetry that concentrates on the effect the recipient has on the sender tends to steer clear of offensive clichés. The type of genre I’m referring to as working in a truly romantic strain is that of Love Elegy. Elegy, from the Greek elegos, “lament,” is often a reflection of the effects that the beloved has on the poet: a perception of one’s own feelings, as opposed to an observation of the object. Although hardly suitable for a Valentine’s card, the enduring strains of Catullus’ rightly-famous couplet Poem 85 captures rather better the emotions of a lover than any red roses could do. The sense can be translated something along the lines of:

“I hate and I love: Perhaps you ask me how I do this?

I do not know, but I experience it happening, and I am crucified.”

The meaning is of course impossible to relay accurately in a translation. English is physically not capable of the quirks achieved by inflected languages, nor do we have the same system of metrical adherence inherent in Latin. This bowing to metre gives Latin poetry a tool called elision, whereby it is metrically enforced that words ending in vowels or a weak letter ‘m’ must melt into one another. So the first three words, “I hate and I love,” “Odi et amo,” would actually have been read (and Latin poetry was, for the most part, intended to be read aloud) as “odetamo,” emphasising how these conflicting emotions cannot be separated. Likewise, we are fairly syntactically constrained by sense in English, but it is possible in Latin to manipulate word order, thus verbs can be placed in unusually prominent positions at the beginning of lines (in prose we would expect to find the verb at the end of a clause).

In Catullus poem 51 we can see even more clearly this agonizing concentration on the writer. This poem is a rendition of fragment 31 of Sappho, a Greek lyric poet of the 7–6th century B. C., who came from the isle of Lesbos and was, it seems, what we would term a Lesbian, (yes, there is an etymological connection on account of Sappho’s reputation.) Loosely translated from the Greek we have:

“He seems to me, that man, equal to the gods,

He who, facing you, is sat close, and nearby

He undertakes listening to

And that laugh sweeter, indeed my heart flutters

In my chest, because when I look at you,

For me making a sound, it does not seem to work anymore.

But then my tongue misleads itself,

At once a light fire runs quick beneath my skin,

In sight I see nothing, my ears roar.

Sweat drives over me, trembling grips me whole,

I am paler than grass,

Only a little way from death do I appear to me,

But everything may be tried, for even the poor…”

And that is all we have. Call it cryptic, but sometimes what you want to say is better conveyed indirectly, by simile and metaphor. Perhaps I am being too harsh on our poets, and they are actually restricted from achieving anything truly romantic by English’s lack of middle ground: we seem either to create a trite, twee rhyme or an equally distasteful spontaneous overflow in our love cards. Although, in extended poetry, we do not suffer from this paralysis. Look, for example, to the poetry of Kenneth Koch, and Permanently for furtherance on the love/language relationship.

Perhaps I am bitter, perhaps not, but for me “bitter-sweet” (a term, incidentally, coined by Sappho herself) is a far more romantic message than beds of roses. By all means write a little something personal and unpublishable yourself, but I beg you: do not buy a versed card, or what I prefer to call a ‘red card,’ next Valentine’s Day.