Decolonising the Canon of English Literature 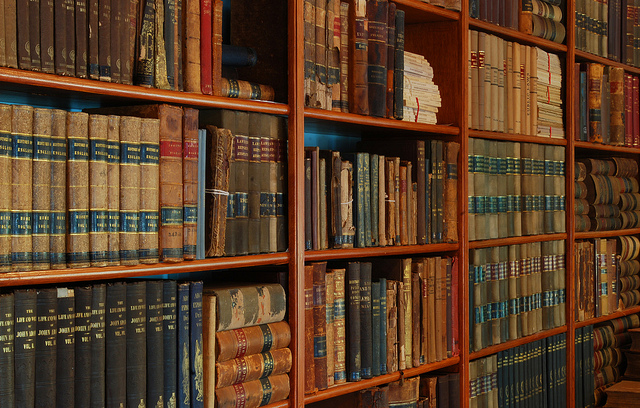 Decolonisation denotes both the “release from the status of a colony” and the act of becoming “self-governing or independent.” Decolonisation of the canon can therefore be interpreted to be the “liberation” of the literary canon from non-literary disciplines such as history, psychology and sociology. If we explore more closely the discipline of history as a literary lens for example, we recognise its function in placing and contextualising content. However to have it dictate value by forcing a political and neo-colonial agenda on institutions and readership, diminishes the integrity one would assign to works deemed great for their written quality and inherent literary worth.  As such, the forces of history which continue to influence a nation of readers today as to what epitomises great writing, must be scrutinised and challenged.

Decolonisation of the canon can also refer to the separation of the Caucasian male from the historical force he exerts as a definitive, authoritative voice within English literature.  However, whilst the idea of geographical colonisation is that the non-native colonises the native, the English literary canon was never governed by the non-natives (only by the English). So, since power has not been lost, power does not need to be reclaimed.  The connotations implied in the word “decolonisation” could then refer to an alternate hierarchy of native and non-native in which the male is “the standard” for all things “native” and anything outside of “the standard” (e.g. women or people of colour) is deemed sub-standard. The legacy of England’s colonisation of countries is a legacy that continues to place Caucasian maleness at the highest echelons of Englishness, offering one single voice in favour of a vast range of possible narratives and experiences.

Canonical literature is defined as that which has been “deemed worthwhile for students to study and for scholars to investigate” and has been “most influential in the shaping of Western culture”, despite the fact that the authors of the canon are notorious for representing a small sub-section of the English nation, which is unrepresentative of the whole.[1]  Caucasian males, such as Dryden, Johnson, Milton and Spenser, often dominated the canon, particularly pre-nineteenth century, since they had the means of “influen(cing)” English literary culture the most: they had greater access to provisions for publishing work through patronage and wealth, as well as greater opportunity to self-promote. [2] It may have been easier to align with the “English ideal” benefitting from its estimable reputation, for example, the instance of the international preference of Scott’s novels over Austen’s, despite Fowler later citing the construction of her novels as being far “superior”. It was not so much on Austen’s abilities that popular judgement was passed, as on the unfounded diminutives applied to her work and the concern with “feminine” and “lower topics”.[3]

The dominant authors often featured within a particular social group (the Caucasian, upper class male) which, by virtue of falling within a certain class, increased the prospects of exposure to certain social conditioning from childhood.  In addition, having access to the best forms of education, be that through private or public schooling, proved also to be advantageous.  Consequently, the tacit value of literature became synonymous with the authors and genres believed to carry the greatest social capital.  Certain conventions, such as epic poetry’s invocation of the Muse and a sound knowledge of the works of epic poets Homer and Virgil, were taken for granted by this privileged group. These same individuals would go on to become the most influential literary critics, formed from the same literary traditions and values. Thus authors and critics, products of the same educational system, would go on to support and validate each other.

Another convention was the belief that for an author to achieve the title of “major poet”, as a rite of literary passage, he first had to consider the writing of “greater poetic form(s)”, the epic being one of these.[4] And so it was in these close academic circles that the preferences for style and the hierarchy of genres were decided.

In these same privileged circles, one would come to discern and dictate literary fashions.  For example, Herrick’s Hespirides was negatively received as he could not foresee that “the satiric mode” would displace the “epigrammatic”.[5] Authors privy to the workings of exclusive literary groups were at a distinct advantage, setting and bucking trends.  Minority authors’ aspirations towards such conventions only served to further enforce the misnomer that these privileged few were in possession of enduring good taste and style, and that they were therefore worthy of such dictates.

Failure to offer an alternative lens through which these “great works” can be studied, i.e the failure to acknowledge their shortcomings both in terms of gender and race, perpetuates the status quo and keeps many an institution locked in servitude to an ideology that falls short in terms of global perspectives, relegating England to a narrow, small-mindedness, indicative of the pre-twentieth century.  The constant study of these texts serves to perpetuate historical prejudices of gender and race; reading lists declare worthiness, pre-suppose greatness, stifle the alternative thinker, and discourage openness for debate.  Canonical works are treated as “sacred” and undisputed in their long line of literary tradition. Some would perceive it heretical to the tacit covenant of literacy scholars to question the value of these works, but by perpetuating this undisputed position of the historical literary canon, we deny these works the opportunity to fight for their credibility against less “influential” or lesser known texts.[6]

Furthermore by the handing of the role of the selection of the literary canon to certain “esteemed” scholars (even in present academic climate), the canon will forever be deemed great by those who monopolise positions of literary authority and power.[7]  Great works should stand the test of time, and should not require protection by scholars in a manner reminiscent of the chicanery of the age of literary censorship.[8] Literary greatness should defend itself.

Canonical literature should be considered from an “intensional” position; students should debate and contest the common features that separate the great from the good.[9] Against these values of literary standards, contenders for the literary canon should be measured, but never finalised or set in stone.[10]  It should relate more to a shared understanding of what constitutes greatness, and less to a shared understanding of what is great. So long as these prejudiced devices of canonical selection are maintained, literature will remain an agent of political and historical agenda rather than an agent unto itself.

The process of decolonisation is a long one, and society is still recovering from the vestiges of its colonial past. Through the continued and uncontested study of a set historical literary canon, scholars become complicit in the validation of old systems of selection, discrimination and power. The canon must be decolonised before it can be considered valid in its selection of literature on merit alone.

[7] An imbalance cited in The Guardian’s Female academics face huge sexist bias – no wonder there are so few of them, Bates, L. (2015, February 13th).

[8] Censorship historically (to a greater degree) limited the breadth of the literary canon (Fowler, 1979), p. 99.