Cecilia Villacis in Literature on 22 October, 2013. 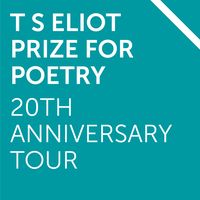 This year’s “pioneering” reading at Durham Book Festival marks the 20th anniversary of the T S Eliot Prize for Poetry.

The poets were pioneers, Philip Gross, Deryn Rees-Jones, and Paul Batchelor stepping in for Sinead Morrissey. They each pushed at the literal capacity of language, Gross seeking the language of silence, Rees-Jones the formlessness of loss, and Batchelor the verbal equivalent of physical grit. Silence, dislocation, brute physicality: these ambitions oppose what language fundamentally is; that is sound, presence, and the representative. Unfazed, they fought the good fight, and from their struggle sprang art.

Gross animatedly performed poems from Deep Field, beginning with one in which, as a child, he marvels at his father pinching out a candle. He waved his hands as though teasing a fire, and laughed with mischievous eyes as he delivered the punch line: thirty years later, he pinched the fire before his own son, “And it did hurt, and I didn’t say.” As entertaining as the anecdote was, it also introduced his ambition with all seriousness.

The ‘unsaid’ fascinated him, especially as his father lost his speech to aphasia. “The voice of a mountain dancing,” he called it; the unintelligible rattlebox of syllables. He ventured to penetrate the language of silence, but considering his evident lust for sound, this ambition seemed doomed. However, long after his performance, I remembered Gross’ story about a birch tree and realized something unsaid.

His father peeled back the white paper of birch bark, peered in, and Gross peered with him. The contents of the bark’s underside are what is left unsaid. It peels like a book’s page, and with his ribcage the tree carves upon it the language of silence. The unsaid goes as unexplained as the bark’s grooves to the alphabetical eye, until the meaning emerges during contemplation, when the silence finds a voice.

Rees-Jones must have enjoyed such a subject as tree bark. Her collection, Burying the Wren, was “filled of small things.” These included The Truffle and The Slug. Discomfortingly, these poems consisted of exactly what their titles suggest, inspiring little more than concern for a woman befriending slime and fungus.

Her dictation of the Songs of Elizabeth So furthered this discomfort. Abandoning the audience, she looked towards the ceiling, and the light filtering in through Town Hall’s windows lit her eyes in vacant glassiness. Her voice rose to a higher key, doll-like with slow enunciation. The overall effect rendered the sexuality of So’s romances morbidly hollow.

Subsequently, she detailed the mating rituals of birds. Bird sex, slime, fungus, and vacant “So what?” sex – Rees-Jones’ pun on So’s naming – amounted to bewilderment until her voice abruptly changed. She began the elegy vulnerably: “So these are the dog days?” Commemorating her late husband, Rees-Jones narrated the exodus of his corpse with the reassurance that “sending you in the longboat of your body/ where words and world collide/ was not the end of love.” Her voice broke. Empathy overwhelmed my jadedness, and magically, her poems explained themselves.

The discomfort was dislocation. Rees-Jones drifted with the corpse, and the small things were her flotation-devices. The decomposition surrounding the truffles and slugs, the cyclicality of animal mating, the waywardness of So: all dwelt simultaneously within death and life. They belonged to neither, and the resulting emptiness created discomfort, relieved finally by the affirmation that this “was not the end of love.”

Then there was Paul Batchelor who, bent over the podium, staring at his book and offering occasional humorous quips, was more reserved than Gross but more present than Rees-Jones. He neither galloped in his poetry nor dictated it soberly. He stood on the fence, having something grand to say but questioning whether he’d managed to say it yet. The timid wrangler, who wrangles beasts and then wonders whether they were the right ones, stood humbly and moderately.

He began with Brother Coal, a touchingly personal piece about a boy talking to coal about his inaptitude for the family trade of coal mining, and imploring guidance of the rock. The coal symbolizes the brute physical world that the boy feels separated from, and the coal bestows no guidance. Thus the goal arises: to match the physical world with writing.

Brother Coal preludes a pattern of embellishments that culminates in his address, Halver. Batchelor now surveys halvers, or half-bricks, thrown in riots. He extrapolates back to the time of cavemen and observes that “all our grand designs/ can be reduced to you.” The halver is history’s agent provocateur, instigating change when designs failed to. He calls out to it: “O clod, O totem of the unaccommodated, O halver – /history’s ellipsis point, sign to which we must attend -/ when words fail may you always be at hand.”

Many may immediately banish these O’s and embellishing metaphors back into French bohemianism. Is this words failing? Is this a desperate and failed attempt to verbally equal the passion of a flying brick? After asking this, I immediately rooted for this intensity of language. The poem had an epigraph from Grapes of Wrath: “And the little screaming fact that sounds through all history.” Tom Joad had grit. All the Depression’s victims did, brought together through repression to “take by force what they need.” Joad is brutally physical and can throw a brick. He can lift the shovel of coal that would overwhelm Batchelor, but let it not be forgotten that Batchelor is Steinbeck: the man trying to sound the scream. May words not fail and may the halver never be at hand.