Cecilia Villacis in Literature on 19 October, 2013. 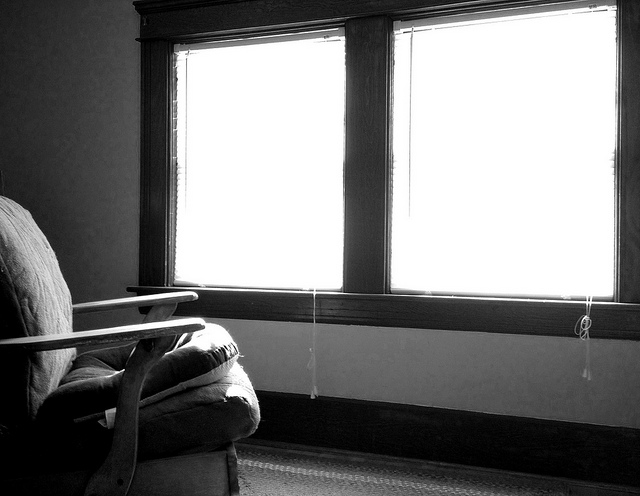 The evening’s poetry “fascinated to the state of overwhelming”, brought to life the “man living in his real world, and looking out to dreamland dances of wildness”.

They’re both kind, Northern, Bloodaxe, T.S. Eliot Prize shortlisted poets. This alone connects Gillian Allnutt and Peter Bennet; the former dwelling within her own contemplative self, the latter voyaging through his unending fairyland. Naturally, their performance styles also strongly contrasted, making for a night of grandness and humility, border-hopping and indwelling.

Bennet read from Border, his selected writing collection, and his relationship with his work immediately revealed itself to be one of partnership. That is, he introduced his poems with words such as “impossible to say what it means,” and “seems to be about… well I don’t know.” It was as though he hadn’t written them, and they are beings in themselves. The poems say what they say because they do, and Bennet dared not disturb them with interpretation.

This transparent approach towards reading may best suit such poetry as his. Each poem sang a narrative, some story-like and some more descriptive. The stories were fantastic in their extreme subjects: Nazi-groupies, Communist marchers, shell-shock victims revisiting scenes of childhood trauma. These stories as a collection fascinated to the state of overwhelming, like a tapas taster session where each dish consists of the most intense spices, discharging opiate aroma.

However, it was one of the descriptive poems that haunted me most. Bennet introduced “Sally Garden” as though revisiting a dream he forgot he’d jotted down. When he began the poem though, he lost himself in it. His head bobbed with the tumbling of his quick tongue, skipping over the musical rhythm that with only sound, invited the audience into the fog-filled garden. And as the quick words escaped memory’s grasp, a darker, parting address climbed above the sound and sat upon it: “Let’s see no sadness in your eyes. An awful childhood and a spade left in the ground to rust.” The dance of the words ended in sadness like fairytales before Disney’s mercy.

Most of Bennet’s poems ended with such a commanding address, and one comes to wonder, to whom is the poet addressed, and where is Bennet in his work? I’d venture that, considering his transparent attitude towards reading, he wouldn’t presume to interpret the poem’s addresses, nor claim them as his own, but his final poem, “A Slice of Lime,” left me with the impression that as he reads, he finds himself being addressed amongst the rest of us. The final image of a man in a chair, with his gin and lime, looking out of a window, to me represents the man living in his real world, and looking out to dreamland dances of wildness, and that dream calls back to the man in his chair through a window.

Gillian Allnutt occupied a different world altogether. Bennet’s fairytale paths through Bosch-esque gardens were replaced by references to Cezanne’s peasant girl, clasping a rosary, sitting in her room. The content was hard and tangible, delving into the most beautiful little things, all of which emerged from within Allnutt’s self.

True to the title, Allnutt’s new collection indwelling consisted of spiritual retreats into herself. The subjects were so personal, in fact, that I wonder what these poems could communicate to the unassisted reader. She consistently dwarfed her short poems with long explanations of the story behind each personal reference within the poem. Allnutt’s introductions often slipped into innately poetic discourse as she invited us into her memories of her stroke-stricken grandmother, of her war-stricken uncle John, and of sorrow-stricken Holocaust survivors weaving tapestries with her peacefully.

The spirits of these loved ones seemed present in the poems she recited with watchful eyes. Her gaze was wide, as though worrying whether we comprehended her projections of sentiment and memories. After each poem though, she smiled a closed smile that seemed to confess her confidence in the public value of her private poetry.

She was right. I’d imagine the poems could move the unassisted reader as strongly as they moved me. Though the references were private, the subjects suited her, and the spirit released was universal. The subjects were quiet, cleaving, and showed an enormous capacity for caring. There is the description of a scarecrow in the snow, in the shape of a woman, and Allnutt begs, “Let Her Alone”, referencing Christ defending Martha from Judas as she anoints his feet. These words she gives humbly to the scarecrow. In “The Quiet Parisian”, she writes of the necessity of strength, “as summer in a jamjar on a table.” She writes of her own nice little things. It’s a simple equation. All she must do is pull these bits of her inner self onto paper, and as her inner self is so spiritually beautiful, her poems are inevitably so.

One of Allnutt’s poems was inspired by Shostakovich’s preludes. She wrote of the little room in the country where he wrote obscurely in Stalin’s final years, and she wrote of his wooden box of sheet paper. I’d imagine that if Bennet was writing of Shostakovich, he’d write instead of his waltzes, or his symphonies, and through the opulent flourishes of strings or war-like swarms of brass, he may find his independent poem addressing its creator in another haunting end. As for Allnutt, the country room suffices; not in addressing herself, but in caring for the room of the musician, in gracing each prying piano key with a careful thud of her words, and in doing so, revisiting another beautiful room within herself.