Elizabeth Briggs in Literature on 6 October, 2012. 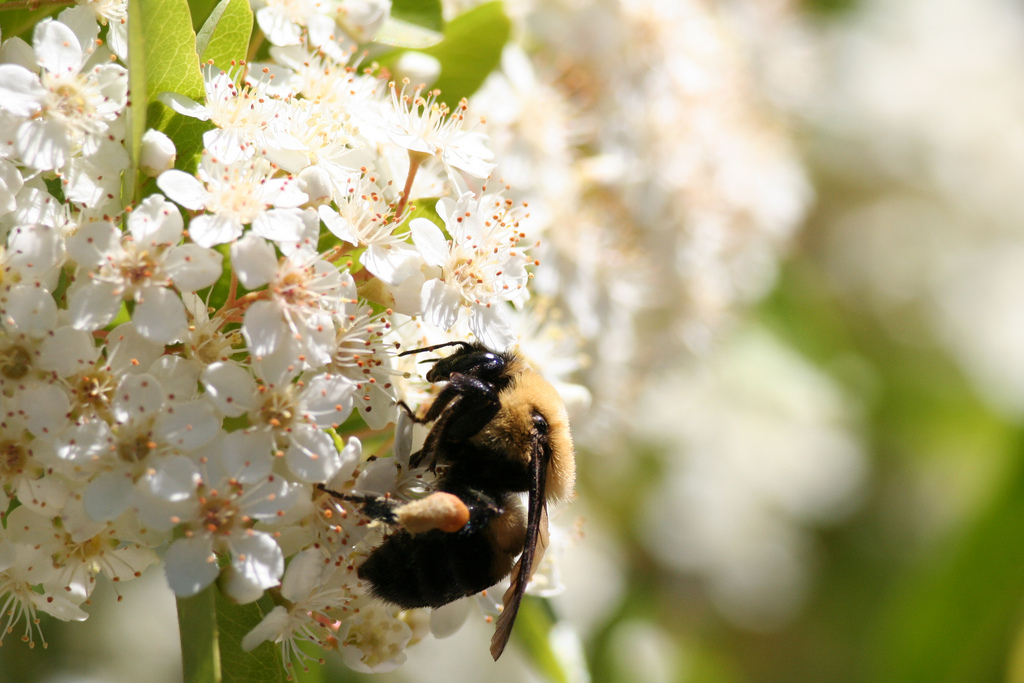 The Poet Laureate Carol Ann Duffy will be reading some of her latest collection, ‘The Bees.’

I have been fortunate enough to have heard the Poet Laureate Carol Ann Duffy read her poetry in public before at an awards ceremony organised by The Poetry Society. I was 15 at the time and, more than anything, relieved to be addressed by Duffy, who speaks to a crowd in the same natural, pleasingly dry way that I imagine she would greet one one on one. None of this whimsical and fanciful business; no Colgate grin or woeful, wounded words. Her poetry speaks volumes for itself and for her as a spokesperson for a nation, as The World’s Wife. This 1999 collection in particular won Duffy widespread renown, as each poem was the voice of the lesser celebrated half in history’s most famous couples. The wit of Darwin’s wife deserves particular applause:

Went to the Zoo.
I said to Him –
Something about that Chimpanzee over there reminds me of you.

It would be impossible for Duffy not to acknowledge her sexuality, as her position as the first female Poet Laureate since the post was created 341 years before was bound to be taboo. Not that this probably bothered her particularly: Duffy’s poetry since she accepted the position can hardly be called panegyric. Tackling everything from the MPs’ Expenses in a sonnet to Olympic coverage, Carol Ann Duffy is never far from the public eye and ear. It is so exciting to learn that on Friday 19th October at 6.30pm she will be right here at The Gala Theatre in Durham.

Her appearance has a lot to do with the launch of Rapunzel, a new ballet that begins touring the UK this October and will be at the Durham Book Festival from the 18th-20th October. Duffy has reworked the Grimm Brothers’ fairy-tale and locked away the modern doll in the tallest tower, going back to Once Upon a Time for a traditional take on the children’s’ story. She says that “fairy tales are strange and familiar, frightening and reassuring, and provide a map of childhood which we can use as adults to remember who we are. Their retelling and reinterpretation is part of the lifeblood of literature.” The dance company who will be bringing Rapunzel to life are balletLORENT and are based just up the road in Newcastle-Upon-Tyne, where they specialise in dance theatre.

The event is advertised as being for the family, although the twisted tale of a princess’ plaits, torn from the arms of a mother by a witch who stows her away in a lonesome tower where she eventually causes the Prince whom she loves to turn blind provides plenty of scope for Duffy to showcase her talent. Using poetry in collaboration with music and dance is an exciting project and one which will surely attract an audience for whom poetry is not a number one priority. Although this is a first of a kind project for Carol Ann Duffy, she is found of musical accompaniment, having worked some time ago with the Manchester composer Sasha Johnson Manning on “The Christmas Carols.” On the 19th October she will not be neglecting the Gala Theatre’s acoustics, as the actor and musician John Sampson will be keeping time with Duffy, with a little help from his unusual array of woodwind, including a crumhorn and a Chinese flute.

Duffy’s credentials are more than impressive, with the Whitbread Prize, The Forward Prize, the T. S. Eliot Prize and an OBE in 1995 and a CBE in 2002 all under her belt. Her latest collection of poetry, The Bees, shows yet another side of Duffy, who wrote the book whilst in mourning for her mother. With a BA Hons degree in Philosophy from the University of Liverpool, Duffy approaches her writing from a position that is well informed on subject matter outside the usual poetry fanatic’s remit. She feels sympathies with nature and for the world affected by climate change; she has seen since the age of 15 been conscious of “the tree/in the scratched old desk under my hands” and this affinity with the outdoors is an ever present part of The Bees. There are some more obscure interests in there too, in particular a clear connection with Virgil’s Georgics Book IV. Virgil and Duffy were not so dissimilar despite living a couple of millennia apart, for Virgil’s often subtle and always complicated messages in his poetry showed the tension, as far as it could, between what he passionately wanted to write and what his patron Maecenas and the Emperor Augustus (of whom he was a particular favourite) commissioned him to write. The fourth book of the Georgics seems to offer advice to an amateur beekeeper, describing the difficulties of Apiculture and what problems arise when there are two rival leaders in the same swarm. Duffy’s inspiration seems to come from a latinised style of poetry as well as content: the bold alliteration, sibilance, assonance feels brazen in comparison to much of our modern, delicately rhyme-denying poetry. Described by Liz Lochhead writing for the Guardian as “often like nursery rhymes for grownups,” each word is a confession of love for language, giving the collection a wonderfully resounding buzz.

Don’t miss this rare opportunity to see one of the nation’s best loved poets deliver some of her latest, and best, pieces of work.

Tickets are available from the Gala Theatre or via the Festival’s website, http://www.durhambookfestival.com/home.html