Shalaka Darshane in Literature on 7 October, 2013. 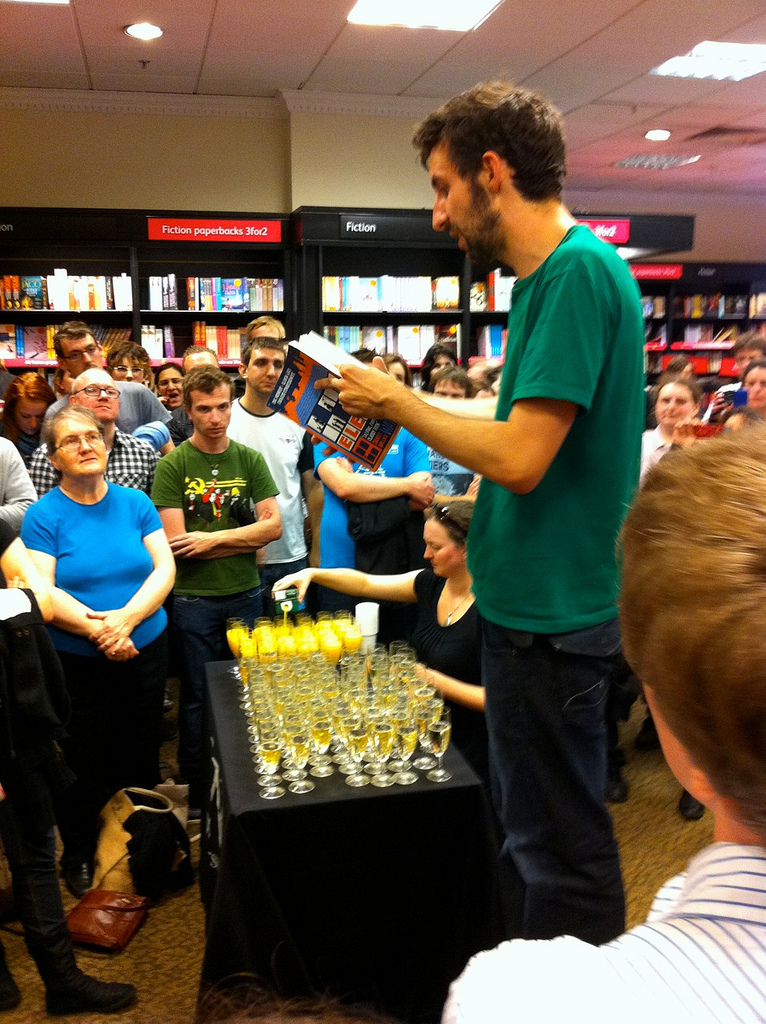 Watson will be introducing attendees to his latest literary offering, The Knot, “a serious yet also comic story of tragic love and loss”.

This weekend will prove to be another exciting one for literary enthusiasts in and around Durham as the Book Festival enters its third week. At 7:30pm on Saturday October 12th the celebrated comedian and novelist, Mark Watson, will be introducing his most recent book, The Knot, in Durham Town Hall. The novel, released less than two months ago, is a tragicomedy of forbidden love and terrible loss set in between the sixties and nineties. Although Watson may be better known for his comedy and television appearances, he is no stranger to the literary world with The Knot becoming the fifth book the 33-year-old has published.

A former member of the Cambridge Footlights, Watson’s comedy career was ignited almost a decade ago after winning the Daily Telegraph Open Mic competition and becoming runner-up in So You Think You’re Funny? Since then he has performed hundreds of shows across the globe and appeared in many comedy and panel shows. One of his many successes includes performing a 25-hour comedy gig to commemorate the 25th anniversary of Red Nose Day. His 2002 show, ‘50 Years Before Death And The Awful Prospect Of Eternity’ was nominated for the Perrier award. He also won a Chortle award in 2005 and was given his own radio show in 2007 called ‘Mark Watson Makes The World Substantially Better’. It seems fitting that Watson should be presenting his latest literary endeavour at the Durham Book Festival as his fame, which has sky-rocketed over the past decade, has flared from comedy festivals, particularly the Edinburgh Fringe Festival.

The Knot finds the reader looking through the eyes of a wedding photographer, a breed that Watson claims to have been long interested in: ‘I’m always intrigued by people who spend their jobs as the minor players in some major scene, caught up in the action, yet slightly removed from it.’ The photographer, Dominic Kitchen, witnesses couples tying the knot everyday yet refuses to confront the knot in his stomach which he experiences around a certain person. Although this synopsis seems to give The Knot a romantic quality suggestive of a typical love story, Watson’s tale is a dark one dealing with one of the world’s worst taboos. Watson weaves a serious yet also comic story of tragic love and loss with various characters hiding sinister secrets and paying the consequences of their illicit actions.

The event is sure to be of immense interest to fans of Watson’s comedy as well as his literature; it should also appeal to those who enjoy literature that deals with the taboos of our society. With his successful career in comedy, Watson has become a household name and An Evening with Mark Watson is anticipated to be hugely popular. Our comic/writer will be speaking about The Knot in Durham Town Hall on Saturday 12th October at 7:30pm-8:30pm. Tickets are £10 and £8 concession and can be bought by calling Gala Theatre on 03000 266 600 or online through the Gala website: http://www.durhambookfestival.com/2013-programme/26-an-evening-with-mark-watson.html.