DBF: An Interview with Andrew Wilson 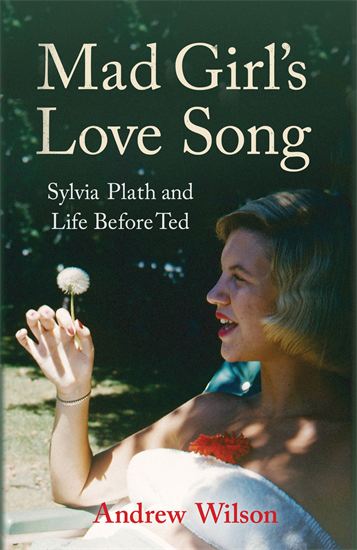 Journalist and author Andrew Wilson . Given the myth and curiosity that surrounds the writer, The Bubble asked Eva Hodgkin to interview him for a new perspective on Plath’s life and work.

The Bubble: Do you think that it’s the confessional aspect of her work which gives it its power? Or would it still have an impact without the knowledge that it’s rooted in Plath’s own experience?

Andrew Wilson: We know so much about her as Plath was a compulsive chronicler of her own life, in prose, poems, journals and letters. All these different sources give different perspectives, and so many matters of her private life are seen as subject for debate. Plath herself was aware that she couldn’t write about anything apart from herself; her private life was her main inspiration. Because of this it’s almost impossible to split her life from her work: the two feed into each other. To see her work in the light of her life makes complete sense.

TB: To what extent would you agree that her writing is a constant search for the self and an attempt to create a firm identity of her own?

AW: Without writing, she felt that she didn’t exist. Her first nervous breakdown was partly brought on by a belief that she had lost her ability, that she couldn’t write any more. Whilst in hospital, her high school teacher brought her a kind of wordplay game, similar to Scrabble, and she couldn’t spell the word “and”; it would take her nearly a year to be able to write poetry again. As she saw it, if she couldn’t write, she couldn’t live.

TB: She went on to draw heavily from this period of mental illness for The Bell Jar. What influence would you say her past has on her work?

AW: The past was a constant shadow over her life but also a source of creativity. For those writers of the 1940s and ‘50s, it was fashionable to consider the self a legitimate source to draw on, and many writers created thinly disguised autobiographies in their works of fiction. There is an interesting contrast in Plath’s past, which also appears in her writing, between her all-American outward appearance – her looks, her liberal education at Smith College – and her very dark, unconventional mind, which her writing allowed her to express freely.

TB: How profound do you think the impact of Ted Hughes’ posthumous revision was on what we now consider the finished product of Plath’s work?

AW: Lots of people come to her work through Hughes, through knowledge of their love affair. In the introduction to her Collected Poems, he dates her “mature work” to 1956, the year that they met, effectively discarding all that went before; he’s consciously responsible for shaping our perception of her as a writer. Hughes was also sniffy about her stories, and wanted her Ariel poems to be seen as the most important aspect of her writing. In fact, Plath herself was a great lover of popular fiction and a keen reader of the Ladies Home Journal. Hughes, in trying to present her in a more traditionally literary light, concealed this side to her.

In my book [Mad Girl’s Love Song: Sylvia Plath and Life Before Ted] I’m trying in a way to remove Hughes from the picture by looking at the twenty-three years of Plath’s life before she met him; this formative period was actually the majority of her life, given that she died at thirty. Plath herself saw him as a colossus figure and this contributes to her posthumous overshadowing by him. In the book I’m trying to show her in a new light, to see her in her own right, both as a writer and a woman.

TB: Would you say the preoccupations of her early work are the same? Is there a noticeable transition between the poetry and prose of her life in America and her subsequent life in England?

AW: Plath is always interested in the self, in transgression, in dark desires and negative thoughts. These themes run throughout and as such there’s not such a big division as some might expect. Before Hughes she was very much a writer in her own right; you can see a strand of anger and darkness within the early work just as strongly as in what he would describe as her “mature” work.

TB: Given that it’s the fiftieth anniversary of its publication, in what ways do you feel The Bell Jar has continued relevance, particularly for women, today?

AW: When it was first published, Plath herself saw it as a potboiler; now it’s considered a literary classic. Esther Greenwood has become almost a symbol of modern life, especially modern women’s lives. Plath’s life and the protagonist’s diverge at the end, with Esther given an implied happy ending, living and going on to have children. It is rather optimistic. However the work as a whole allowed Plath to express a voice which is very angry, and looks at the sources of anger for these women growing up in 1940s and ‘50s America. In the 1950s only a third of women who went to college actually graduated, and at Plath’s graduate address, the Democrat speaker encouraged the female graduates to use their education to benefit their husbands, and influence their decisions for the better. The situation may have improved for the modern reader, but Plath’s angry sense of inequality and injustice still speak to us; these are concerns which everyone can identify with.

Mad Girl’s Love Song: Sylvia Plath and Life Before Ted is published by Simon & Schuster UK and is available for purchase now.