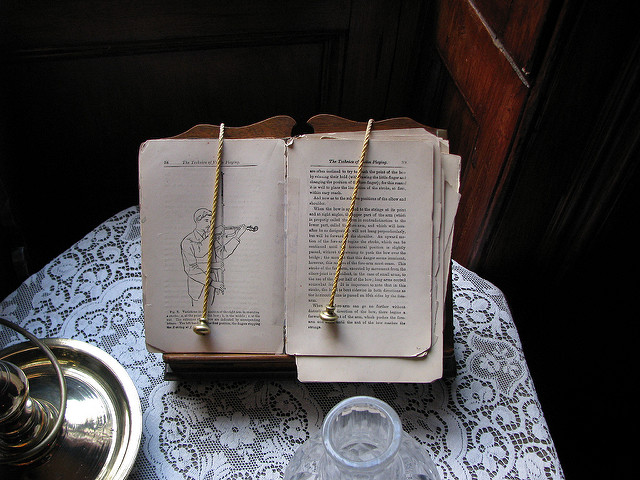 Listening to an episode of the brilliant Backlisted Podcast – which celebrates ‘bringing old books back to the surface’ – I heard one of the speakers profess his surprise at realising that he enjoyed reading Westerns as much as he enjoyed watching them. I empathised, not with a similar love for Westerns, but with a comparable realisation regarding crime fiction. As a true ITV3 enthusiast, I devour on-screen murder mysteries and police detective stories with an insatiable appetite: Jonathan Creek, Lewis, any and all Agatha Christie adaptations, and of course the inescapable Midsomer Murders form part and parcel of my TV diet. And yet, on the page I would rarely venture further than a Sherlock Holmes short, or the odd Poirot novel on holiday. Why then, do we have such different opinions on genre fiction depending on whether it appears in a televisual or literary form?

Perhaps with regards to crime fiction specifically there is something to be said regarding the rate of production. There has been more than 100 individual episodes of Midsomer Murders broadcast up to now and with no end in sight; Colin Dexter wrote 14 novels about Inspector Morse, and Agatha Christie produced detective novels at a rate of at least one per year over her working lifetime. In fact, numerically, Christie’s published novels exceed the novels of the Brontës, Joyce, Tolstoy, Faulkner, Austen, Eliot, Hardy and Woolf combined. Instinctively then, it seems that we assign more value to novels which seem to be more unique than detective stories which are seemingly produced with ease on a regular basis.

Yet, this seems to be an unfair judgement. Crime fiction and detective stories are often incredibly structurally precise to allow the author to introduce clues and keep the mystery intact. One writer whose recent forays into the genre makes this complexity clear. JK Rowling – under the pseudonym of Robert Galbraith – has recently published three detective stories, The Cuckoo’s Calling (2013), The Silkworm (2014) and The Career of Evil (2015), and has given insights into her writing process for this type of novel, specifically her reliance on colour-coded spreadsheets. Rowling is often credited with getting children into reading with the Harry Potter series, and it is not too much of a stretch of the imagination to believe that her Cormoran Strike detective novels are on the way to making similar waves for the written murder mystery.

Rowling’s self-assured craftsmanship – which it seems almost redundant to point out – remains astute and nuanced in these novels. This is especially true in The Career of Evil, a 500-page novel which runs with a concept that only one of three possible suspects could be responsible for a murder. From beginning to end there seems to be little progress in discovering which of the three is the true culprit, yet Rowling’s dispersal of clues, red herrings, leads and general detective work means that the reader is carried to the novel’s conclusion just as eager to know the answer as when the problem was first introduced.

A common criticism of crime fiction is of its formulaic manner which boils down to a suspicion of unoriginality. As such it would seem that PD James’ Death Comes to Pemberley (2011) is doubly at fault as it is a follow-on to Jane Austen’s Pride and Prejudice and a whodunit. Yet, such a criticism couldn’t be further from the truth; James’s style and pitch-perfect references to Austen’s’ world make the novel a joy. There’s Austen references for buffs to catch, familiar characters to catch up with, and a proper mystery in the middle. True, the reading is anything but hard work; James has already done the heavy lifting in shaping the story so the readers can just sit back and let the mystery take centre stage.

In conclusion, crime fiction may be formulaic easy reading to a point but it is also often a real treat of structural excellence and storytelling.