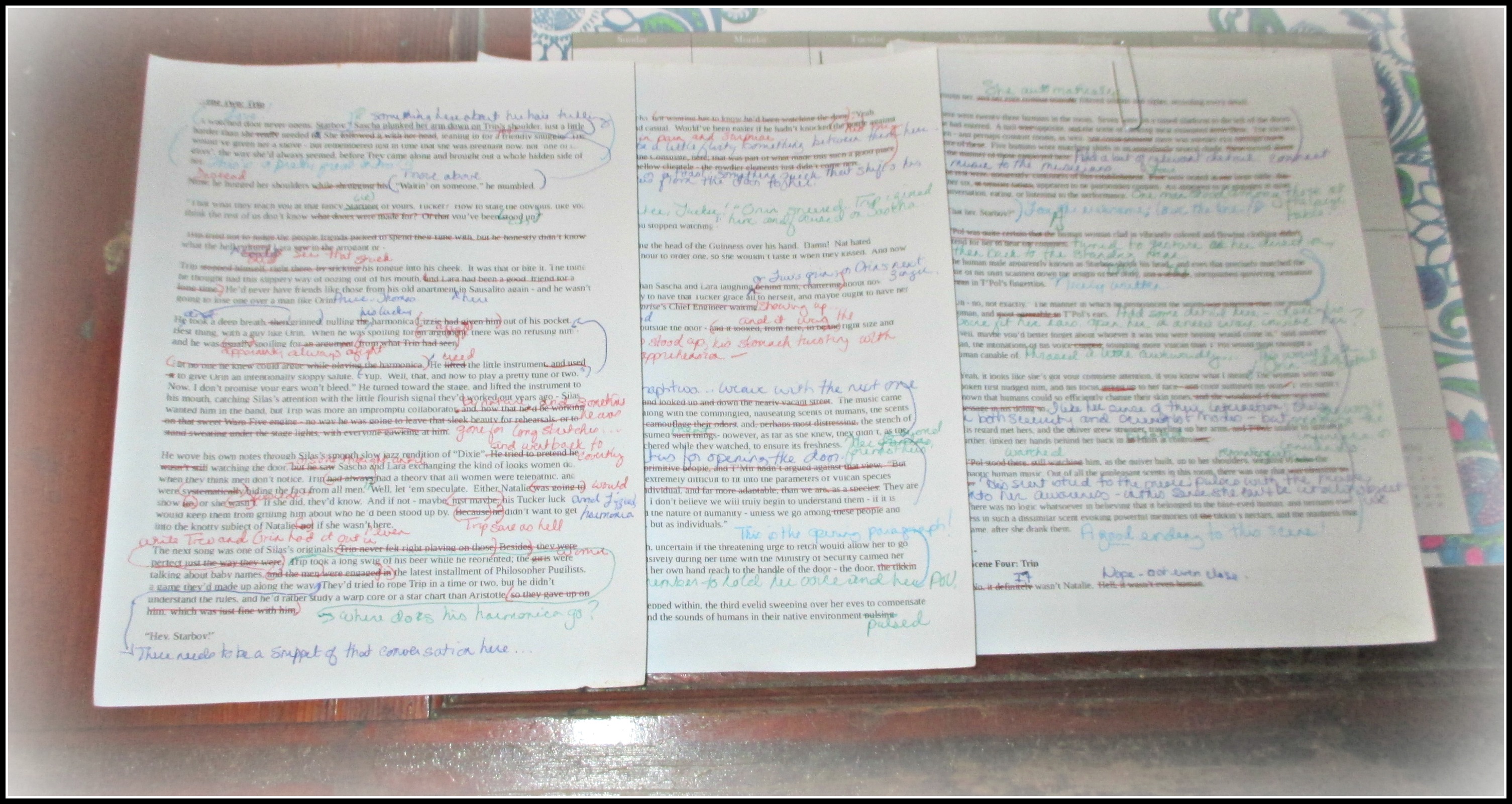 Fan-Fiction: what does it all mean?

As an English Literature student, with ideals about originality, creativity and authorship, I had always tended to write off FanFiction. Being somebody who was studying the classics and the greats of published literature, I of course knew nothing about it.

One of the criticisms of FanFiction as a genre is that it is unoriginal. By definition, FanFiction exists in worlds, and often uses characters, of another author’s creation. In considering this, though, consider that the concept of inoriginality itself is somewhat inevitable – is it possible for any creation today to be truly original? Christopher Booker in The Seven Basic Plots: Why We Tell Stories (2004) demonstrates a very obvious limitation to our concept of literary originality. Within the literary canon itself, there is a great deal of ‘borrowing’ and ‘recycling’ in works that are considered creations in their own right. Christopher Ricks in Essays in Appreciation (1996) argues older authors and works in the canon being kept alive by modern writers use of them. Paradise Lost could be considered an example of Biblical FanFiction. Dante’s Divine Comedy, in addition, could be seen as an early ‘self insert’ Biblical RPF (Real Person FanFiction) , the author imagining his own journey through a pre-imagined Hell world with his favourite poet Virgil. More modern examples of FanFiction type endeavours might include Jean Rhys’ Wide Sargasso Sea, the prequel to Jane Eyre that gives life and voice to Bertha Mason outside Brontë’s demonic caricature. Creativity and originality can exist and flourish despite canonical influence, and seemingly be critically appraised when published on paper rather than online. FanFiction is incredibly diverse in content. Many, though inhabiting a created world, have original new plots and characters. The extent to which they create for themselves rather than inhabit pre-existing worlds varies.

FanFiction and its lack of conventional originality also raises issues on legal grounds. Copyrighting laws in the US (similar ones exist in most other countries) hold that the author retains the rights over a work for their life and 70 years post death. Works outside of these bounds, such as The Picture of Dorian Gray or the Robin Hood legend, which have established fandoms as well more official public series or films, belong to the Public Domain. Though FanFiction stories are removed due to copyrighting, problems really arise when FanFiction authors wish to make profit. There are a few loopholes in the law. In legal disputes, it boils down to whether a work is transformative (telling a new story) rather than derivative (retelling someone else’s story), and whether or not your work will diminish the original work’s value. An idea, plot or character, if dependent on another author’s world, belongs to them even if a FanFiction author has separately created them. The creation of an entirely new friendship group at Hogwarts would still belong to J K Rowling legally. EL James had to remove every reference to Twilight in order to publish her bestselling series 50 Shades of Grey, in effect creating a separate world and character backstory for her characters.

FanFiction blurs the line between the roles of admiring fan and literary creator. It encourages active participation on the part of the reader, enabling them to challenge the constructs of fictional worlds previously seen as solid and unchanging. Angela Thomas argues in her paper ‘FanFiction Online: Engagement, Critical Response and Affective Play through Writing’ that this genre can play a crucial role in the establishment of identity. The formation of language and of literature has historically been overwhelmed by the voices and decisions of the white males. The literary canon has been criticized for this reason – some argue it is an artificial and damagingly limited offering of the rich and diverse literary history that prejudice prevents recognition of. This is the motivation behind many more recent rewritings, prequels or sequels of great texts, the aforementioned Wide Sargasso Sea included. Slash fiction, which re-imagines heterosexual characters in same-sex encounters or relationships, though having a reputation for being explicit, allows homosexual love, sex and relationships to bloom where the source material has not. Thomas argues that the recasting of characters provides a platform for expression, particularly for minorities, and teaches a critical approach of media and fiction from a young age. Ally Boguhn argues on EverydayFeminism that reading and writing FanFiction could be considered a feminist pursuit.

The internet as a medium of publishing is also a birthplace for controversial or non-conformist works. Due to the sheer quantity and frequency of posts, there is less vetting of content, no stylistic editing process, and a much more diverse and numerous potential audience as content is free to read. This platform of expression does have its drawbacks. There is no quality control. The lack of editing or filtering means typos, spelling mistakes and grammatical errors are the norm. It means content can be gory, gruesome, incredibly sexualized and purely fantastical. There is no social conformity or higher power to answer to. Authors are completely free to create and share as they please under a guaranteed status of anonymity. Is this level of creative freedom damaging at all? Fifty Shades of Grey has been controversial for its representation of a BDSM relationship, many arguing it was poorly shown and damaging to its reputation.

Established, traditionally published authors such as Margret Atwood actually prefer the freedom and responsiveness online publishing offers. She compares online publishing with the serialization of Dickens in the 19th century to National Public Radio’s Audie Cornish. Writers then would publish chapters then “would respond to readers’ reactions.” This practice “died out as the 20th century neared its close, so a whole way of publishing, a whole platform vanished.” The internet, and its enabling of emergent forms of writing such as FanFiction and online serializations, could be the future of reading and writing as we know it. KindleWorlds seems to be taking steps in that direction. “Fan fiction has absolutely become part of the fiber of what we publish,” said Jennifer Bergstrom, vice president and publisher of Gallery Books (Simon & Schuster) in an interview with Jessica Contera of the Washington Post. “This is changing at a time when traditional publishing needs it most.”

FanFiction defies traditionalist and conservative conventions in many ways, and for that reason, with all its typos and erotica, it is a force of progression and change. Who is to say that this is not how our generation’s Dickens won’t make his or her name?