Rowena Knight in Literature on 3 November, 2010. 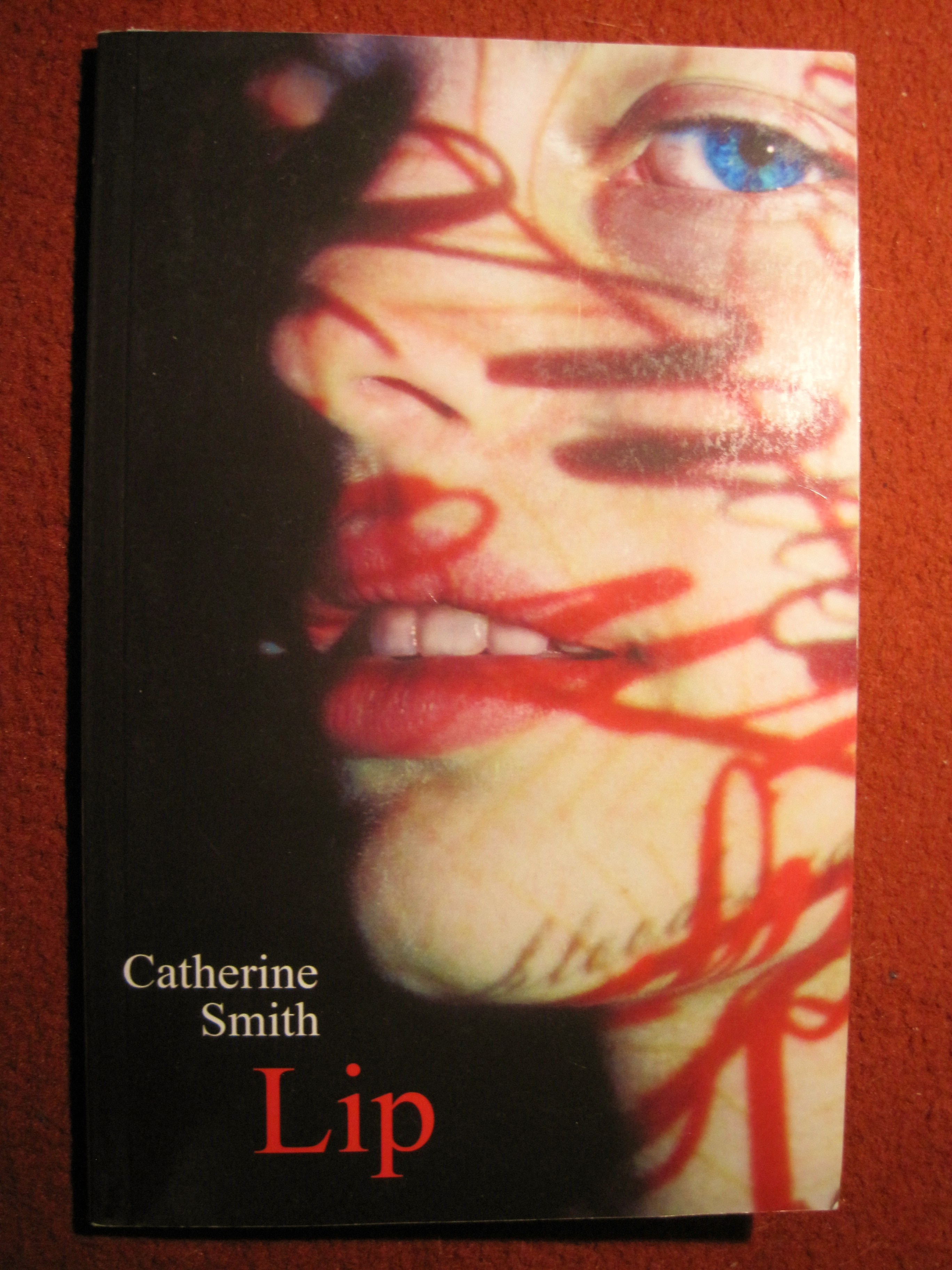 Recently, I’ve been telling everyone I know that the Durham University Poetry Society has booked one of my favourite poets for a reading. “We’re getting Catherine Smith!” I exclaimed excitedly to my fellow Poetry Society exec members on our Facebook thread. “We’re getting Catherine Smith!” I announced to my boyfriend in the kitchen. “Catherine Smith!!!” I informed a stranger on the street, who immediately crossed the road. Unfortunately, no-one has responded with a similar level of glee. In fact, no-one knows who on earth I’m talking about.

So I thought I’d write an article, and hopefully bring Catherine Smith into a few more people’s lives, thereby improving them (the lives, not the people… actually, the people a little bit, too). I discovered her second collection, , in the minuscule poetry section of Durham’s Waterstone’s. I was drawn by the dramatic cover with its uncomfortably close image of a girl’s face shadowed by scarlet letters, and from now on I will always defend judging a book by its cover. After reading a few poems, I bought it. This isn’t something I do often; usually, I’ll buy a poet’s collection after attending a reading, or after borrowing a copy belonging to a friend but Smith’s poems gripped me instantly.

It is the range of her work which I most admire. Lip features poems which are banal, sexy, maternal, funny, fantastical, and downright disturbing. In “Losing It To David Cassidy”, Smith gives a candid account of losing one’s virginity, contrasting her lover’s indifference with how she imagines her pop icon might have behaved in his position: “David took my virginity/in a room filled with white roses, having smoothed/the sheets himself…”. It’s difficult not to empathise with the quiet agony of this poem, or with the humiliation expressed in “Milk”, in which Smith describes her breasts leaking milk in the middle of a supermarket.

Such commonplace events are the subject matter of many of the poems in Lip; however, a number of the poems have a supernatural, eerie quality. Take, for example, “Back”, in which Smith describes a flooded house inhabited by dying mermaids, starving kittens, and oversized rats. The house appears to symbolise the past, and Smith urges the reader: “Don’t go back… Let others/shutter the house, wrap it, tip it/off the edge of the world”. In “Night”, a fantastical piece with a more light-hearted tone, Smith imagines insomniacs uniting to steal a minibus and celebrate their sleepless state.

However, Smith’s best poems are those on the subjects of love and sex. She is adept at capturing the urgency of lust, which she equates with a fly keeping her awake at night: “His balletic legs are feathering the wall, /the bedside light excites him… the fly/fizzes lust into your ears”. The poem is at once highly disturbing and delightfully unique, and encapsulates one of the key reasons I love Smith’s work: who else would think of writing a poem in which lust is pictured as a fly or a poem about calling your married lover up to let him know that you’re masturbating whilst eating celery? And who else could actually pull it off?

She does, with aplomb. Yet she also writes beautifully tender love poems, such as “Blue Egg”, which recounts the first morning spent with a new lover and the rarity of finding love: “This love must be possible… when eggs are the colours/of the sky and sea”. Similarly, the deeply atmospheric “Cut” describes the increased intimacy between a pair of lovers as a result of a power cut: “…now our bodies are half lit, we’re/ripely beautiful as Caravaggio paintings… We relish the deep, quiet nights, salted meat”.

If I were to offer any criticism of her work it would be of her titles, which seem a tad unimaginative: the poem about a fly is called “Fly”, the poem about doing interesting things with celery is called “Celery”, and another poem about her brother is called “Brother”… you get the picture. However, this is a minor blemish on what is, to me, a wonderful book, and one which I will undoubtedly read many more times.

Despite Smith’s varying subject matter, there is a consistency to her poems in the form of a direct, daring voice, a raw and (sometimes brutally) honest approach to her subject matter, and a talent for apt description. Each of her poems is packed full of emotion, and yet never veers into the dangerous realm of the corny. There is a sense throughout the collection that these poems are deeply personal, and yet the reader is invited to share in each experience and realise that Smith is writing about what we all know.

Catherine Smith will be reading her work on Thursday November 11th, at 7.30 pm, in the Vane Tempest room at the DSU.