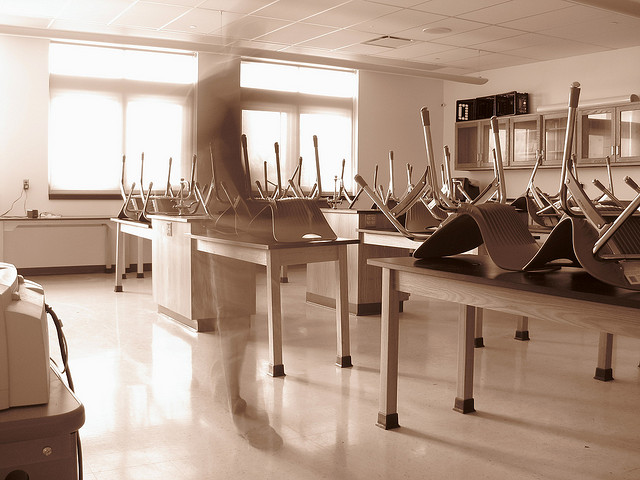 A Room of One’s Own was for a time inexorably linked with fifteen of the most stressful minutes of my academic career thus far.

“What really knocks me out is a book that, when you’re all done reading it, you wish the author that wrote it was a terrific friend of yours and you could call him up on the phone whenever you felt like it. That doesn’t happen much, though.” Holden Caulfield, the teenage protagonist of J.D Salinger’s The Catcher in the Rye, is here experiencing the elusive sensation of finding a book which appeals perfectly to him. He achieves this from reading a novel of his choice, but strongly resents it when his school prescribes texts for him to read. And he is not alone. Many real-life students today can empathise with this curiously common hatred of any text which has been studied in school. But why does this phenomenon occur?

As a lifelong literature enthusiast, I have rarely felt this animosity towards set texts. Incidentally, I read The Catcher in the Rye for my long-past GCSEs and loved it. I had the chance to analyse the tale of rebellion, isolation and identity in more detail than I would have done had I read it of my own volition. This made the novel all the more poignant to me, as is indicated by it featuring in this very article three years after studying it.

Nonetheless, I can understand why many of my peers do not feel the same. Due to the contrariness of human nature, if you tell anyone that they have no choice but to do (or read) something, then they will most likely resent it on stubborn principle. When Virginia Woolf’s A Room of One’s Own was given to me as a mandatory text for a fifteen minute assessed oral commentary, for a short time afterwards I did admittedly harbour feelings of bitterness towards it. This was in no way the fault of the esteemed author herself; I have since reread the treatise on women as characters in and writers of fiction and greatly appreciated it, and have gone on from this to read her novels To the Lighthouse and Mrs Dalloway. However, I could easily have missed out on exploring such valuable texts, as A Room of One’s Own was for a time inexorably linked with fifteen of the most stressful minutes of my academic career thus far.

For students who do not look past this initial feeling, books which might otherwise have become lifelong favourites instead become irreversibly associated with spoon-fed exam techniques and desperately frantic revision. In addition, many find that the close reading of a book makes them become disenchanted with it. In the run up to exams, when you have to read the book, re-read it, talk to it, move in with it, memorise it and then read it again, the gratifying freedom of reading becomes constricting. No one is exempt from the curse of schoolbook aversion, even the great bard himself. I can recall the day when we finished our English Literature GCSE and a vast number of students united to joyfully and rashly exclaim that they ‘never have to look at Shakespeare again!’ This was because a Shakespearean play was obligatory for almost every year of study.

However, whilst I can understand this on some levels, it should not be so. Examining a text in detail should open up subtler, unexplored nuances of meaning which only enhance the reading experience. Teachers should be seen as what they truly are, a valuable source of new knowledge, rather than tyrants forcing you to consider the complex meaning behind the placement of each full stop. But what can be done about this?

My personal experience of studying literature changed when I made the decision to take English as part of the programme of the International Baccalaureate, as opposed to an A level. English then follows a very different course, as you are given more freedom within the texts you can choose to write on for pieces of coursework, and you are also able to study a wider range of translated texts from across the globe. This richer cultural range is an aspect I believe some syllabuses are lacking. If children were given more independence or variety in their choice of literary works they might feel more incentive to fully appreciate them. Without the IB I would probably never have discovered the Palestinian poet Taha Muhammad Ali, whose powerful literature resonates with images of wandering, culture, love and loss, which stem from having to leave his homeland during the 1948 Arab-Israeli War. He has since become my all-time favourite poet and one whom I have since widely recommended. In his poem Twigs, the lines ‘neither music/ fame, nor wealth / not even poetry itself/ could provide consolation/ for life’s brevity’ encapsulate the passionate emotion and cultural sadness that are dominant throughout his works. Reading them allowed me to both enjoy his poetry and learn more about the history of a significant global conflict. His writing style and cultural context are in complete contrast with the equally influential metaphysical poets such as John Donne, who feature so heavily on the A level syllabus. Having a greater diversity could add more flavour to the largely repetitive syllabus, and if students had more of a range to choose between they would be more likely to find something that personally appealed to them.

As well as offering a broader range of material, a further improvement could be allowing students more input or flexibility in the choice of essay questions from an earlier age. Being able to invent a completely unique question for my 4,000 word extended essay was a demanding enterprise but meant I could suit the study to my tastes. However, I undertook this at college level and understand that many children in secondary school might find English challenging enough without this added pressure, especially as it is a compulsory core subject which they may not wish to pursue any further.

Ultimately, there is a fine line between allowing children more freedom and not giving them enough guidance. English is one of the most vital core subjects, and this delicate balance needs to be achieved if students are going to find a book they love so much that, in true Caulfield style, they wish they could call the author up and thank them for writing it. I can think of dozens of texts I feel this way about; both curricular and non-curricular, and English perhaps needs to be adapted so that everyone can experience this.