An Interview With Daljit Nagra 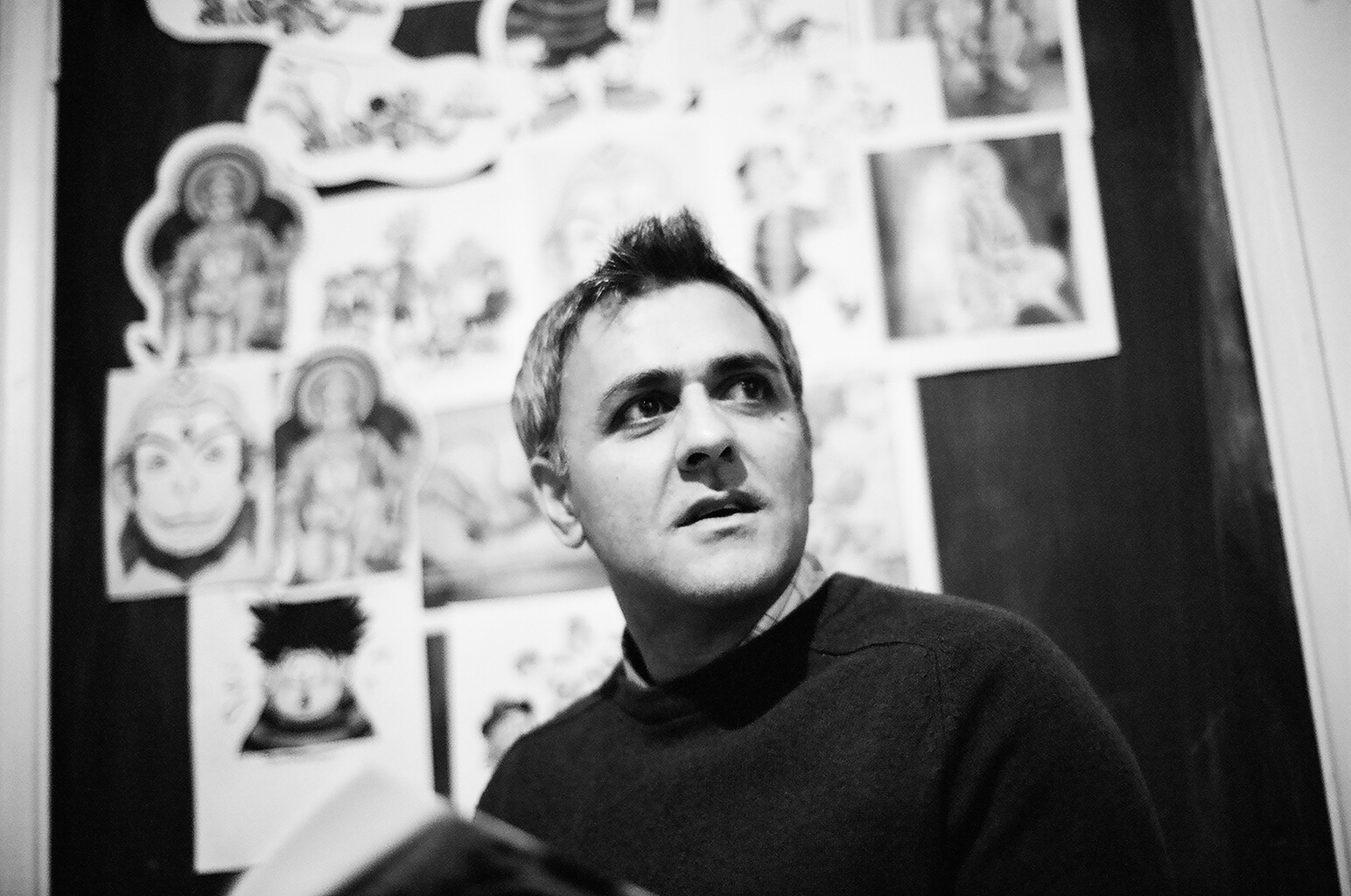 There aren’t many stories that are more thrilling than the Ramayana, a classic across Asia. Demons, magic, monsters, eternal love, family, action, adventure… this story really does have it all. Bringing together over a hundred different versions, Daljit Nagra’s ‘audacious’ retelling is as adventurous as the story itself. The Bubble caught up with Daljit to chat about his influences, inspirations, and just how he managed to make 1000-year old demons seem normal…

So, first things first- why did you start writing?

I started primarily as a need to express myself. I’ve always loved bands like the Clash, and so I started writing songs at an early age. Song writing eventually turned into poetry. I love the performance aspect of poetry and song writing, so for me I turned to writing out of a basic need for self-expression.

Why did you want to retell the Ramayana in particular, what’s so special about it?

The Ramayana is one of the world’s great stories, an epic comparable to the best Greek and Roman stories. Despite all the different versions, at its core it remains a fairly straightforward love story, of a man moving (almost literally) heaven and earth to look for his beloved. It’s also an important way for Westerners to see how South East Asians think and feel about certain important issues: family, honour, love, redemption. Through a story, important cultural lessons are dramatised rather than being a great long moral lesson. The story itself is gradually becoming a British cultural classic, even being taught in schools, and with this heightened awareness I wanted to bring it to an even wider audience.

There are many different versions of the Ramayana, all across the East. Which version did you choose, and why?

As you’ve said, there are hundreds of different versions depending on the culture and faith, from Jains, Buddhists, Sikhs, Hindus and atheists. However, they all have mostly the same plot, with the primary themes being redemption, the honour system, family and loyalty. I tried to take influences from as many different versions as I could: having grown up in Britain, I see myself as more globalised. I do have a favourite version, though- it’s the prose version by the Indian author R.K Narayan. I recommend it, it’s a fantastic read.

Why did you choose to rewrite the Ramayana in poetry and not prose?

I chose to rewrite it in poetry because the original Ramayana was in poetry- the fact is, it’s sort of been corrupted into prose. In its original form it was an epic poem rather like the Iliad or works of that sort. Rather than traditional poetry, it was a verse novel, without a traditional structure. What I most wanted to do was to preserve the essential musicality of the lines. Especially as the Ramayana like so many stories, was based on a fundamentally oral tradition.

What was your biggest challenge writing the book with regards to its poetry?

For me, the biggest challenge was to keep the plot relatively simple and also to maintain the reader’s interest. It had to be exciting: modern poems are 30 lines or fewer, so I had to keep the reader’s interest while also retaining the poetic structure. People don’t read a great deal of poetry for fun, so perhaps that was the biggest challenge: there had to be an emotional adventure in almost every line!

What was your biggest challenge overall?

The biggest challenge was definitely trying to represent all the different versions- although it’s true that their basic storyline is the same, I went through a hundred versions so it was difficult to say the least! To get a more general perspective and not rely too heavily on one version, I needed to do a huge amount of research, looking at paintings and sculptures as well as reading all of the different texts. I also found it difficult to get back to a way of imagining that’s almost been lost. When the story was first conceived, belief in magic, monsters and demons was completely normal, and in fact to the people living hundreds of years ago it would have been a fairly domestic story, so entrenched were these beliefs. Today, science-fiction tends to make belief in these things almost geeky but my aim was to make magic and monsters seem completely normal and natural!

What would you say are the differences between your previous work and this?

My poetry is much more tightly focussed on character and patterns, as obviously it’s much, much shorter: there are normally only about one or two characters, and every line has a double meaning. The Ramayana was on a much bigger scale so obviously it couldn’t be as heavy as ‘normal’ poetry, with a much bigger structure and a LOT more characters- there are lots and lots of characters in this story!

Do you have any advice for prospective writers or poets amongst our readers?

Yes, definitely! Firstly, make sure you read load of contemporary poetry. You don’t have to analyse it, but just read anything and everything, and love reading it. Another crucial thing is to make sure you get honest feedback- be very thick-skinned about the feedback because everybody can learn something, always! The most important thing I can say is just to love reading, writing and editing: keep persevering, and keep being passionate.