A Game of Colleges

Thom Addinall-Biddulph in Literature on 6 June, 2012. 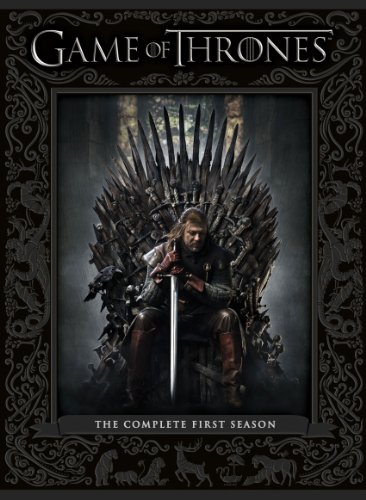 Find the Lannister hidden inside us all…

Have you ever wondered which House your college would be were Durham transported to Westeros, the land of A Song Of Ice And Fire and its hit TV adaptation Game Of Thrones? Well, wonder no longer!

N.B. in some instances, these aren’t houses but groups. I could have used lesser houses such as Houses Clegane, Baelish, and Bolton, but a) it seemed best to stick with better-known groupings, b) I’d be lynched if I made any college Houses Clegane, Baelish, or Bolton. So long as you’ve seen at least the first couple of episodes/read the first few chapters this should be spoiler-free, except for John’s and Trevs as for those colleges I used groups that don’t appear till season two/A Clash Of Kings. I’ve no doubt you’ll disagree with some or all of these, or think some tenuous (not having the in-depth knowledge of every college a college member would have was a hindrance!) – so do post your own suggestions in the comments…

With its proximity to the hilly Botanic Gardens, Collingwood is basically Highgarden, and thus should declare itself banner-college to House Tyrell. It may not have a Knight of Flowers, but whoever is in charge of its pizza bar should certainly be named the ‘Knight of Pizzas’.

This is by no means intended as an anti-Queen’s Campus insult: the wildlings are a hardy, independent bunch, who have no time for the pretensions and petty squabbles of the Seven Kingdoms. They have to endure the terrors of the far north, of white walkers and bitter cold, and QCers must endure the terrors of Stockton on a Saturday night. Which I have seen, several times, and frankly, I’d rather take my chances with the white walkers.

Other than the pleasing rhyme, Grey College’s buildings stand either side of its central lawn, which also contains the path to the Botanic Gardens, Grey’s blocks guarding it like the Twins. It’s also one of the largest colleges, where college parents, Walder Frey-like, may have many descendants…and if that seems tenuous, Grey could also be the Guild of Pyromancers, what with their penchant for fireworks.

Well, what did you expect? But before I’m accused of pandering to anti-Hatfield prejudice, let me remind you the Lannisters do have the series’ best character. The Lannisters are rich, powerful, and predominantly blond…just like Hatfielders. Plus, they’re after the Iron Throne, and Jaime Lannister murdered Aerys II, the last of the Targaryen monarchs: no doubt the longstanding rivalry between Castle and Hatfield will eventually lead to some over-eager young Hatfielder stabbing Castle’s Master in the back…

…this just speaks for itself, really.

House Tully was raised to rule the lands of the Trident by Aegon Targaryen, and as such is the newest great house in Westeros, as JB is the newest college in Durham. Their college mentor nights also indicate a dedication to a sense of the college as a family, which is important above all else to the Tullys. JB students are less humourless than Catelyn, though.

Perched on top of a massive hill with a lot of steps up to it, Aidan’s could easily be Durham’s equivalent of the Eyrie – but positioned at the edge of Durham, with the unknown wilds of Neville’s Cross beyond, it seems to suit the Wall more. Badgers, after all, do wear a lot of black…

A small, insular college, cut off from the main University as one of the independent colleges: Chad’s can only be the rulers of the Vale, House Arryn, who withdrew behind the Mountains of the Moon and kept themselves very much to themselves as war started. I’m also reliably informed its library is up a staircase not dissimilar to the vertiginous route to the Eyrie.

Cuths, my own undergraduate college, is known for nothing if not its love of life. By which I mean alcohol, primarily. And with this taken into consideration, there could only be one choice for its house: the house of ale-swilling, bawdy king Robert I Baratheon. In addition to that, Cuths, proud of its identity as a society rather than a college, posed something of a rebellion against the traditional colleges when founded, just as Robert challenged the old dynasty of Westeros. Cuths’ is the fury.

At the furthest end of the Durham colleges from the hill, and with its exotic, erm, riverside and woodlands, Hild Bede is clearly Dorne, the remote desert kingdom at the bottom of Westeros, yet to be visited in the show. Dorne was brought into the Seven Kingdoms by marriage, not by conquest, and Hild Bede was brought in to the University by the marriage of its constituent two colleges.

John’s is a college known for its religiosity and austere stone buildings (well, the main entrance at least). In these things it bears more than a passing resemblance to Stannis Baratheon’s branch of the Storm Lands’ ruling family, given Stannis’ dedication to the Lord of Light, and his forbidding stony home on Dragonstone. Whether or not John’s has a ‘red priestess’ I don’t know, but its JCR has a pool table that could very easily be turned into a map of Westeros. Davos Seaworth is nothing if not a fair trader, as well.

As a matriarchy (OK, show fans who haven’t read the books, this won’t be apparent, but in the books the Dothraki are ultimately ruled by the dosh khaleen, all the widows of defeated or dead khals), the Dothraki clearly value their women highly, and as a college that until recently only accepted women so does Mary’s. Its sweeping lawns/car park are a clear analogue for the Dothraki sea, too…

The House of the Undying

With its bizarre architecture, Trevs already is the House of the Undying. Certainly the sheer number of hexagons is enough to induce prophetic visions. And I’m sure plenty of its students have ended up with blue lips after a night in its bar.

The old dynasty, as they’re called in the house guides at the back of the first book, House Targaryen are a good match for the oldest college, and the one that holds the Castle, aka the Red Keep. True, Castle still holds its eponymous building, unlike the exiled Targaryens, but with the University’s determination to move up the hill, for how long…I’ll leave any comparisons involving the Mad King and the Master of Castle to the reader.

Out at the far-flung edge of Durham, and bigger than all the other colleges, Ustinov is Durham’s equivalent to the North. Not only that, its postgraduate denizens are nothing if not stoic and duty-bound to their PhDs, and with its proximity to the crematorium Ustinov will be the first line of defence against any reanimated corpses (so long as they’re not burned yet, anyway, and no disrespect meant to those cremated there!). Many Ustinovians have been away from university before returning for PG study, and they’ll certainly tell any undergrad who’ll listen, winter (aka ‘the real world’) is coming…

With its lake, Mildert is clearly designed to be a boating college, and as such suits House Greyjoy. Theon Greyjoy acts like a hard-living rock star, too, so would fit in very well at Jam By The Lake. Though I wouldn’t advise paying the iron price for your drinks in the bar.