The writers who make us remember: Commemorating war through literature 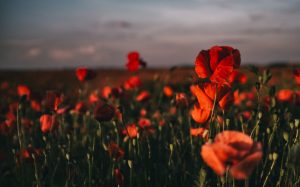 20th century warfare is a subject to which novelists, playwrights and poets alike have returned time and again, seemingly unable to finally lay to rest the powerful emotions associated with the kind of warfare that saw destruction on a scale never witnessed before. T.S. Eliot wrote that ‘the purpose of literature is to turn blood into ink’, and perhaps we can use these words as an insight into why this is the case. The grim alchemy that occurs when writers turn the tragedy of the First World War and the conflicts which followed into literature illustrates our need to write, and read, in order to understand and document the things we find hardest to contemplate. With this in mind, we explore the literature that has helped to shape our understanding of conflict.

Regeneration by Pat Barker is a powerful, shocking work, which mixes history with fiction to portray the impact of trench warfare upon individual soliders’ mental states. Barker paints fascinating portraits of real-life figures including Siegfried Sassoon and Wilfred Owen, as well as the doctor who treated them both at Craiglockhart hospital, William Rivers. Every character Barker conjures becomes vital and complex, and while the novel’s main focus is clearly historical, the text never feels dry or overtly factual. In fact, some of the most gripping strands of the plot concern aspects of the characters’ personal lives that are only indirectly affected by the war, and I particularly love Barker’s often unromantic descriptions of the burgeoning relationship between Billy Prior and Sarah Lumb. The use of language and imagery throughout the novel is breath-taking and I strongly recommend it to any English or History student. 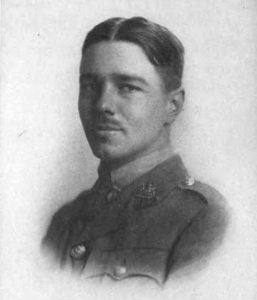 I wanted to include Testament of Youth in this article not only because it’s an enormously well written and respected text, but because it’s so important to remember the impact of war on women as well as on men. Vera Brittain guides the reader through her experiences before, during and immediately after the war, and we follow her as she pursues an education, encounters unspeakably sad losses, and bravely nurses soldiers in Britain and France. Brittain was obviously an exceptional individual, but her work gives the audience a sense of what life was like for many women across the social classes in the early 20th century, and the options which were available to them prior to, and as a result of the First World War.

Michael Morpurgo’s Private Peaceful is a beautiful story that follows a long tradition of contrasting the harsh realities of warfare with the pastoral, pre-war landscapes left behind by many young soldiers in 1914. Morpurgo’s depiction of rural life shared by the two Peaceful brothers gives the same sense of tranquil domesticity ruptured by conflict as poems like Anna Gordon Keown’s ‘Reported Missing’ and Edward Thomas’ ‘At the Team’s Head Brass’. As a children’s story, Private Peaceful is relatively simplistic and more than a little romanticised, but to me that doesn’t matter—in fact, in some ways it adds to the feeling of lost innocence with which one is left at the story’s heart wrenching conclusion. Read with a pile of tissues at the ready – you have been warned.

Although not technically a work of fiction, George Orwell’s autobiographical Homage to Catalonia offers a fascinating insight into an Englishman’s experiences during the Spanish Civil War (1936-1939), and how this shaped his political views thereafter. Orwell recognises that he entered the conflict with a wide-eyed optimism, filled with naivety and excitement in equal measure; ‘the conquering-hero stuff’ of the Spanish civilians and militiamen willing him on. However he soon falls back to earth with a thud, as he is struck by the disgusting conditions on the Spanish front-line.

Orwell’s experiences of war also have the effect of bringing his political views into sharper focus. Having ‘breathed the air of equality’ through the comradeship of the soldiers and the abandonment of hierarchical social structures in Spain, Orwell’s commitment to democratic Socialism was solidified. The power of war to provide perspective is a constant theme of Homage to Catalonia, this is particularly evident during Orwell’s account of being shot in the neck (a wound which ultimately took him out of the war). In his typically dry style, Orwell describes how the experience was ‘very interesting’ and likens it to ‘being at the centre of an explosion’. The violence and brutality of war and conflict are made plain in Orwell’s brutally stark account. 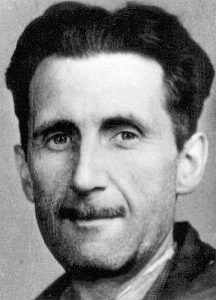 At first glance The Silver Sword appears to correlate with the classic children’s adventure literature of the 1950s, but upon closer inspection it is clear that Ian Serraillier’s work is much more than your typical Enid Blyton tale. The Silver Sword offers a gritty depiction of the struggles of four refugee children trying to survive in war-torn, Nazi-occupied Warsaw. Serraillier paints a vivid picture of the upheaval caused by the Second World War, particularly for those inhabiting highly-vulnerable Poland. The novel is particularly potent in its depiction of a post-Second World War world. Serraillier emphasises that the political climate, culture and geography of Europe had changed irrevocably; many of the effects of the World War were now entrenched and permanent.

The four children have a real tenacious capacity for survival and a dogged determination to make the best of their situation in the hollow shell of Warsaw. For the purposes of authenticity, Serraillier actually based aspects of the plot and characters on records of real-life children from this period. Whilst the childlike optimism of our protagonists is tempered by instances of despair, a thread of hopefulness runs throughout the novel. Viewing war through the lens of naivety is a common trope used by children’s writers, including the likes of Michael Morpurgo. Although the primary purpose of this may be to make the subject more bearable for the childhood audience, we can also argue that it portrays the evil of war in its naked form by stripping the subject down to the basics of ‘right and wrong’.

War, though horrifying and destructive, has provided the cultural muse for some of the greatest works in the English language. The presentation of war and conflict varies enormously, offering a sharp insight into the full spectrum of human emotion. While themes of survival and hope are prevalent in some instances, other works centre on the subject of grief and loss. Although we cannot begin to imagine how it must have felt to have been embroiled in these epic conflicts, war literature can give us a taste of this unknown world. A world of life, death and everything in between.