“We may have lost the football, but we won the war!”

Reetta Humalajoki in History on 27 November, 2010. 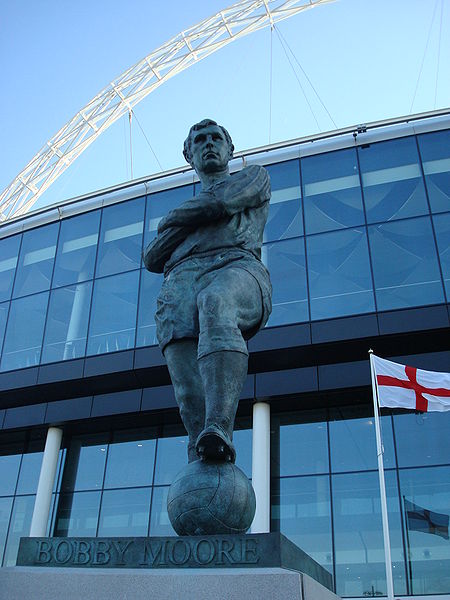 Despite the title of this article, I must make one initial confession: I am ambivalent towards football. As a sport I find it slow-paced and unstimulating. The heavy financial emphasis of buying and selling players is rather distasteful. I can’t say I even find any of the players particularly attractive. This summer the World Cup thrust it into my attention anyway, mainly in the form of disappointed fans littering the streets of Durham. The most notable instance was of course the loss of England to Germany 4–1. A few days later mention of the match inevitably sprung up between my boyfriend and a friend of his, in the midst of which the latter exclaimed – “We may have lost the football, but we won the war!”

Ever since I heard that phrase, it has been bothering me. Such an appropriation of history due to a loss in sport is troubling. WWII spurred incomparable destruction in Europe. It was an era of genocide and of bombing civilians en masse. Yet in this use of the term “the war” such issues are ironed out, instead creating an image of the simple split present in football: England vs. Germany.

This reflects the usual dichotomy of WWII representations – that of “good vs. evil.” Perhaps surprisingly, this is a point which often crops up when speaking of my own nationality. Being Finnish apparently makes me an interesting person to talk about WWII with (I wonder if anyone would bring it up if I were German?). Most of the time when I’m asked about Finland’s role in the war the person asking already knows the answer: yes, Finland did cooperate with the Axis powers, more specifically by coordinating a two-sided attack on the Soviet Union with Germany. So really, asking is more just an excuse to jokingly tease me about helping the Nazis, as if I was personally involved. I hasten to point out that I have only ever heard this comment in jest; no one has actually accused me of being a fascist, but all the same this sort of joking has an ominous undertone. First of all, it ignores historic subtleties about Finland’s relatively recent declaration of independence in 1917, along with a tense relationship with the Soviet Union, and of course the eventual battle between Germany and Finland in the Lapland War of 1944. These aspects are surely enough to argue against a simple lumping of Finland with the “baddies” of the war. Nor is Finland the only example of a history which has been simplified in order to fit the preconceptions of the “good vs. evil” dichotomy.

Now you may be thinking it’s ridiculous to get worked up over a couple of comments by people who surely don’t reflect the majority opinion on the matter. Yet I dare say these polarised attitudes are more persistent than you might think. Having approached the subject of WWII and football with some otherwise very open-minded people, I noticed that some suddenly get very defensive. A typical response is to claim that the English-German football rivalry has nothing to do with the war, but rather with tense past football matches. If this were the case, then surely Germans would have a similar reaction. Speaking to a friend who was on exchange in Germany during the World Cup, she expressed surprise at the German reaction to playing England. According to my friend, these matches were really no different to any other. Germans would be more likely to get anxious about playing against the Netherlands.

So why doesn’t Germany get as riled up as England does about facing their old wartime foes? I would argue that this is largely due to differing collective memories of war. There is a great deal of theoretical writing on collective memory which explores the relationship of war memory and national consciousness. A popular stance adopted in post-war Germany was one which worked actively to separate the concepts of “Nazis” and “Germans”, placing blame purely on Nazi officials and victimising the German nation. Thus, though historians like Daniel Goldhagen have attempted to blur the boundaries between Germans and Nazis, a distinction between the two exists. Germans today don’t look back to WWII and think of what “we” did and understandably so!

Yet remember that Britain was not exactly innocent. My boyfriend at this point hastens to remind me that Britain’s own dirty past is not forgotten in education about the war – in the primary school he helped out in a couple of months ago, the Allied bombing of Dresden was mentioned along with Hiroshima. But this does not stop many from associating “winning the war” with national pride – a concept not generally viewed as problematic. The media perpetuates these attitudes, bringing depictions of WWII constantly into our awareness.

Yet history just isn’t as simplistic as TV would let us think. The Second World War was surely not the moment of romanticized heroism popular culture presents it as. There certainly weren’t any Daleks involved. Yet so many still cling to that glossed over imagery of Spitfires and sirens as a source of national pride. So many still refer to British involvement with the term “we”, as though they were themselves a soldier on the frontline. This is a case of deeply rooted national consciousness, of a sense of collectivity held in media representations of the past. I’m not disputing the right of an individual to feel pride in where they’re from, but is a highly sanitized image of war really an appropriate source for this?

I am not questioning the need to remember or commemorate those who made sacrifices. I did not challenge the people who a couple of weeks ago wore poppies in remembrance of those who died in WWI. I am merely suggesting the need to investigate our perceptions of the past. Referring to those who fought in twentieth century wars with the collective pronoun of “we” may seem like a manifestation of pride in the sacrifice of those who fought for this country but this needs to be questioned. Could you do what others did in war time? Even if your answer to this may be a defiant “yes”, the fact of the matter is that you have not. Hopefully you never will either. In using the term “we”, people perhaps unintentionally stake a claim in wartime experience that they don’t have. Surely thinking critically about the wartime experience and what your reaction may have realistically been to it is more respectful than claiming you played a part. They lived and fought through difficult times in a way we today perhaps could not.

So, though Britain was on the “winning” side of the war, perhaps it is time to throw away simplified collective memories and find a new source of national pride. Rather than attempting to associate yourself with the acts of others decades ago, why not give them the respect they deserve by admitting you were not involved? Neither the Germans nor the English are the same as they were 70 years ago. Whether won or lost, WWII should never be used as a consolation for something as relatively insignificant as football.