The War of Words over World War I 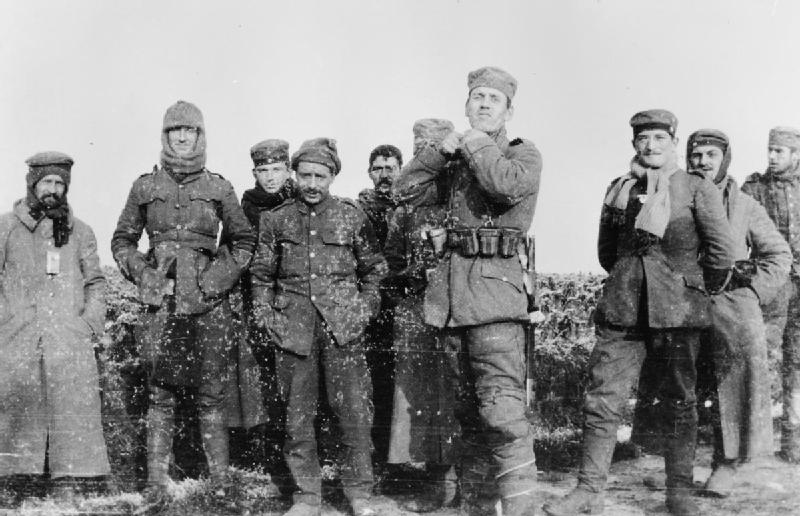 Is the Christmas Day truce one way to remember the war?

Next year marks the hundredth anniversary of the beginning of the First World War. Yet already we are seeing tensions rage about how to commemorate the devastating conflict which ravaged the lands of mainland Europe and saw up to sixteen million people die. In one such example, the BBC journalist Jeremy Paxman has, in the past month, criticised the Prime Minister for attempting to “celebrate” the war.

It started with David Cameron’s speech, from October 2012, when he said that there will be a “massive transformation” of the Imperial War Museum to make it “even better than it is today”; that there would be a “major programme of nationally commemorative events”; and that there will be “an educational programme to create an enduring legacy for generations to come”. In addition, there would be an extra six million pounds to “enable young people working in their communities to conserve, explore and share local heritage of the First World War”. The Prime Minister said he was also open to other ideas, such as “friendly football matches to mark the famous 1914 Christmas day truce” and that £5.3 million is being given to schools to fund trips to the battlefields for “thousands of children” between 2013 and 2019.

However, Paxman’s irritation was drawn from when the Prime Minister said that he wanted to see a “commemoration that, like the Diamond Jubilee celebrations, says something about who we are as a people”. The 63 year old told the Radio Times that “only a moron would ‘celebrate’ war” and that any war commemorations should have “almost nothing in common” with the jubilee revelries. The jubilee, he said, was “an excuse for a knees-up in the rain to celebrate the happy fact that our national identity is expressed through a family rather than some politician who wants the job to gratify his vanity”. On the other hand Paxman added that not recognising it as “one of the most consequential events in our history would just be perverse” and that “not to acknowledge the war’s significance would be wilful myopia”, but that “the whole catastrophe has been overlain with myth and legend”.

However, the media seems to have overreached itself with Paxman’s comments, which came almost a year after Cameron’s speech at the Imperial War Museum. “Paxman mauls David Cameron” said the Metro; “Paxman blasts World War 1 ‘celebration’ plan” wrote the Daily Express; “Paxman blasts David Cameron” the Independent headlined. The press is huffing and puffing over what really is a non-issue of triviality. Paxman is right that the commemoration should not at all be like that of the Diamond Jubilee. That was truly a jovial celebration of our Royal Family and the fact that our Queen has been on the throne for 60 years. Looking back at the horrors of the Western Front is not a jovial affair. But the newspapers should have been more concerned with the rest of his speech. What is wrong with improving a national museum? What is wrong with educating people about what happened between 1914 and 1918? What is wrong with commemorating the war dead? What is indeed wrong with supplanting “myth and legend”? None of these points were answered, primarily because there is nothing wrong with them; the press were merely trying to shed Cameron in a poor light.

The act of war cannot be celebrated. It is not a romantic adventure as it might have seemed to the hordes of men in the very early days of August 1914. It is horrific, it is bloody, it is deadly. Families are torn apart, soldiers are maimed and killed, innocent civilians are caught up in the crossfire.

But what should be seen and what should be celebrated is that in 1914 Britain did not stand to one side. Britain did not allow an imperial, expansionist and ultra-militarist Germany to gulp up masses of Europe to satisfy its leader’s voracious and dangerous appetite for short-thought out conquests that had catastrophic and cataclysmic consequences. This is not simple flag-waving jingoism or teutophobia, and I am also aware that, unlike with World War Two, there are other players in Central and Eastern Europe who must take some blame. Many of the greatest German historians have repeated the same things. British lives were lost so that in Europe there was not one hegemonic powerhouse that could do what it wanted and subjugate those under its domination. For us, it was a just and necessary war; for them, it was an imperial vanity show.

In declaring war on Germany, the Prime Minister Herbert Asquith declared to Parliament: “If I am asked what we are fighting for, I can reply in two sentences. In the first place, to fulfil a solemn international obligation… an obligation of honour which no self-respecting man could possibly have repudiated. I say, secondly, we are fighting to vindicate the principle that small nationalities are not to be crushed in defiance of international good faith at the arbitrary will of a strong and overmastering Power.”

Let us remember next year, like every year, those who have fallen for the upkeep of these civilised and decent principles, let us have pride as well as pity for those who served and let us remind everyone who lost ancestors that they did not die for nothing.