The role of sentiment and artistic licence in remembering historical trauma: constructive or destructive? 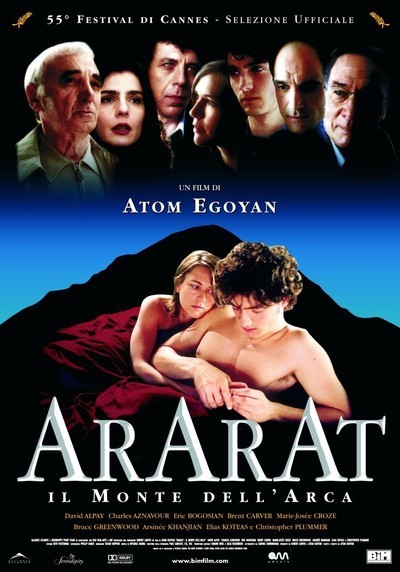 A century ago, the field of History was largely considered a platform on which academic historians might strive to present and preserve the truth, and nothing but the truth. The truth? A recorded and well-articulated encyclopaedia of facts, figures, and dates – and lots of them. Historians today have called this macrohistory, a broad-brush approach to the past that aimed to cursorily cover and indent in one’s memory a little bit of everything. First and foremost, this discipline was to be an objective study, detached from emotional involvement, personal investment and, employing that word our GCSE teachers liked to discourage so wholeheartedly, bias.

Our parents and grandparents probably learnt this style of historical understanding, and to a certain extent, so did we. You might remember chronologically learning all the British monarchs since Anglo-Saxon England, the PMs from Robert Walpole, or every tedious War of the Roses’ battle. I certainly do. Timelines were key. Family trees crucial. Mind maps recommended, but not for everybody. Exact dates may have darted from my mind immediately upon exiting the exam hall, but in general this style of early historical education tended to achieve its aims. It achieved them because it tended to pivot around a period that was no longer personally ingrained (painfully or otherwise) in the world’s shared and individual memory. It also worked because our long-awaited admission into genuine historiographical debate only really comes into play at higher education. Perfunctorily learning facts and dates and battles and names and treaties was all we knew. Remembering and analysing historical events of the twentieth and twenty-first centuries, however, requires a new level of understanding that cannot, and should not, be objective and unquestioned.

Indeed, although this inflexible idea of History as neutral seems to sit somewhat at odds with the academic notion of evaluation and interpretation in general, it is completely at odds with ‘modern’ History that remains fresh in collective memories. In particular, an objective approach to History becomes problematic and potentially damaging when discussing controversial historical traumas such as genocide. For example, historiography on Nazi Germany may be abundant, but it is continuously re-shaping itself and the discipline in general, too.

Several works of Saul Friedländer, including his Years of Persecution and Years of Extermination, have acted as a watershed in such development. Himself a Jewish survivor of the Holocaust, Friedländer’s writings stem from a belief that the ascendancy of Nazism cannot and must not be treated as a ‘normal’ historical period, on account both of its unfathomable horror and freshness in popular memory. Counteracting the antiquated theory that ‘the goal of historical knowledge is to domesticate disbelief’, Friedländer firstly contends that shock and disbelief are sometimes the only morally coherent starting points in acknowledgement of past catastrophes. Secondly, in efforts to compose an integrated History, he advocates the use of victim and perpetrator testimonies – often in the form of diaries and letters, which are viewed with the same critical attention as any other document. Here, then, lies a case for microhistory, and with it, an acknowledgement of human sentiment and its attached value.

Friedländer’s beliefs and emotional involvement with Nazi Germany brought him into conflict with German historian Martin Broszat in the 80s, engendering, in my opinion, one of the most stimulating historiographical debates to date. While Broszat stipulated ‘authenticity’ and a move away from ‘moralising’ interpretations in historicising Nazi Germany (to the extent where he stated in 1987 that Jews were incapable of writing a rational History of the Third Reich), Friedländer regarded his biographical baggage and emphasis on personal perspectives as essential to research of the Holocaust. His double existence as both witness and historian, encapsulated in his 1979 memoir, When Memory Comes, allowed him tackle – professionally, morally and personally – his perceived duty to make sense of the past.

This leads me on to the second part of my argument (/musings). Having acknowledged that History as a discipline is more likely to be subjective than objective (in some areas more than others), some historians (Marianne Hirsch in particular) have also started to question whether the study and projection of History has to be purely ‘factual’ and true to life at all. Films covering historical events, especially those portraying controversial and violent experiences, have been present from the beginning of, well, film. From the first All Quiet on the Western Front, to Schindler’s List, to The Lives of Others, a multitude of films have been disseminating historical messages to wide audiences for decades, some with more political undertones than others. However, the primary aims of such cinema have arguably been largely commercial; what I want to talk about is a new kind of cinema, one that can be used purposefully as a form of historical educational output, and even academia.

The centennial of the much-debated Armenian Genocide has brought its past and remaining victims very much into the limelight. While it is regrettable that an otherwise extraneous date seems necessary to properly commemorate the horrors of the past, it can only be seen as constructive that the world is becoming aware of one of the most horrific massacres of the twentieth century. It has also shed light on the idea that (visual) media and scholarship do not necessarily have to work in entirely separate spheres. Atom Egoyan’s Ararat (2002), rediscovered by many this year, is a cinematic example of historicisation that utilizes artistic licence to ambitiously meditate on representations of genocide.

Harshly judged in the past as a failed portrayal of the Armenian Genocide, critics entirely miss the point. Ararat is not purely a story of the events of 1915 and their ensuing years – it is a reflection on how best to historicise genocide, the political stakes involved in such commemoration, and ideas of collective memory, denial, and identity. Such contemplations materialise through the fictional backdrop of a film production set, also named Ararat. This dual plot fosters a complex web of characters, each depicting varying connections to the historical trauma and thus personifying the difficulties of historicisation and memorialisation. Ararat (and cinema for that matter) is only an example, and one that deserves far greater consideration than a couple of lines. Yet it is an example that unites both fact and fiction in order to create the ultimate historical lesson – one that does not simply teach truth, but rather the multiplicity of truths and, ultimately, the flexibility of History.

Objective History and scholarly detachment is out-dated and old-fashioned, not to mention infuriatingly complacent; even those who once pursued and professed impartiality doubtfully ever reached it. Ideas of fluidity and divergent perspectives within the scholarly world, however, have far to go. How to prevent non-objective History from mutating into a podium purely for boundless debate and conflicting ideologies is tricky. Yet to recognise History as a cultural and political field, inherently tied up with human emotion and opinion, is a step in the right direction. The cautious use of tasteful fiction and artistic licence in order to communicate the often incommunicable is an even greater step. Maybe even a leap.