The Return of the Right in the Crisis of Capitalism 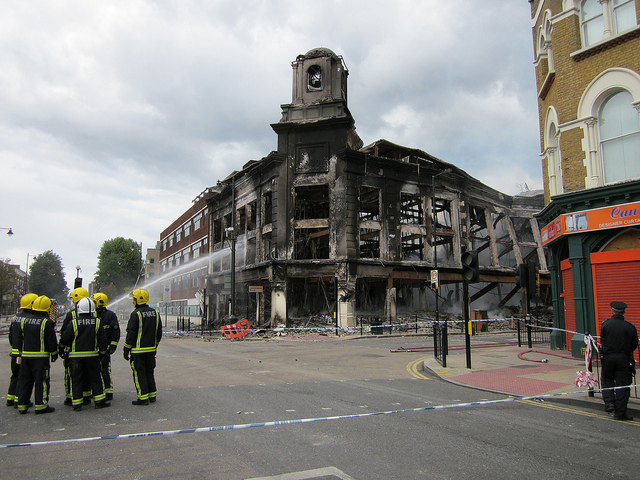 Fertile ground for a return to the far-right in Europe?

On the 25th July, the French Communist newspaper L’Humanité ran the headline: ‘Resurgence of Terrorism from the Extreme Right’. The story covered the bomb and shooting attacks of Anders Breivik in Norway three days earlier. The far-right militant had targeted social-democratic groups, leaving over 70 people dead. Breivik had links to numerous far-right groups, including the English Defence League. In this period of crisis for the world capitalist system, a worryingly renascent reactionary extremist discourse is returning to European politics and society.

The article in L’Humanité was right to identify that a pattern is repeating itself, last seen during the depression of the 1930s: a radical right-wing street violence that bolsters a growing ultra-conservative hegemony in the political system. Do not the gang tactics of the English Defence League recall those of brown shirt groups of Hitler, Franco and the Action Française in the 1930s and the build-up to war? Long-lasting debates exist among observers as to whether Europe’s current extreme right can be justly termed as “fascist” (some parties are direct successors to 1940s fascist groups, others not). The model of thuggery twinned with political normalisation and takeover suggests that we are witnessing a phenomenon not dissimilar to the 1930s. Did not the August riots in the UK indicate the disenfranchisement of a social class and a crisis of consumerism? The acts of the groups that took to the streets were manifestly not political: the looting instead showed a desire to violently reclaim participation in a materialist, consumer society. No coincidence, then, that groups such as the EDL flourish in this environment, where our fascistic desire to live in consumerist capitalism takes over. Even riots in Greece and Spain, as well as the ‘Occupy Wall Street’ movement, claim to be non-politically affiliated; to a point this can helpfully integrate the indignant from across society, but when the desire for radical restructuring of the social system finds itself without leadership it runs the danger of being hijacked, as it was on the eve of the Second World War.

In that period, the left failed to harness revolutionary potential, due either to military defeat (Berlin, Hungary and Bavaria in 1919), or to its own political failure (as in France throughout the 1930s). Today the failure takes a different form, as a truly left-wing critique of the capitalist system has disappeared, with former socialist parties being integrated into capitalist discourse (and nowhere is this more evident than in the United Kingdom). Consequently, the counter-system parties in many European countries are now on the right, many of which rely heavily on working-class voters. The French National Front, set to gain up to 20% of the vote in next year’s presidential election, is the most obvious example. In a parallel phenomenon, the rehabilitation of the extreme right in political discourse is beginning. In the Netherlands, the ruling coalition relies on the electoral support of a manifestly Islamophobic party headed by Geert Wilders, a situation unimaginable a mere decade ago. Extremist parties aside, xenophobia and reactionary conservatism is once again becoming legitimate in the policies of Europe’s moderate right, from Cameron and Merkel’s attacks on the ideal of multiculturalism to Sarkozy’s more radical expulsion of the large numbers of Roma from France.

Perhaps one should look to the original fascist country for today’s best representation of the collapse of political plurality before an emerging rightist hegemony: Prime Minister Berlusconi, the private owner of by far the largest broadcasting cooperation in Italy, repeatedly survives threats to his premiership caused by his degrading of the public office. A free media has fallen to political control (or to corporate control in Murdoch’s Empire), and a ‘strongman’ style of politics has taken its place. Indeed, how seriously should one take (affectionate) cries of “Duce!” at Berlusconi’s rallies?

What we have to fear is well under way in America, where the right is being taken over by an anti-rationalist, xenophobic and reactionary conservatism in the guise of the Tea Party. The integration of all parties into capitalist liberalism over past years has left disenchanted masses with a desire for radical change. This can take the form of a violent reclaiming of consumerist materialism, as in the August riots – a trend that runs the danger of gaining extremist direction as it did in Germany by the time of Kristallnacht. Or, we can overcome our addiction in favour of a genuine change to the system. It seems time for Europe to choose.