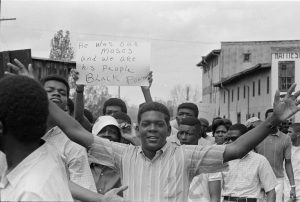 Black History Month, celebrated annually in October in the UK (and February in the US and Canada) is, in theory, a celebration of the history of the African diaspora. However, the criticisms which have emerged recently suggest that Black History Month needs a re-think. Why should the celebration of such an influential and integral part of our history be confined to one month a year?

Before the 1970s, black history was almost absent from popular history. The general consensus among British historians was that Africans were a people without a history worth recovering. The 1970s, then, was a watershed decade in black historiography. Challenging the prevalent view of black people as “types” in historical research, the pioneering historians Folarin Shyllon, James Walvin and Peter Fryer aimed to reverse this image by recovering the black communities who so rightly deserved a history of their own. These three historians established a research movement into the history of racism and its influence on black communities. This research was spearheaded by Walvin and his groundbreaking work in collecting evidence from county archivists in the UK. Sufficient work was done to lay the foundations for the establishment of Black History Month in 1987, organised by the Ghanaian analyst Akyaaba Addai-Sebo. Akyaaba revealed in an interview that the founding of Black History Month was catalysed by an incident with the son of one of his colleagues at the Greater London Convention, a young boy named Marcus (after Marcus Garvey). “Mum, why can’t I be white?”, he asked his mother the previous night when she was tucking him into bed. This was the pivotal moment of Akyaaba’s revelation. Insufficient work had been done for black children to feel happy in their own skin. Britain clearly needed to fight against its apparent status as the fountainhead of colonialism, imperialism and racism. A series of lectures in 1986-87 at the GLC were compiled and made into a book – ‘Our Story’; cultural manifestations were organised, complete with jazz musicians and Caribbean artists. The institutionalisation of this idea was mandatory for its survival – and so Black History Month was born.

Why October? October marks the period of the autumn equinox in Africa, marking the harvest period, the period of the Yam Festivals. October is typically a period of tolerance and reconciliation in Africa when chiefs and leaders get together to discuss and settle problems; October is also the month of Marcus Garvey celebrations.

However, it has to be said that although Black History Month was founded on prominent ideas of educating children and celebrating black culture and history, over time it has been popularised as something narrower than these foundations laid the potential for. Black History Month has essentially become Black Heroes Month. More often that not, Martin Luther King is the poster boy, with Nelson Mandela and Marcus Garvey by his side. Black women are eclipsed by these recognisable male figures. The black community is not represented by these few recognisable faces. Of course, these phenomenal blacks deserve this immense celebration, but no more so than those who have been forgotten and unfairly eradicated from the history. Black History Month presents too narrow a view of black history.

The focus on biography that is so prominent in Black History Month is counterproductive. There needs to be more of an emphasis on movements, themes, art, culture, music and forgotten individuals, for the global scale and influential scope of black history to be appreciated in its entirety. We need to heroise those who have been forgotten rather than recycling the celebration of those who are already considered heroes. Let’s take Robert Smalls, a ship’s pilot and sea captain, who freed himself, his crew and their families from slavery in 1832. This feat successfully helped persuade President Abraham Lincoln to accept black soldiers into the Union Army. Smalls was also a politician, who initiated the state legislation that ultimately gave South Carolina the first of the US’s free and compulsory public school systems. So, if Black History Month is now essentially Black Heroes Month, let’s sing those unsung heroes. 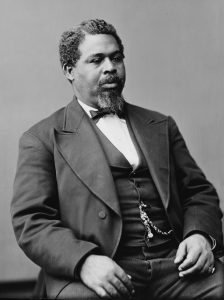 Black History month provides an excuse for a public education initiative, provides role models and celebrates the value of ethnic diversity. However, why should this require an excuse? Surely, in the twenty-first century, the incorporation of black history into the curriculum should not be confined to one month. Having a dedicated month for the teaching of black history accentuates the idea that blacks have a “minority” place in history.  Let’s have some black literature as a compulsory component of the school curriculum, rather than the study of ‘Othello’ being the furthest we venture into this realm.

It is not just in history that blacks are both misrepresented and underrepresented, it is in the study of history too. In universities, history is the third least popular subject among black undergraduates, after veterinary science and agriculture. This is far from surprising, though, considering the Eurocentric curriculum that dominates lecture halls across the country. The claim of Dr Kehinde Andrews that ‘universities produce racism’ aligns with the shocking figure that just 60 of all 14,000 UK professors are black. Discrimination against minority ethnic staff is not unheard of. Universities, by having an overly “white” curriculum, are not fuelling desires to challenge racism, they are blindly embracing the institutional racism of our society. A recent study revealed that three-quarters of white students achieve a 2:1 degree or higher, compared to 60% of minority ethnic students, in universities across the whole league table. A year ago, a student campaign at UCL called ‘Why is my curriculum white?’, which was backed by the National Union of Students, was a response to the lack of diversity found on reading lists and course content. As a group of Cambridge academics have argued, the curriculum needs to be decolonised. Great African writers need to be studied; primary sources written by those whose history we need to access. Adopting and perpetuating a narrow-minded, occidental view should be a thing of the past. A university cannot claim to be inclusive if its curriculum is not.

With racist attacks happening daily and being ignored in the news in favour of events closer to home, it is clear that Black History Month has so far been insufficient in reversing the racist ideas which even our country’s institutions embody. Reform is of the utmost importance. One month in twelve won’t do the trick.