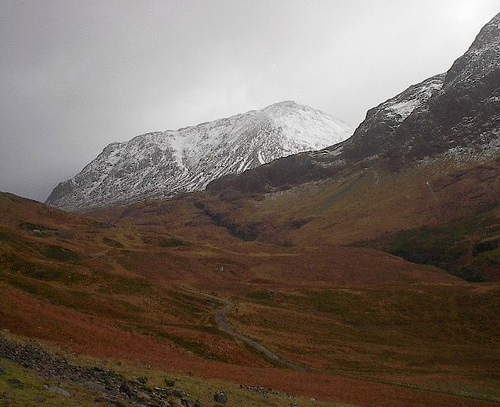 The Anglo-Scottish borderlands were the home of the reivers for centuries.

As in many war situations, stirring writing is the result, and the 300 years of skirmishes (sometimes open battles) which occurred along the Anglo – Scottish borders roughly between 1300 and 1607 produced the Border Ballads, some of the finest in the English language.

Made famous by Sir Walter Scott in the early nineteenth century, these songs were transmitted from generation to generation by women such as Janet Scott (Sir Walter’s aunt), Meg Laidlaw, mother of James Hogg, and Nancy Brockie of Bemersyde, to whom Pippa Little’s book, Foray, is dedicated.

The border reivers were lightly armoured, mounted subsistence farmers who when not at war, went on winter raiding parties (both cross-border and within their own neighbourhoods) to steal horses, sheep, cattle and goods, and to kidnap, rape and murder in order to eke out their poverty-stricken lives. They also answered blood feuds and wreaked revenge on enemies.

Fiercely loyal to their ‘names’ (clans), most of the raiding parties would consist of between 12 and 20 men, but up to 1000 could be mustered if need be. Famous ‘names’ such as the Armstrongs, Nixons, Humes and Wilsons (descendents of whom include the first man on the moon, at least two American Presidents and a British Prime Minister), and the Charltons, Robsons and Milburns, (footballers all), are still prevalent in the area. They left not only the ballads, but a border region rich with castles, pele towers and bastles (fortified houses). They also left us with such nuggets of the English language as ‘blackmail’, ‘grieve’ and ‘bereave’.

While women were the transmitters of the ballads, they themselves remain very much hidden within historical records which highlight male escapades. In Foray, Pippa Little sets women’s experience at the centre.

One of my favourite poems from Foray is the lullaby ‘Hush Ye, Hush Ye’ which I’ll quote in full:

Hush my hinny, hush my dear

Shut your eyes so true and clear

Let the wind roar here and by

Hush my babe, hush my pet

your father will be coming yet

with meat and gear and warm blue paid

I hear him riding through the beck

Hush my bonny, hush my lamb

Would skaith you, my beloved one,

While your mother I still am.

This gives the essence of women’s role: sustaining the next generation through constant fear of hunger and attack, in which both the waiting and the back-breaking hard work were only too real.

Reiver women were pretty tough, whether living in the most miserable of shelters or in a castle. There is the famous story of one who serves up a single spur on an empty platter as a warning that food is running short, and that the men had better go out and raid for more.

‘Truce Days’ were when hostilities would be suspended between dawn and dusk, when summary justice took place, (hangings mainly for men, drownings for women), and fairs would be held, involving lighter elements of ‘fitba’ matches, horse racing, markets and dancing. But Little captures these uncertain times superbly in her poem ‘Truce Day’:

….There is only sleep keeps a truce

It’s drink that runs over

Foot follows foot along the path to where

Footba’ and races run for a silver bell,

kissing and punches and long-lost faces….

For truces would often be broken, most notoriously at Redeswire, which resulted in a full scale battle and much death and destruction.

To warn of oncoming raids, beacons were lit at towers and bastles, though women also had a system of laying open bed sheets on hedges and high ground. Eyebright is a medicinal herb common in the borders, and in the poem of this name, a day’s apparent calm, undermined by threat, is brilliantly evoked in a single sentence:

rain will come from the west

gathered in a snail’s shell’s

resting in cups of eye bright

pleasing rain, with the scent of thunder in it

from the next valley

where the bed sheets lies unfolded on a hedge,

Anyone wanting to find out more about the reivers should probably start with George MacDonald Fraser’s The Steel Bonnets. Though mainly thought to be confined to the ‘Debatable Lands’ around Hadrian’s Wall and Northumberland, reivers’ castles and bastles can be found as far south as County Durham and into Yorkshire.

There are imaginative exhibitions and displays at Tullie House Museum in Carlisle, at the Heritage Centre in Bellingham and the Hexham Gaol. Every year the Hawick Reivers Festival performs re-enactments.

Best of all though are visits to some of the actual reiver houses and towers, most notably ‘The Hermitage’, (a sinister place between Newcastleton and Hawick), ‘Black Midden Bastle’, (great name but look out for the other bastles on the same valley), and the fortified village of ‘Wall’ where you can see seven fortified houses, still inhabited.

Reiving came to a fairly abrupt end in 1607 with the joining of the English and the Scottish crown, it being no longer politically desirable to have a battle zone in the middle of the country. Mass deportations and hangings saw the end of reiving, but its impact is still evident today.

Pippa will be reading her poems on the following dates: