Old Kid on the Block 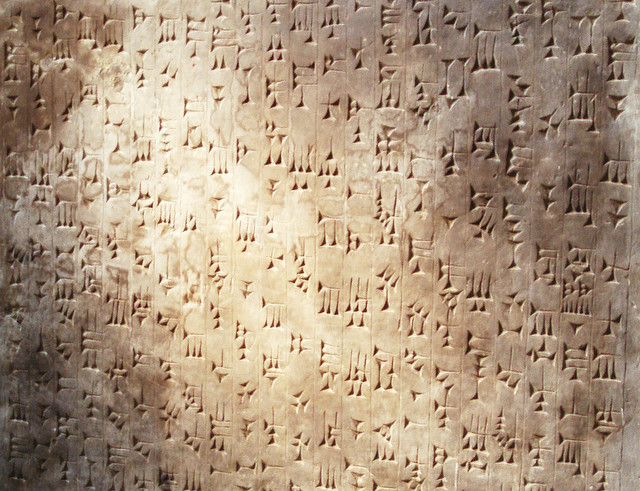 For a student of Classics, the world changes pretty slowly. So perhaps the geologists pip us to the post in terms of how far back our respective fields go, but we classicists like to revel in the fact that our speciality predates other humanities studies, often by millennia, acknowledging with a wry smile those people who study such younglings as “Old English” and that new-fangled oddity “American history”. It is still perfectly respectable to refer with authority to classical academics who published in the 1800s. Hell, even the Latinist’s favourite tome, the Oxford Latin Dictionary, chortles with antique pride at its own acronym.

But then along came the Chicago Assyrian Dictionary.

Now, when I say the world changes pretty slowly for a classicist, those who study Assyrian make classicists look like Duracell bunnies on crack, scribbling away with Bacchic frenzy. But finally, after nearly 90 years of sticking little bits of paper in filing cabinets, the world’s first dictionary of the Assyrian language has now been completed and is in the process of being digitised.

Classicists of delicate constitution may wish to stop reading here.

The work of Oriental Institute of the University of Chicago was first begun in 1921 by James Henry Breasted. The comically-surnamed scholar and chum of Howard Carter came fresh from his work on the Berlin dictionary of Ancient Egyptian, having also studied Hebrew at university as well as spending the entirety of his honeymoon nabbing Egyptian collectibles for the University of Chicago. The enormous task of documenting the entirety of the Assyrian corpus was to take them ten years. Or so Breasted said.

At Breasted’s death (after marrying his first wife’s sister and taking her on a honeymoon to… er… the 1935 International Congress of Orientalists in Naples), the Chicago team had collected over a million index cards. Numerous successive project co-ordinators also predicted a ten-year completion date, including the final editor-in-charge, Martha Roth, who edited the final volume 32 years after arriving at the project and spending her first four years working on one word – “witness”.

So what is all the fuss about this language?

The Assyrian language, and the broader Akkadian language group, came to fruition in the third millennium BCE – over a millennium and a half before the first works of “western” literature, the Iliad and the Odyssey, and the earliest books of the Bible. It centred around the ancient civilisations of Mesopotamia (Greek for “between the rivers”, i.e. the Tigris and the Euphrates) in what is now the area around Iraq. In an era before paper and when papyrus was expensive, the Akkadians employed clay tablets as a writing medium, with wedge-shaped (cuneiform) symbols pressed into the clay used to represent single syllables or as “logographs” to represent whole words.

But the language, a distant cousin of modern Hebrew and Arabic, was continually buffeted throughout history by languages of other emerging superpowers; Sumerian, Aramaic, Greek and finally Parthian, under which it finally died out in the first century CE. 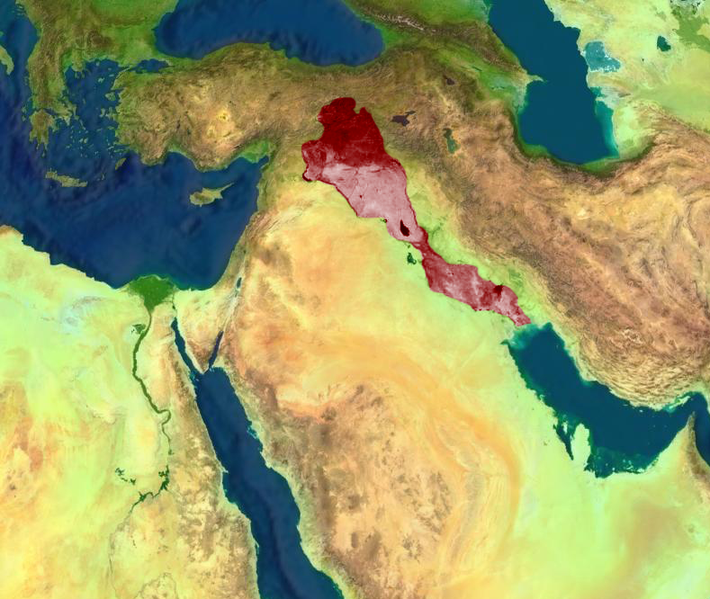 It is the language of the first great, urban civilisation, yet much of the texts contain rather ordinary subject matter – love letters, selling your children for some quick cash and indeed the interpretation of smoke patterns and animal livers to predict the future. If there is a crease in your sheep’s liver the king may be going on a journey, according to Robert Biggs, professor emeritus at the University of Chicago. However, not only were small, day-to-day titbits preserved, but also the great epic of Gilgamesh and other works of high literature. The wealth of cultural and literary information that has now been collected in the 21-volume dictionary is invaluable to understanding this neglected part of human history. Due to the gradual eclipsing of both the language and the culture in the Mesopotamian region, such history was in danger of being wiped out forever – something that also happened to much of the classical world in the dark ages. Yet more Akkadian clay tablets are being discovered even now – a much hardier writing medium that those mostly used by the Greeks and Romans.

Although the deciphering of Akkadian script only began in 1767, why did three and a half centuries pass before the first dictionary was published?

Arguably this has to do with the prominence of classical and biblical studies. At the discovery of yet another ancient language (I would imagine that learning Latin, Ancient Greek, Hebrew and Classical Arabic would be enough to put most people off for life), particularly one that was written in a highly complicated and uneven script, there was not much to be celebrated. Furthermore, the impact of that ancient culture was nothing like that of other ancient languages on the contemporary world. Throughout the middle ages, the Latin language was used by every scholar, scientist and politician, including Newton and Columbus, to communicate their message to the international audience. Furthermore, the literature of the great classical authors has pretty much always been with us, in one way or another, via the constant transcription by monks and other scholars throughout the centuries. The Bible was written in Greek and Hebrew and, in the middle ages, Europeans tended to focus on the flesh and blood of Christ a bit more than the creases of a sheep’s liver.

The lack of clear connection with this particular ancient culture – one that had been situated in the scary, foreign East as opposed to the jolly, Christian Italy – meant that it was largely unknown. In fact, if it wasn’t for the Romans’ obsession with Greek culture and attempts to identify themselves with older, greater peoples (such as the Trojans in the Aeneid), much of Greek culture may also have been neglected. And while we’re on the topic of neglecting cultures – how much attention is paid to the ancient Britons in our schools and universities? Our historical and cultural lineage is largely artificial (what part of “culture” isn’t artificial?). We tend to connect ourselves with those past cultures with which we most readily identify. That’s why the average person knows far more about Jesus Christ and Julius Caesar than about Æthelred the Unready, or indeed Gilgamesh. And thus we allow those cultures to live in our own, through many means, but certainly not least by language. The publication of the Chicago Assyrian Dictionary is a lifeline for this ancient culture and, although the American civilisation isn’t very old, they are commendable in preserving this disconnected culture through its language.