Not so Ancient History 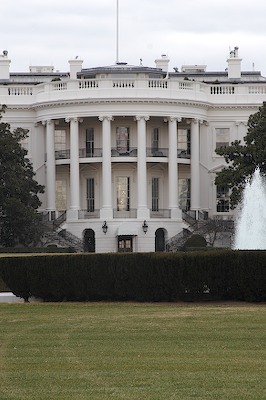 How much of ‘modern culture’ is ancient in disguise?

Ancient Greece remains to this day one of the richest periods of history, it can still capture the imagination of people thousands of years later and there is still bountiful amounts of evidence yet to be discovered. From the heroic and mythical stories of Achilles and Odysseus to the complex works of Plato and Aristotle ancient Greece is abundant with entertainment. However, in some aspects of the modern world it serves as more than entertainment. The dynamic societies of the period have resonated through history and have had a profound impact on modern society.

Allow me to remind you of the 2012 London Olympics, the vibrant crowds, festival type atmosphere and the moment of silence before the 100m sprint starts. The ancient Greeks valued this form of entertainment in the same way, capturing the competitive element of human vs. human in displays of physical strength and performance. The winners of the events would be shown great respect and given wreaths, similar to the celebrity status that victorious athletes gain today. The modern Olympics are a display of harmony between different cultures and nations something we have also inherited as the ancient Greeks stopped all war during the Olympics. For the first 13 years of the Olympics the only event was the stadion race, effectively a running race along the entire length of the stadium, and arguably even now the 100m sprint is the most anticipated event of the games. Other key events of the ancient Olympics are also still ongoing; wrestling, discus, running, javelin and long jump. So it is clear despite the advances in pyrotechnics, introduction of new events and lavish stadiums we owe one of our greatest cultural events to the ancient Greeks.

At the opposite end of the spectrum we have inherited many theoretical and political ideas from the period, the most significant being the development of democracy. The word itself descends from the Greek demokratia, combining the words demos “people” and kratos “power” creating the modern phrase people-power. Although the term was not quite as open as we perceive it – by people it meant only male citizens; no slaves, women or foreigners were allowed to participate. In the late 460’s BC the political system of Athens was subject to a radical change. Pericles, an Athenian statesman gave the people more power and the ability to hold government office. Prior to this political move citizens could not afford to hold public office as it was a voluntary position meaning the rich exclusively held office, through the introduction of paid positions Pericles strengthened the idea of democracy. The system we have today has of course evolved from these humble beginnings, but it still captures the essence of the original democracy, giving a voice to the people and the power of the many against the elite few.

You may remember Pythagoras theorem from GCSE maths, or like me, have allowed it to slip from your memory. Either way we have the ancient Greeks to thank for many modern developments in mathematics and philosophy. A less commonly known name is that of Euclid, otherwise known as the ‘Father of Geometry.’ His work on elements was used until the late 19th century and he can be credited for being one of the most influential mathematicians from the classical period. As well as mathematics the Greeks were passionate about philosophy, Plato and Aristotle are probably the two key figures that most people will recognise. Plato’s Republic is his signature work, it attempts to define the perfect governing system, this remains relevant today due to its political nature and scholars continue to analyse the text. However, Plato was in fact a student of Socrates; Socrates was famed for his forward questioning of people, often tackling the issues of justice and truth. To quote Socrates, “Wisdom begins in wonder.” He aimed to help people better themselves often by proving them wrong, by doing so he claimed it was better to not know the answer, than be wrong and believe your answer to be right. Confused yet? The Athenians certainly were and accused him of corrupting the youth; Socrates was executed for his belief, put to death with hemlock poison which gradually shuts down the body. Last and not least Aristotle, renowned for being the first to conduct a study of logic which he applied to the sciences, his work was the basis for medieval scholarship. Aristotle also achieved merit through being the teacher of Alexander the Great, who in turn gave his the necessary resources to conduct his work. It is evident that the intellectuals of ancient Greece assisted in our technological development and philosophical ideas of that period still remain topics of heated debate.

Perhaps the most obvious influence the ancient Greeks have on our modern world is architecture; chances are you have at some point experienced a building inspired by Greek style. The two main styles are Doric and Ionic; Doric is probably the most recognisable as it is defined by its vertical columns and plain roof. Ionic came later and was a development, the architecture was more intricate often involving friezes and this was more dominant in the Hellenistic period. Examples of these styles in modern buildings include the White House in Washington D.C. and the Oslo Trading Building in Norway, they are characterised by their round vertical pillars. You may also notice that ancient Greek buildings have slanted roofs so that rain would flow off the sides rather than gathering on top of the building. As well as inheriting style the surviving buildings in Greece such as the Parthenon are remarkable displays of the achievements of ancient Greece, standing the test of time serves to illustrate reliable architecture.

These topics are just a handful of the things we inherited from ancient Greece, hopefully this illustrates that despite new technology and a change in living the modern world still holds ties to the ancient world. Remnants of the past have an impact on our daily lives and preserving the culture and ideas of the period are vital to our own identity as well as the ancient Greeks.