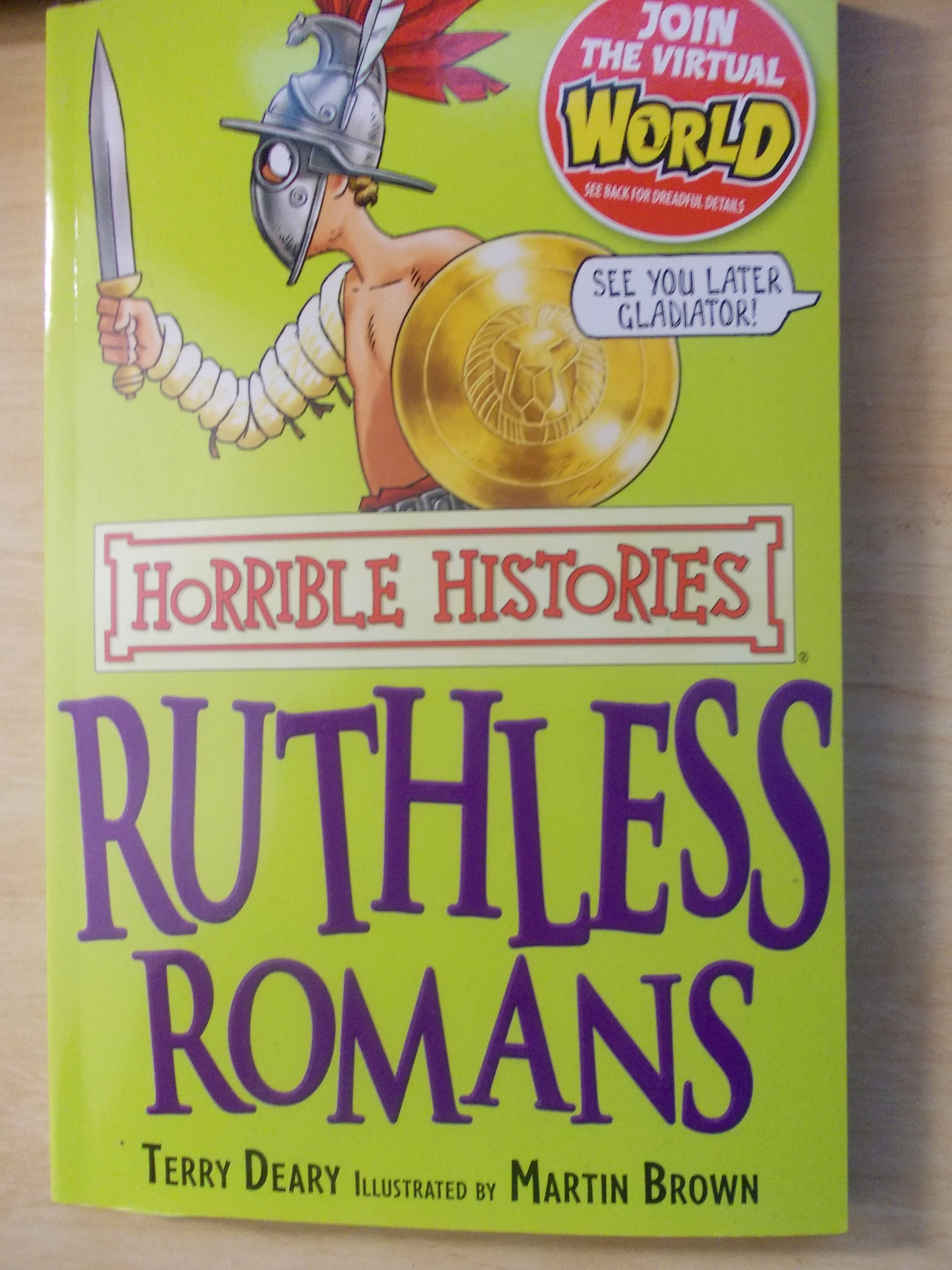 If you go up to any historian studying at Durham (not to mention a great many non-historians) and mention ‘Horrible Histories’ to them, you’re likely to get an immediate reaction. Most likely the kind of enthusiastic reaction that is generally only reserved for Disney movies watched as a child. For many of us Horrible Histories was a major part of our childhoods; the gruesome anecdotes and horrible jokes about how ‘the peasants are revolting!’ are as fondly remembered as Aladdin or The Lion King. For those of you unfortunate enough to be unaware of Horrible Histories, they’re an extremely popular series of children’s history books written by Terry Deary, designed to tell history in an amusing and engaging way in order to interest children in a way that stuffy old school lessons wouldn’t. The series is known for being highly witty and gruesome, but it’s also much more serious and hard-hitting than you might expect from a children’s series. I can still remember reading the Woeful Second World War and being shocked at the sections on the Holocaust and the Firebombing of Dresden. The latter was particularly shocking to me as it revealed some of the horrifying acts Britain committed during the war at a time when my understanding of it was ‘we were good and beat up the bad guys’.

So when I heard that the man himself was going to be in Durham I knew that I had to be there – both to interview him for The Bubble and because I wasn’t going to pass up an opportunity to meet my childhood idol. I’d only discovered that he was in Durham the day beforehand (the university, in its infinite wisdom, had decided to inform English students about the event but not History students) so I had little time to prepare. I definitely wasn’t prepared for the brief interview I did get, and it didn’t help that I was the only person in the queue to see him who wasn’t a small child or parent, so I was feeling just a little nervous and out of place.

I’d read interviews he’d given in the past, so I wasn’t exactly expecting an easy ride but there is quite a difference between reading about him being a bit abrasive to some journalist and having your childhood idol dismiss your degree to your face. I quickly found out that Terry Deary isn’t a massive fan of historians and considers most of them to be liars pushing their own agendas. As someone who considers himself to be a historian, this was just a little off-putting for me. I asked him what he had to say about the fact that there are now people studying history in large part thanks to him – the response was an emphatic ‘Don’t blame me’. Again, rather disappointing seeing as I am one of those people who considered myself to be inspired by him. Deary doesn’t consider himself a historian, merely a children’s writer who is paid to write about history. He says that he’s not interested in history; what he says he’s interested in is people and the story of humanity (I’d say that’s what history’s all about but we’ll agree to differ there) as well as telling the truth.

These are strong words but they aren’t exactly unprecedented ones. Deary has been a notoriously anti-establishment figure for some time, getting involved in public spats with historians like Niall Ferguson (though in my opinion, anyone who picks a fight with noted British Empire fanboy Niall Ferguson can’t be all that bad). The main problem with his point of view is that he seems to be railing at a style of history teaching that doesn’t exist anymore. He claims that lecturers are liars trying to push their own agenda but none of the lecturers I know would dream of claiming that they were speaking the whole truth or had all the answers; most of them would freely admit that yes, they are pushing a certain interpretation of history but that this is one interpretation out of many.

Deary claims that what’s being taught in universities isn’t the ‘truth’ and has in the past criticised historians for not writing ‘objective history’. However one of the main points I’ve had drilled into my head over and over again is that ‘objective history’ is a very elusive concept. With many of the events we study even the basic facts are in dispute due to incomplete or contradictory sources and even when we can agree on the facts there is endless disagreement on what they mean. Deary may claim to be telling the truth, but quite frankly as a historian I’m inherently suspicious of anyone who claims that they’re telling the own truth and that everyone else is wrong. Deary is entitled to his opinion but it’s a bit disingenuous of him to claim that he’s the only one telling the truth – most of the historians he criticises so much wouldn’t dream of making such a grandiose claim.

I was rather disillusioned by my meeting with the man himself, but I think you have to separate the man from his works. The fact that I disagree with the man on various issues doesn’t make him any worse a writer or make his books any less enjoyable to read. My brief experience with Terry Deary wasn’t the most enjoyable one of my life but it doesn’t change the fact that his books did spark a passion for history inside me, even if he might not approve of that!